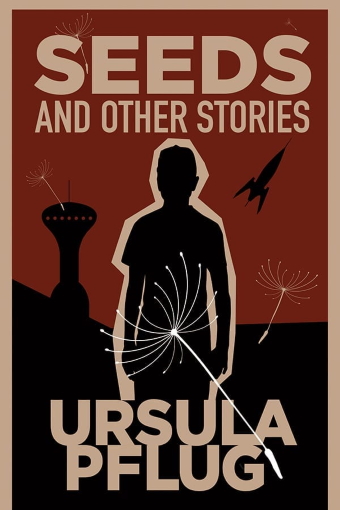 Ursula Pflug’s fiction demands to be savoured. Her new collection, Seeds And Other Stories, holds 26 short fictions ranging in length from flash fiction to short novelettes, each marked out by precise language and fantastic happenings seen edge-on. They’re not linked by plot but by threads of imagery: portals to other places; hallucinatory new drugs named for colours; gardening, and plants sprouting from the earth or human bodies. Each individual piece on its own carries a powerful emotional weight. Together it becomes difficult to read more than a few in a sitting, and that is no bad thing.

The stories in Seeds all can at least be read as having some element of the fantastic, though often it’s very slight. “Myrtle’s Marina,” for example, follows a man ambling about the run-down marina he owns and thinking back to moments that might have been magic. “A Shower of Fireflies” is an enigmatic two-page story about a mother reflecting on her life and her children. In the final story, “My Mother’s Skeleton,” a woman speaks to her daughter, remembers her mother, and meditates on art.

Most tales push reality further. “Mother Down the Well” opens the collection with a story about a woman in rural Ontario whose well holds a magical portal and her magic-touched mother. “Judy” is a short science-fictional tale with a post-apocalyptic feel, about a woman who loses a friend among a raging plague. “The Lonely Planet Guide to Other Dimensions” follows a writer who finds an alternate world in a mundane setting, and along with it a power to rewrite existence.

All these stories, and all the stories in Seeds, are intensely focused works. When not told in first person, they submerge themselves in a very tight and limited third-person point of view. Details of description are rarely given, only what matters to the character at any given moment. There’s an implied irony in this approach, insisting on the limitations of a character’s perspective, and it works. These are stories about absences, about things that once were and whether they may be regrown.

They’re also stories about emotionally intense subjects: family, lovers, visions (artistic, psychedelic, or both). Pflug illustrates these themes with an approach to the fantastic that borders on the surreal whether the fantastic or science-fictional elements are overt or not. There’s an allusiveness to them, and a willingness not to explain them. These are not comfortable knowable worlds with clearly-elaborated systems of magic or technology. These are worlds bigger and plainer than the characters we follow, who deal plainly with odd events: there’s little awe here, and where it does exist it’s often an awe of the natural world and not of magic. 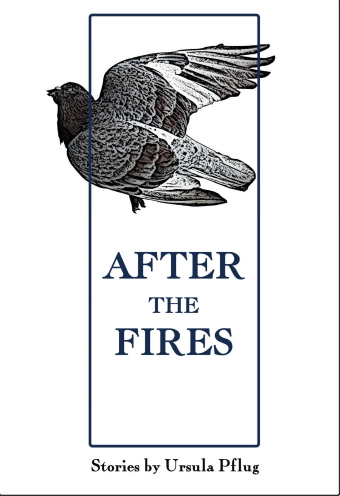 The spareness of the stories tends to pull them toward horror. Certainly a piece like “Harker and Serena,” about mysterious magical forces and oddly missing memories, plays with trauma in the way much good horror does. But then a story like “Daughter Catcher,” about a madwoman and witch seeking her missing daughter by working spells out of debris, has a touching upbeat ending for all that it focusses on loss and waste things; on what is thrown away, if also what can be reclaimed. Still the effect is something like horror, in that there are glimpses of realities beyond the everyday which evidently operate according to rules left unexplored and unknowable.

The reader has to put together pieces of story, then, and work out for themselves what’s going on. You could well call this slipstream (which term turns up as the name of a horse in “Trading Polaris,” one assumes used as a knowing genre nod). But you could also say that there are elements here of Southern Ontario Gothic; frequently though not inevitably in the choice of setting, also in a recurring depiction of repressive or conformist societies opposed by some form of outsider. Artists, madwomen, witches, and the generally non-compliant haunt the pages of Seeds.

Pflug in this collection is an observer of desolate spaces. Whether in Ontario or elsewhere, she writes of the poor and the lower middle-class, of musicians living three to an apartment, of bohemians and damaged people dwelling among decaying architecture. These lives, these spaces, are depicted without resentment: lack of resources, if not actual poverty, is merely the nature of existence.

As fits the title, there’s a recurring sense in Seeds of connections across generations. The title story is about a presence working to foster connections among youths and potential teachers, to build a better future. And so we in other stories elders working to establish some better future for the young. Occasionally that’s reversed, as in “Big Ears,” where a young musician helps an older man return to what matters to him. But there’s a frequent sense of steward-like figures, not authority figures, working to make times to come better than the times that have been: allowing seeds to grow and blossom.

On the other hand, there’s also a lot of stories here in which characters are haunted by the past, usually their own. Pflug does very interesting things with point-of-view and memory; stories may be nominally told in flashback, but then the unreliability of memory is also a recurring theme. Many of these stories seem to be told in the aftermath of something else; many of them are stories about recovering from something dramatic that happened once to one or more of the characters. 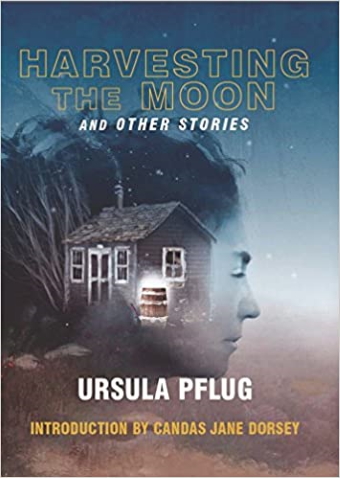 These things often resolve in some kind of literal or symbolic renewal, and by avoiding any kind of obvious attempt to play on the emotions Pflug’s neutral and precise style can bring about a sense of surprising peace at the end of a story. These are not straightforward reads, and they are not comfortable reads; there are no guaranteed happy endings, and almost no simple endings. But they have a tendency to turn toward the harmonious, in unpredictable ways.

Back in 2012 I reviewed an earlier collection of Pflug’s work, After the Fires. Looking at it again before reading Seeds And Other Stories I was struck by how the stories had stayed in my mind; or perhaps how I’d grown to better understand the work. Character felt more varied than I’d first understood, and the imagery more fluid. Looking at the two books together it’s clear that Pflug’s a writer with a distinct vision of human character and a distinct sense of how to use prose and the fantastic to bring that character out. There is, in particular, a sense of the interplay of generations that is different from any other writer I can think of — less nurturing or conflicted than an interplay of help and misunderstanding, a braid feeding back and feeding forward. The young, here, are as capable of nurturing old seeds as the reverse.

Seeds And Other Stories is a rich collection of stories revolving around art and growth. These tales reward active thoughtful reading, and at the same time deal with powerful subject matter. These aren’t easy stories, but they are deeply rewarding ones.

A compelling review! It is probably because I’m on an Edgar Allan Poe kick that I am reminded of one his maxims: every sentence should be used to drive the story forward. (He also loved ambiguity, of course.)

I like your remark about “Southern Ontario Gothic”; I’d be interested to discover how different it is (or isn’t) from good old American Southern Gothic–because I know that that’s dark as all get-out.

(I suppose, Canada being Canada, “Southern Ontario Gothic” is like its southern neighbor’s, just more polite.)