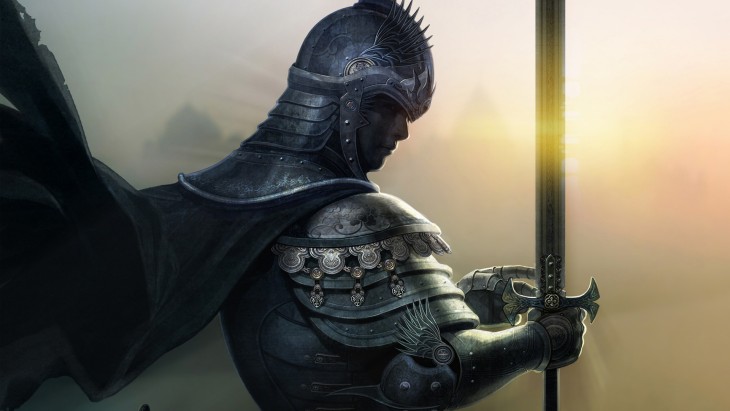 I’ve always liked this image. I got this from 1001freedownloads.com.

First, let me preface this by noting that I grew up in the 80s and 90s, where the concept of masculine heroism was, let’s be perfectly honest, pretty damned toxic and one-dimensional, two at most. With the the depictions of male characters from that era falling into two main tropes; the skirt-chasing misogynistic jock hero type; the hyper violent, suffers no consequence for the terrible shite they’ve experienced, whose writers conflated arrogance and misogyny for charm and charisma, or the “nice” nerd (with often the exact same shortcomings as the jock hero type), depending on the story being told, I find myself so often struck by the change I’ve seen in male characters in recent times.

Also, I am wildly aware that the above tropes were not completely universal in the 80s and 90s, but it was prevalent enough that now, when I see how male characters are written now, the difference is absolutely striking.

And I’m here for it.

There are several characters who’ve made it plain that this outdated, toxic perception of masculinity is changing, and I’d like to take the time to celebrate them. I’m drawing a lot from film and video games, as those are the mediums which often lack the time and space to explore characters as fully as they do in books. 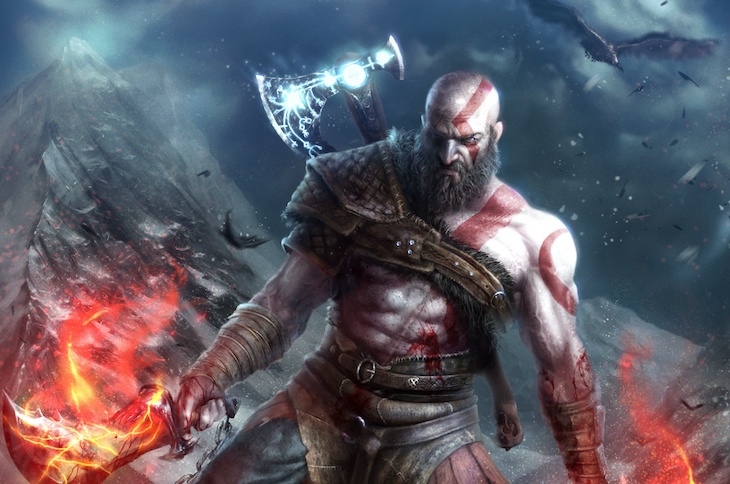 I could not have cared less for this character before the 2018 reimagining, but old man Kratos… old man Kratos is bloody fantastic.

While there certainly a great deal of valid criticism of the “sad dad” genre that was popular in video games in the past few years, I am an unashamed fan of both of the biggest games in that said genre: the 2018 instalment of the God of War franchise, and The Last of Us. There are others, but those are the two biggest ones that come to mind when talking of “sad dad” games. I do believe, valid criticisms aside, that Kratos in particular is a positive step forward when it comes to depicting masculine characters.

The previous incarnations of Kratos were… not great. Some attempt was made to make this murderous, selfish, angry, angry man sympathetic. For me, they all failed. Don’t get me wrong, it was fun moving this paragon of toxic masculinity across the screen, literally tearing the guts out of monsters and obliterating the Greek pantheon. But his ‘death’ at the end of the third game had me feeling absolutely nothing.

I play games for the same reason I read. I want to be present, connected to the characters. Kratos failed to create that connection.

Until they turned him into a sad dad.

The game is, on first pass, a quest to fulfill the dying wishes of Kratos’ wife (?), the mother of the boy with whom Kratos is journeying. In actuality, however, the story is about the effects of Kratos’ upbringing on his psyche, and the slow undoing of the terrible effects of his trauma at the hands of his open and loving son. At the beginning of the journey, Kratos cannot even bring to lay his hand on his grieving son. By the end, he thinks nothing of a gentle hug.

I really appreciated how he struggled against his own propensity for rage and how he only ever deployed that rage to defend his son, rather than on a mindless quest for vengeance. How he had to swallow his pride, and learn to trust a god in order to save his boy.

Is Kratos completely cured of his trauma? No. Of course not. But I appreciate that the game takes the time to subtly explore what Kratos’ trauma was, how it had made him a monster, and how this journey serves to humanize him a little.

Coming from a tradition where a ‘hero’ (anti or otherwise), can just rip endlessly through enemies, and never display any kind of uncertainty or psychological damage from either their own actions or the hell they endured, this rendition – this less certain, struggling, gentler character – was so very much appreciated and loved.

It helped, of course, that this Kratos was acted by Christopher Judge, whose performance lent a depth to the character that was previously unseen. 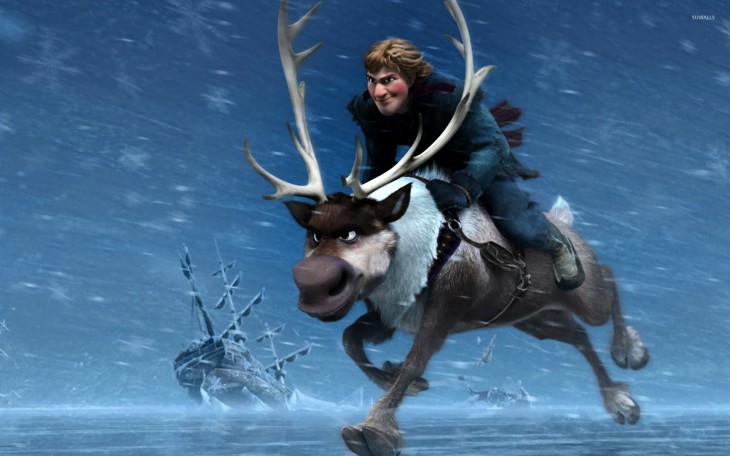 Okay, okay, but hear me out on this one.

The writers of Disney’s Frozen and Frozen II did a brilliant job with Kristoff. I have serious beef about how they handled Prince Hans, but that’s not what I’m here to talk about. Twice, I was immediately struck by how lovely Kristoff was. One time for each film (granted, I watched Frozen II for the first time very recently, which is why he’s on this list. He’s been on my mind for a bit).

What made me simultaneously raise my eyebrows and smile the first time was the end of Frozen, when Kristoff asked for consent to kiss Anna. It might have been played for laughs, but it was actually the sweetest, goofiest, most romantic thing I think I’ve seen for a while. Kristoff made no assumptions, demands, and certainly did not take regardless of the feelings of the person who had captured his heart. He checked in with her first. It’s a level of thoughtfulness, a signal of kindness, that male characters don’t often get.

And it’s not like Kristoff is less masculine or heroic than other characters either in the same universe or generally. He still performs one of the stereotypical duties of a male hero – he saves the girl. While not quite as successful in the first (props for trying his heart out, though), in Frozen II, Kristoff risks his life to save Anna from being trodden on by some very angry stone giants. However, and this is where the trope is turned on its head, instead of taking over, Kristoff gives Anna the space she needs to do what she needs to do. Instead of becoming the centre of attention, he offers his strength and courage in support of the heroine.

I tell you what, I damned near melted into my seat when Kristoff whisked Anna to safety and instead of insisting he knew best what do do next as so many other male characters/heroes have done in so many films, he says, “I’m here. What do you need?”

I died. I’m dead. This is a ghost writing this blog post. It was the single most brilliant display of love and trust I can recall in any movie with a romantic subplot. I died a second time when he states that “my love is not fragile.” Gods, but he is the best prince in Disney’s long history of princes. He got there by yes, being brave in the face of something awful, but also because he is gentle and supportive and appears to know that his masculinity is not diminished by the courage of the woman he loves. I love him 3000. 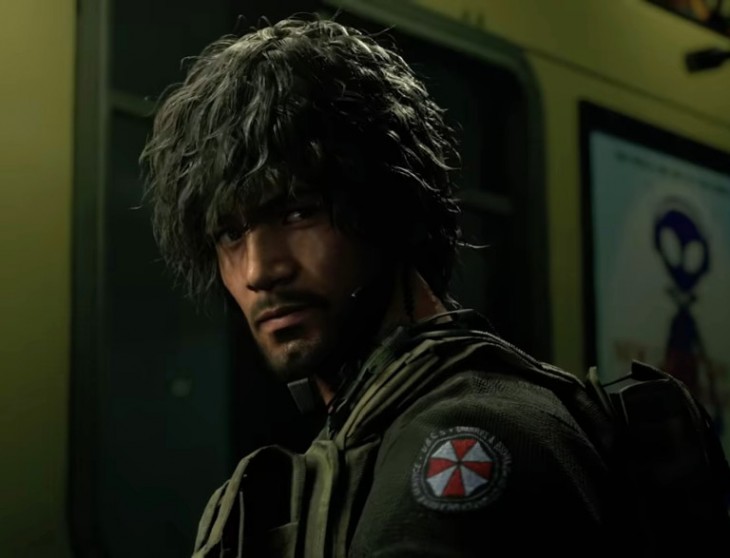 I made a joke about this guy being my new boyfriend. Pretty sure only my mother understood my humour.

Carlos has become one of my favourite male characters thus far this year, and it has less to do with his broad shoulders and handsome features than you might think. The reimagined Resident Evil 3 has come out to mixed reviews from most gamers, but the one thing that is pretty constant from what I’ve seen is praise for Carlos.

I’ve not played the original, but I’ve done some research for this post (which isn’t to say much, because it’s an opinion piece, not anything terribly factual). The previous incarnation of Carlos was that very stereotypical full-of-irritating-machismo skirt-chaser, whose writers thought misogyny and arrogance was the same thing as wit and charm… a thing that was popular in the 80s and 90s. Of the clips I’ve seen of previous Carlos, I’m pretty sure I’d have shot him in the head, twice to make sure, were I Jill.

Not so this version.

Like Kristoff, Carlos takes a supportive role when dealing with potential love interest Jill Valentine. I mean, it is her story, after all. Once again, this does not diminish either his masculinity or heroism one whit. Carlos is still a quintessential, bone fide hero. He saves the girl – several times. Let’s see, there’s that time he blasted Nemesis with a rocket launcher. Quite the meet-cute. Then there’s that time he helped Jill escape Nemesis by blowing up a tanker. And then that time her carried her through zombie-infested Raccoon City to the hospital hoping to find a vaccine for what ails her. He finds that vaccine, incidentally, saving her again. And then, not content with all that, he heads back out into danger to try and find more vaccine in a desperate bid to save the entire city.

Carlos is a complete badass.

More than that, however, this new, reimagined Carlos is not the jackass from the previous incarnation of the game. The skirt-chasing douchebaggery of the previous Carlos is replaced by cheeky, goofy kind of humour that is genuinely charming. It’s self-aggrandizing in a way that isn’t arrogant or precious. I would go do far as to say that this character gives of some serious Keanu Reeves kindness vibes. He respects Jill’s personal space, never talks down to her, even if he’s defending her against his own teammates, admits he’s impressed by her, and, when we first meet him, he’s the one nursing his commanding officer; caring for his wounds.

Caring is a trait he has in abundance, apparently.

When it comes to the final confrontation between Jill and Nemesis, Carlos doesn’t jump in to save the girl because he’s the man. He knows she’s got this. Instead, he does the next, equally as heroic thing, and goes after the real villain of the piece, who’s made off with the vaccine.

Look, power fantasies of the kind that 80s and 90s media provided can be fun, I suppose, but I find it thoroughly refreshing to see a different, kinder, gentler version of masculinity on display – one more of cooperation than rabid individualism – in more recent renditions of male characters. They still retain the ability for incredible violence, but it is no longer mindless, or mindlessly celebrated, either. Whatever some detractors might say about it, it absolutely does not diminish either the masculinity or heroism of the characters. Rather, it adds depth and personality to an archetype that is, let’s face it, entirely bland and utterly boring. It makes these characters far more real, and far more accurate to the wonderful men I know and love in my real world life.

We’ve been demanding better, multi-dimensional feminine characters for ages. We’re not quite there yet, in many respects, but it is improving. Along with this improvement, I’m thrilled to see that masculine characters are not getting left behind. They’re also getting deeper, more interesting, with greater dimension.