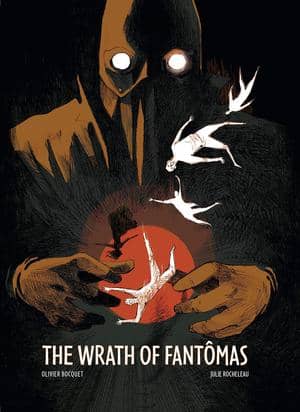 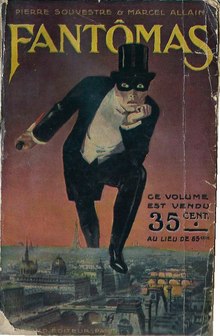 So it was with great trepidation that I read my copy of The Wrath of Fantomas graphic novel, which seeks to retell over 30 Fantomas novels from the last century as a new and largely self-contained work. The result is a new work based on an old property that I came to love from beginning to end.

The Wrath of Fantomas is a rare graphic novel I would compare to the works of Alan Moore at his very best. It is true to the spirit and word of the original series even if it does respectfully adapt them for a new medium.

This book is so good it was granted a place of honor on my shelf alongside the impressive uniform English translations of the original series (available from Antipodes Press along with a few stray volumes from Black Coat Press). That is something I only previously afforded David Lee White’s 2007 novel Fantomas in America, a reverent and faithful adaptation/expansion of the 1920 lost Fantomas serial that fits within the narrative gap between the original series and Marcel Allain’s 1925 revival in The Lord of Terror. 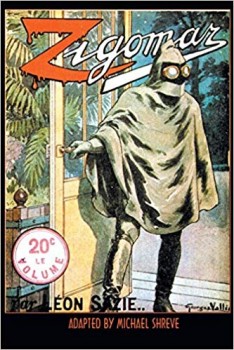 Olivier Bocquet’s script does an excellent job taking what was at heart a serialized gothic thriller playing out over three years in monthly novel-length installments and reconfiguring it as a perfect movie-length adaptation. Backstories and subplots are altered slightly to condense and simplify what is, by nature, a sprawling narrative. The result is lacking only the surrealist flavor of the original that leant it equal appeal to highbrow and lowbrow readership.

That isn’t to suggest that Bocquet’s script dumbs down the material. This is an intelligent and mature take that, in one sequence in particular (involving Lady Beltham’s valet), suggests the influence of Thomas Harris. The dark humor is still present, but used more sparingly than the originals.

Julie Rocheleau’s artwork did not impress me when I first viewed the sample pages online. The choice of watercolors to illustrate the narrative is best appreciated taking in the entire work. I can say quite definitively that about a third of the way through, I realized this approach actually was the best-suited to bring the material to life and Rocheleau is likely the best artist to breathe life back into the iconic figure of Fantomas. Much of the sexual content and grisly violence rendered in any form but watercolors would either be too restrictive or prove less effective.

A very nice touch is that Rocheleau’s Fantomas at times recalls Zigomar, the more obscure influence on the character who appeared in half a dozen books in France just prior to the introduction of Fantomas. Fortuitously, this English-language publication of The Wrath of Fantomas by Titan Books and Statix Press coincides with the newly published Zigomar omnibus of the first three books in the seminal series newly translated into English from Black Coat Press.

The Wrath of Fantomas previously received the 2013 Prix at the Interpol’Art Festival and was the recipient of the 2014 Joe Schuster Award for Ms. Rocheleau’s stunning artwork. This is not a politically correct Fantomas declawed for mass consumption. It is, despite the period setting, the perfect Fantomas for the 21st Century. It is a considerable understatement to say I closed the book impressed with the team of Bocquet and Rocheleau. I was in awe of their talent and, had my time allowed, I would have read it a second time through.

Bocquet and Rocheleau have paid Souvestre and Allain the greatest compliment imaginable. They have confirmed that over a century later, Fantomas is as relevant, terrifying, and engrossing as he was when he first took Europe by storm. Here is hoping a second volume from the same team is in the offing.

William Patrick Maynard is the licensed continuation author for the Sax Rohmer literary estate. His third Fu Manchu thriller, The Triumph of Fu Manchu will be published by Black Coat Press later in 2019.

[…] (Black Gate): The Wrath of Fantomas is a book I approached with extreme prejudice. It’s a graphic novel that […]

[…] (Black Gate): The Wrath of Fantomas is a book I approached with extreme prejudice. It’s a graphic novel that […]