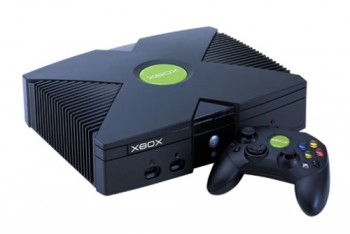 Any fellow gamers remember the red ring of death?

For myself, it was my baby brother, who had his fingers on the pulse far more than the rest of us. He was forever loading game demos on the family computer (there was one computer in the house). It was he who was given an Xbox, introducing console gaming. My brother, incidentally, now works in the video gaming industry.

When it comes to gaming, I’d say that mine is the first generation to “get” it. Which is to say, we’re not prone to the mass hysteria that seems to follow the gaming industry, labeling it as the cause of all society’s ills. We know it’s not, any more than Dungeons and Dragons was in the years prior, or novels were following the advent of the printing press.

As a young’un, I was keenly aware of the ridiculous gate-keeping that was present in gaming, and still is, to some degree, the kind that said gaming wasn’t for girls. So, despite my interest in gaming, I tended to stay away. Until a few years ago. Now I stream once a week (if that’s your jam, check out my Twitch channel) and play regularly.

The gaming industry is the largest entertainment industry in the world. In America in 2018 alone, it generated 43.3 billion dollars in revenue. It’s huge, and growing. I don’t think this is a cause for concern. Video games have a lot to offer.

For myself, I adore gaming. More specifically, I adore narrative gaming. There can be as much value a video game as a novel, a comic, or a film. I have been emotionally impacted more in video games than I have in the books I’ve read of late. One game affected me so much I sobbed openly at its end. While streaming. Live. I’m a winner. 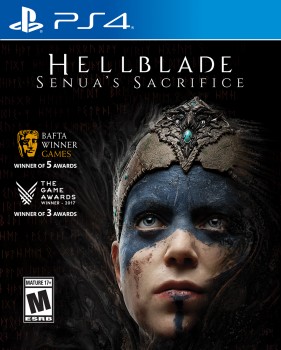 Hellblade. It utterly destroyed me.

First, let’s be clear, not all games have any narrative structure whatsoever and are just silly fun or rewarding challenges (Tetris and Mario Cart, anyone?). Some games apply a veneer of narrative over what is essentially a run-and-gun gore-fest type of game. That said, I tend to play exclusively narrative games. I game for the same reason I read or watch films. I want to be taken in by a story, to live in the world a while, and follow the characters.

Of the games I’ve played since I’ve started gaming (I was in my early thirties when I finally took the dive and bought myself a console), there are three that stand out as not only fun games to play, but exceptional examples of character development and outstanding story-telling. Those of you who have read my game reviews (oh yeah, I review games for chalgyr.com) can probably guess which three those are. For those who don’t want to guess, they’re The Last of Us, God of War, and Hellblade: Senua’s Sacrifice.

In The Last of Us, you follow Joel, a hard-bitten, deeply traumatized man who is one of the declining number of survivors following a zombie apocalypse created by a variant of the cordyceps fungus, and Ellie, a plucky young orphaned teen. The two are thrust together by circumstance, and embark on a journey across America in the hopes of finding a cure. Along the way, Joel, who has remained emotionally isolated following his daughter’s death during the outbreak slowly begins to open up and a powerful father-daughter bond forms between them. It is a beautiful, affecting narrative that made me tear up more than once. 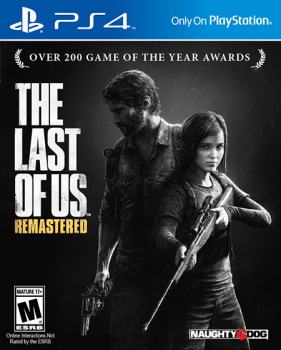 This game was so good.

Following the parent-child bonding theme, the latest iteration of God of War (as of this writing) exceeded all my expectations. Here, you follow the former Spartan warrior Kratos, of previous God of War titles, and his son Atreus as they battle a decaying Midgard to fulfill the last wish of Atreus’ mother. The story itself, however, takes Kratos, who was the one-note protagonist of a one-note game (which was one of those gore-fest run-and-gun (slash?) kind of games with a thin veneer of narrative… fun, but utterly empty), and turns him into a deeply affecting character. The narrative is about the undoing of toxic masculinity, self-acceptance and redemption, all told as part of the growing bond between previously distant father and son, and wrapped up in Scandinavian myth.

In both these examples, there is considerable discussion about toxic masculinity, the effect of violence on the psyche, and familial bonds. These issues are explored deeply, a benefit that elevates video games have over films; characters have the time and space to breathe. Many games fall somewhere between 30 and 100 hours in length, which permits characters, scenes and narratives all the time they need to be fully explored for maximum impact. 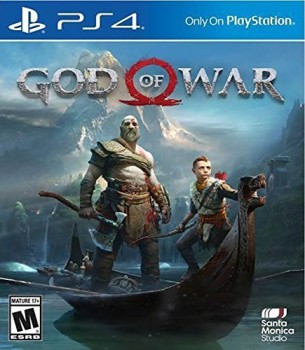 I went from not caring about Kratos to being thoroughly invested in him.

One of the most impactful games for me, however, was the afore-mentioned Hellblade: Senua’s Sacrifice. In this game, which was less than 9 hours from start to finish, you follow Senua, a Celtic warrior with Dissociative Identity Disorder (amongst other mental illnesses) as she journeys to Hel (not a spelling error) to rescue her lover’s soul from the clutches of the foreign (Scandinavian) gods of the invaders who obliterated her village and slaughtered everyone… Or does she? This game was tense, and terrifying, and profound and so deeply affecting I was left an emotional wreck for days afterwards. I have never, not in any other medium, been so touched.

Some games, yes, are fluffy fun or violent nothingness. Other games, like the three I’ve mentioned here, and so many others, are incredible narratives, couched in remarkable artistry and mind-blowing technology. Video games have so much to offer in terms of story, setting and character.

It is a mistake, I think, to dismiss video games as nothing but meaningless violence or fluffy skill tests. This is an extremely powerful story-telling medium.

When S.M. Carrière isn’t brutally killing your favorite characters, she spends her time teaching martial arts, live streaming video games, and cuddling her cats. In other words, she spends her time teaching others to kill, streaming her digital kills, and cuddling furry murderers. Her most recent titles include ‘Daughters of Britain’ and ‘Skylark.’ Her last article for us was a look at the BBS series Merlin. www.smcarriere.com