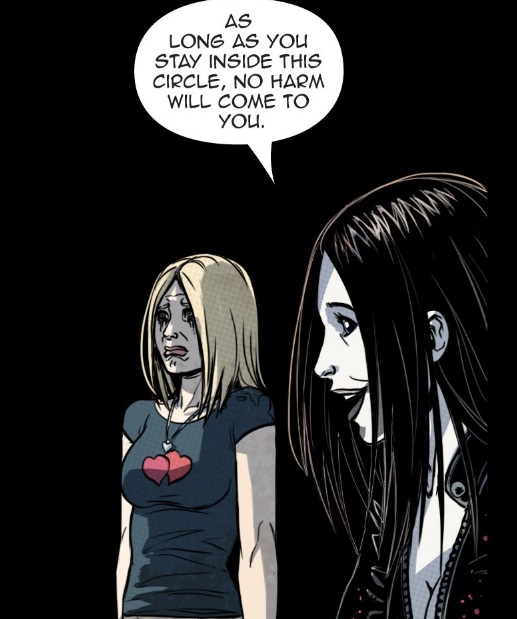 One of the forms of fantasy I’m interested in is horror. I can’t say I quite understand how it works, not enough for me to write it well consistently. So I’ve been looking at different works of horror, trying to learn. I blogged about Marvel’s horror comic Carnage, older horror comics like Eerie, year’s best collections like Ellen Datlow’s Best Horror Volume 8, movies like The Exorcist and The Shining, and classics like DC’s Swamp Thing.

Lately my reading has turned to Dark Horse’s Harrow County, by Cullen Bunn and Tyler Cook. It’s been heavily lauded in the comics press, has tons of great creators singing its praises, and I’ve been discovering it with delight. 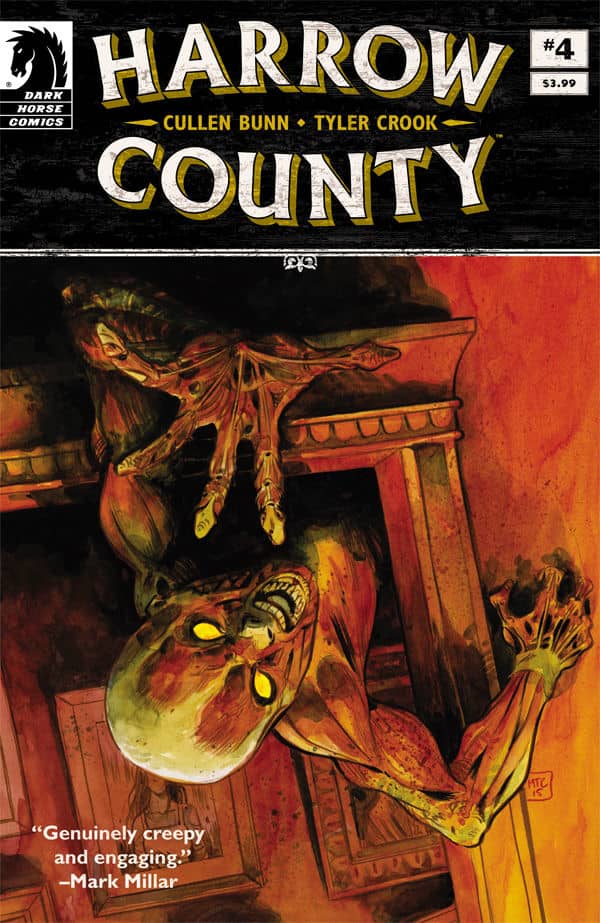 Harrow County is the set in a kerosene lamp agricultural America of the 1920s or so, focusing on a teenage girl called Emmy, who lives with her father. She’s got weird feelings, part of which she attributes to just growing up, but as the story unfolds, she discovers there’s something very spooky to it too. 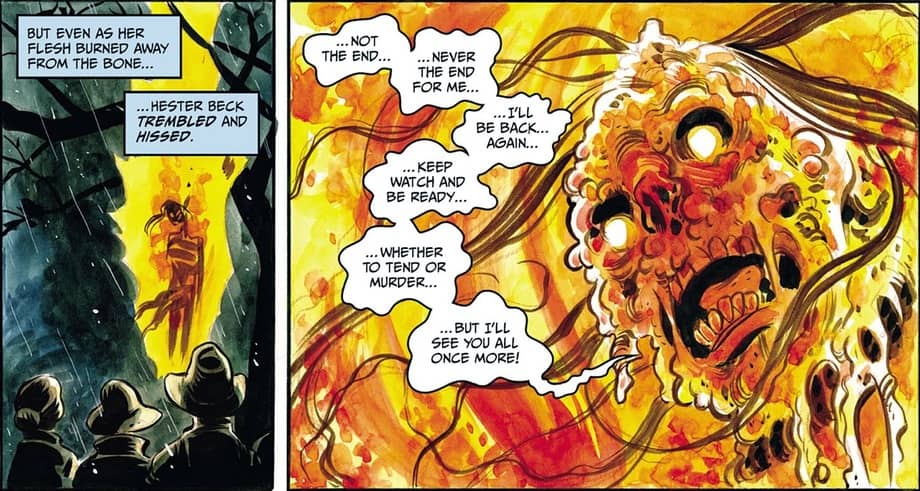 It’s not much of a spoiler to say that a lot of things are haunted in Harrow County, much the way the wood was haunted in Mythago Wood. The trees remember things, as do graveyards, and strange monsters live in the woods, all in some way psychologically connected to Emmy. 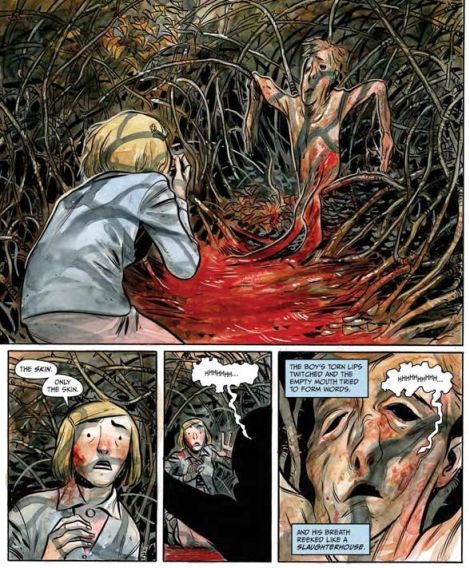 It’s hard to say whether the skinned boy (whose skin she carries around with her ever after) is a friend, an ally, or a familiar, but he’s creepy as *&^$ and warns her of spectral dangers. Other menaces, from wood and town creep out and Emmy’s definitely in a really bad place. 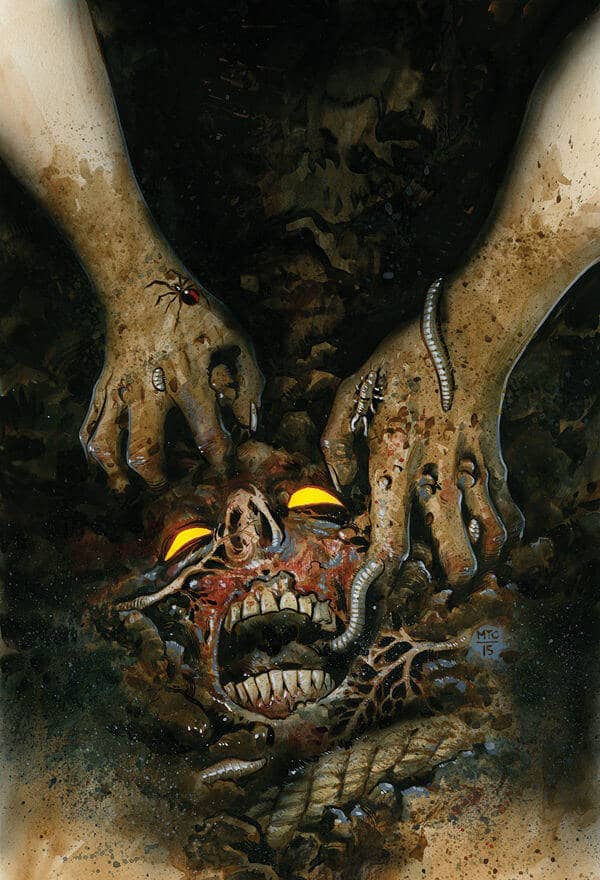 As the story goes on, the connection between Emmy and the strangeness in Harrow County becomes much weirder. It’s definitely unsettling and definitely worth reading!

I’ve also been reading the first episodes of Witch Creek Road over at Webtoons.com. 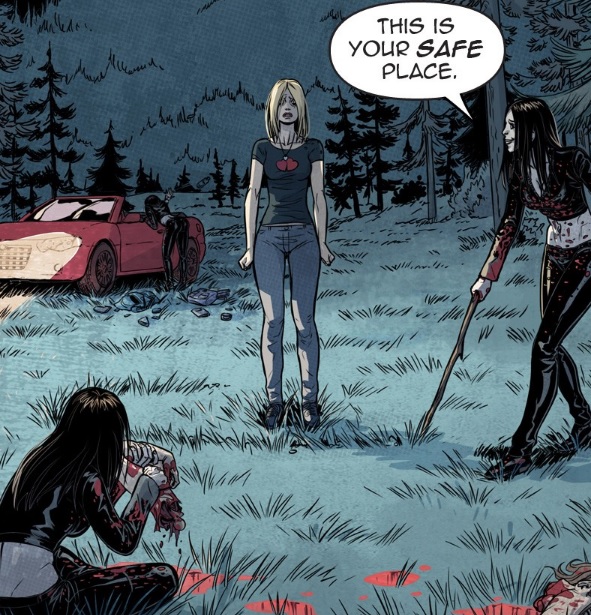 Witch Creek Road is a survival horror story, set with a bunch of high school party kids out in the woods, and apparently unstoppable demon mean girls. The art and writing are tight and give all the right feelings, including ambiguous signals on whom to root for. 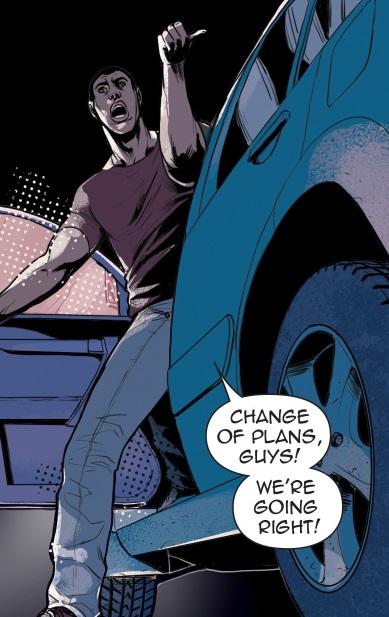 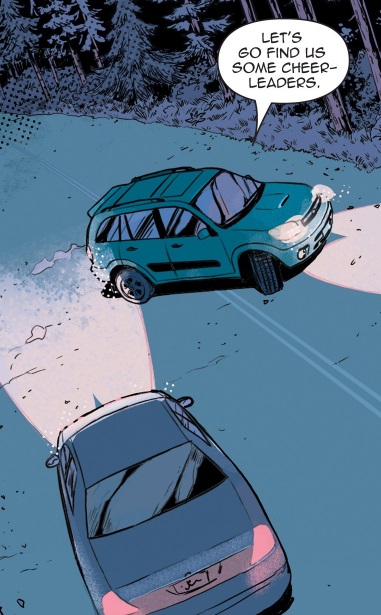 New episodes of Witch Creek Road are posted every Saturday. Webtoons is free to read, so check it out. Click here to start episode 1.

Derek Künsken writes science fiction and fantasy in Gatineau, Québec. His first novel, The Quantum Magician, a scifi heist set 500 years in the future, will be released on the 2nd of October, 2018. He tweets from @derekkunsken.