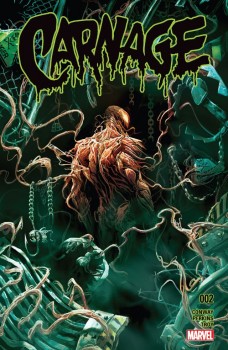 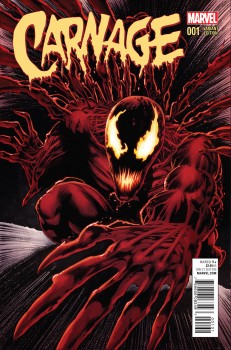 I was a bit lukewarm on the first two issues though. I chalked it up to me just picking up the vibe of the series. However, the quality was obviously there.

The art of Perkins and Troy was more than half the reason I stuck with it. I love very realistic art and vast visual scapes, and they delivered both. And although I didn’t understand any of the large cast they were assembling (other than Colonel Jameson, J. Jonah Jameson’s son, whom I knew was also Man-Wolf), there was lots of conflict and I felt in competent hands.

And from a purely horror perspective, I wasn’t sure how much of a horrific story this really was. In issue 2, the editor Darren Shan talked about this being a Marvel horror book, but frankly, I didn’t see it as being much more than a bit of a slasher-type horror, which doesn’t do much for me.

Nobody who died in the first couple of issues was in any way a character, so there wasn’t much to feel as a reader, other than a bit of dislocation with no one to root for.

Issue 3 hooked me though.

By now, we had a clear cadre of monster hunters, including Man-Wolf, Toxin (another symbiote – just go with the fissioning), Montesi (an old Marvel character associated with Dracula) and some government and academic people.

Not only this monster-hunting focus reminded me of the old Marvel Tomb of Dracula stories, but by issue 3, we got the Darkhold!  Marvel has had some different origins for vampires, but in my heyday of collecting (the 1980s), the Darkhold was the key that made them and could possibly undo them, as it did in Dr. Strange #62.

The Darkhold and Dr. Strange were also the entry-points for a lot of the Cthulhu-flavored influence that got into Marvel. And I was delighted to see in the third issue an underground temple. And structurally, I noticed a series of haunted house stories, done quite effectively.

The monster-hunters either fight Carnage or Carnage hunts: (a) in a demolished and crumbling mine, (b) on a small sail-boat, (c) in a big freighter, or (d) on an island. The classic haunted house story always restricts everyone’s movements, traps them in a closed space, multiplies the horror of the monsters, and lets the story go. And that’s what Conway did here.

I really enjoyed my binge-read of the Carnage series up to the present issue (#11). I’m going to keep coming back to it.