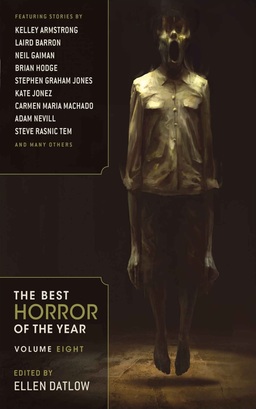 Despite me not being a horror writer (or much of a reader, or a movie watcher), it surprises me that about a quarter of my posts end up touching on horror in some way. That being said, I am trying to crack to horror code, to see what makes it work, mostly because I’d love to have additional tools in my writerly toolbelt, and partly because I just like to figure stuff out.

I recently finished reading Ellen Datlow’s The Best Horror of the Year, Volume 8 and thought I’d put my musings to paper (or electrons). In the interests of full disclosure, I appeared in her Best Horror of the Year, Volume 6 and may have gotten an honorable mention in Volume 2. That being said, I’ve got no other interest in this book — I just wanted to read the anthology and talk about it. Make of that what you will.

Now, it doesn’t take much of a definitional search to find the totally intuitive statement that horror fiction seeks to provoke shock, fear, repulsion or loathing. A bit more searching unearths the definition of weird fiction, the cousin of horror, which blends horror, fantasy and science fiction. I’m not trying to be academic or coy with my thoughts on Datlow’s 8th Best of the Year. This kind of grounding was necessary (for me) to fully take in what I was reading.

Why’s that? Ask most anthologists (or for that matter magazine editors who put 8-12 stories per month in an issue) what their concerns are, very often you’ll hear balance.

When I read a Gardner Dozois Year’s Best SF, I know he will balance space opera, with near future, with far future, with alternate history, with literary SF, with military SF, etc, etc. That is to say, like SF, horror has its own sub-genres and each one comes with its own conventions. You may be very disappointed if you read a literary SF story expecting to apply the conventions of military SF to your reading. I didn’t want my inexperience with the horror field to detract from my read of this year’s best. 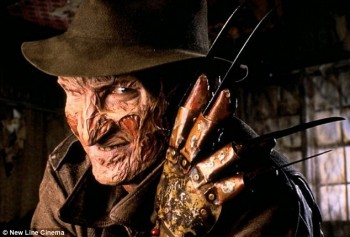 I actually went a step further. I also sought a bit of horror discussion from two horror writers I know: Matt Moore and David Nickle.

One piece of advice (more from the how-to side of things) that Moore offered and I found helpful is that the more gut-punching stories are going to involve transgressions within families. Nickle made the very interesting point to me that of the speculative fiction genres, horror is the closest to mainstream literature, because horror’s concern is with characters and the wrong choices they can make.

I’m of course paraphrasing my understanding of what both these excellent horror writers said, so if I misconstrued, it’s my fault. I linked to their blogs above if you want to hear them say smart things without me translating.

So what did I think of Datlow’s anthology?

There are a lot of disturbing stories in here. Datlow started strong with Kelley Armstrong’s “We Are All Monsters Here” and Stephen Graham Jones’ “Universal Horror.” Armstrong’s tale of society reacting to a contagion felt like sinking into the decaying of society’s morals, each part of the descent surprising and inevitable, shifting the source of the horror each time.

“Universal Horror” was entirely contained within a house on Hallowe’en night, and the visitors who come trick-or-treating, and what they reveal about those inside the house are truly chilling. The last story of the anthology, “The Stagnant Breath of Change” by Brian Hodge was as powerful as a piece of literature and as a metaphor for the generational struggles we’ve seen with Boomers and the Greatest Generation.

Between these bookends, Laird Barron’s “In a Cavern In a Canyon” is a story that disturbingly invited me to consider humanity as prey, while Cluley’s “Indian Giver” felt like an orbit around the horrific genocide of Americans Natives by the US government, but done in very personal terms here.

“Between the Pilings” by Steve Rasnic Tem appeals directly to disturbing Lovecraftian weirdness and strange homecomings, whereas “The Rooms Are High” by Reggie Oliver is a different kind of homecoming whose most powerful moment for me was the revelation of the originating sin.

The inciting transgression actually was a useful way to look at many of the stories, in part because of Matt Moore’s suggestion to me of looking at each story as an exercise in cosmic balancing and justice, because horror stories are also moral tales.

“Pilings” and “Rooms” also had a bit of a feel for the reader of having bitten a hook in line one, and being slowly reeled in, inescapably. And also on Lovecraftian stories, Hippocampus is a powerful, stylistically different winner in this sub-genre: no dialogue, no action, no character, and impossible to put down or look away. 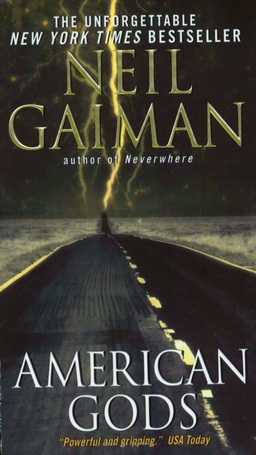 Dale Bailey’s “Snow” is about the choices one might have to make when faced with the zombie apocalypse and is very well done. More chilling was Gary McMahon’s “My Boy Builds Coffins.” The title alone is disturbing enough, but the story goes in directions I didn’t expect, all of which further creeped me out.

“All the Day You’ll Have Good Luck” by Kate Jonez was a lot of fun, starring con artist carny folk with a twist. And Stephen Bacon’s “Lord of the Sand” gives the reader a ringside seat on a revenge fantasy, which certainly had its moments of visceral repulsion for me.

There were pieces that flew over my head too, though, not quite connecting me with fear, or that delivered glancing blows of revulsion or disturbance. Tom Johnstone’s “Slaughtered Lamb” involves a slab of meat’s travels through the terrifying politics of Ireland. Other stories I didn’t quite get, but will reread were Tamsyn Muir’s “Woman in the Hill”, an epistolary tale set in the 1800s, “The Underground Economy” by John Langan, “Wilderness” by Letitia Trent and “The 21st Century Shadow.”

I looked at these stories from the angle of disrupted families, broken trust, the inciting transgression, but although they were beautifully written, I missed something in the symbolism or metaphor.

I have lots more to say, but I obviously don’t want to spoil the excellent stories. I do recommend this anthology if you like horror or want to try out the gnere. My own inexpert reactions above should show you that the anthology is accessible and powerful at the same time.

The giant selling feature in my view (as with all Year’s Best anthologies) is that Datlow has selected broadly across the sub-genres of horror, from ghost stories to monster stories to Lovecraftian pieces to highly literary and so on. And, if you find an author you really connect with, it’s very easy to check out their other stories or novel-length works. So, give it a try.

Derek Künsken writes science fiction and fantasy in Gatineau, Québec. He tweets from @derekkunsken and blogs here at Black Gate every two weeks.