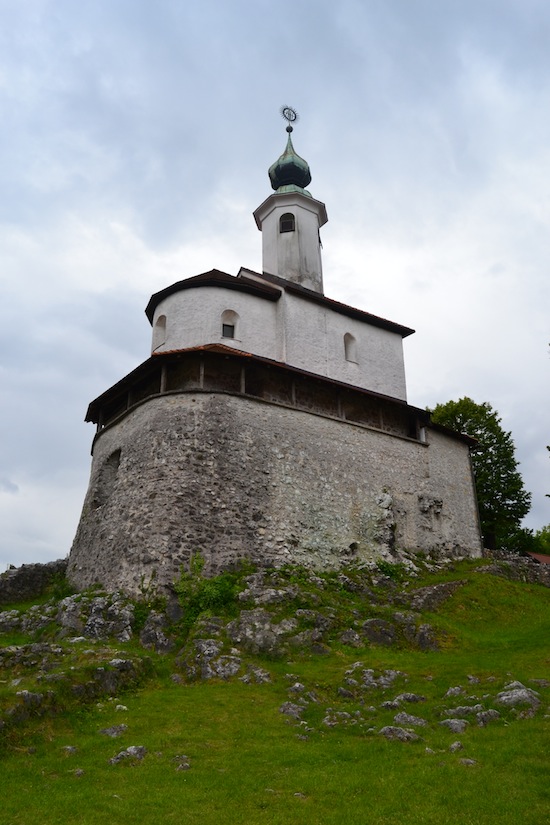 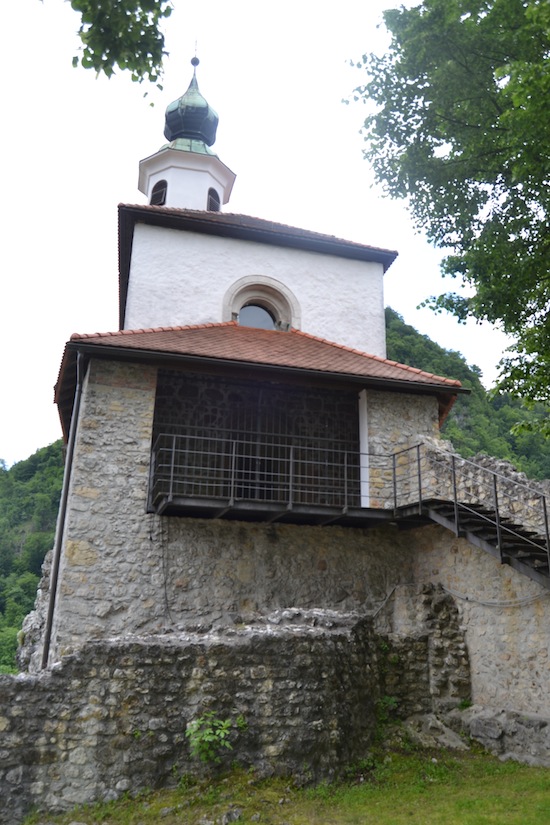 The medieval chapel is dedicated to St. Eligius. The first chapel was built here c.1100 and was rebuilt in the 18th century. It contains some well-preserved Gothic and Baroque frescoes. Unfortunately I was not able to get inside during my visit. Perhaps you’ll have better luck.

There’s a fun folktale connected to this castle and chapel. At some time in the remote past, the Countess Veronika lived in the castle. She was famous for her miserly ways. When three priests visited her one day asking for a donation to the local church, Countess Veronika replied that she would rather be turned into a snake than give them anything. God heard her blasphemy and zapped her with a lightning bolt, turning her into a half-human, half-snake freak.

Luckily for Countess Veronika, a seven-year-old boy saved her by whipping her on the back three times, removing the curse. She was so grateful she gave the kid all her money. 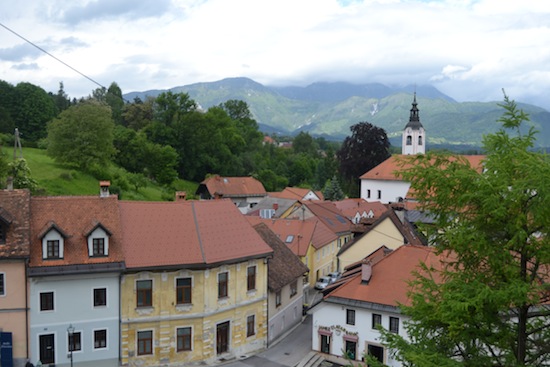 A view of Kamnik 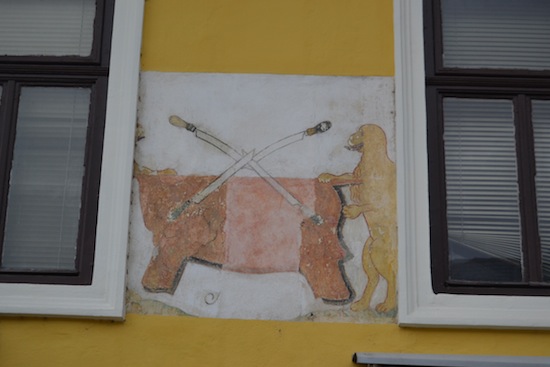 Some of Kamnik’s buildings have these cool old frescoes advertising
the shops that used to be there. Is this a butcher’s or a tannery? Considering
that the critter on the right is lickings its lips, I vote for the former.

Kamnik’s other castle is a bit harder to find, being in ruins atop a heavily wooded hill.

Stari Grad (“Old Castle”), is a 13th century castle that has now decayed into overgrown, hidden ruins. You reach it by a twenty-minute walk from town up a series of steep switchbacks and are rewarded by some fine views of the town and nearby Alps. The ruins, as you can see, are quite atmospheric. 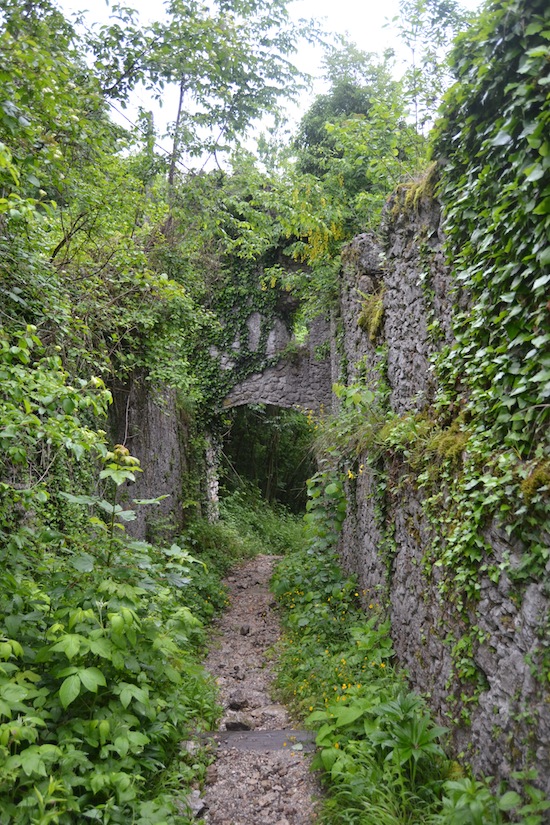 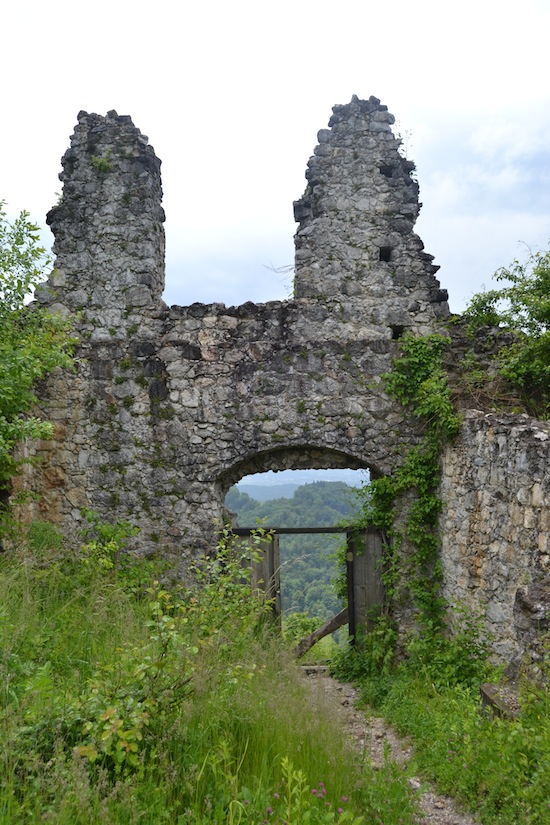 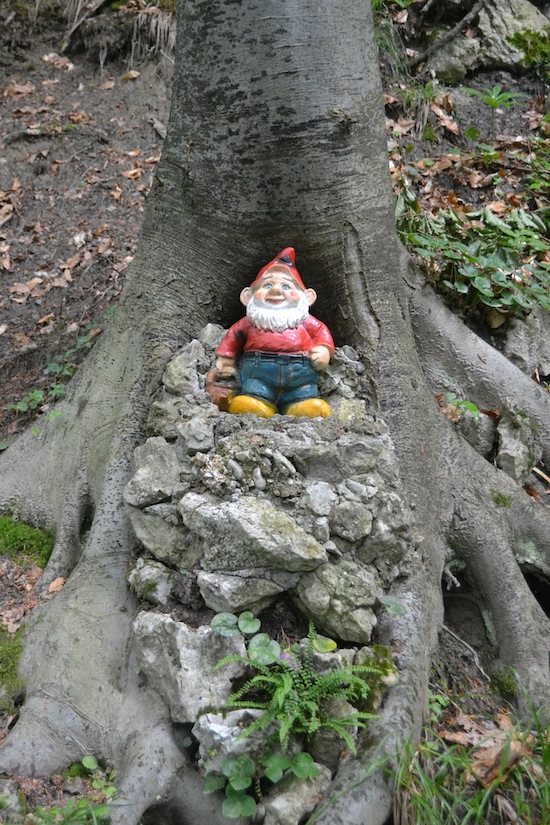 I met this little fella on the way up