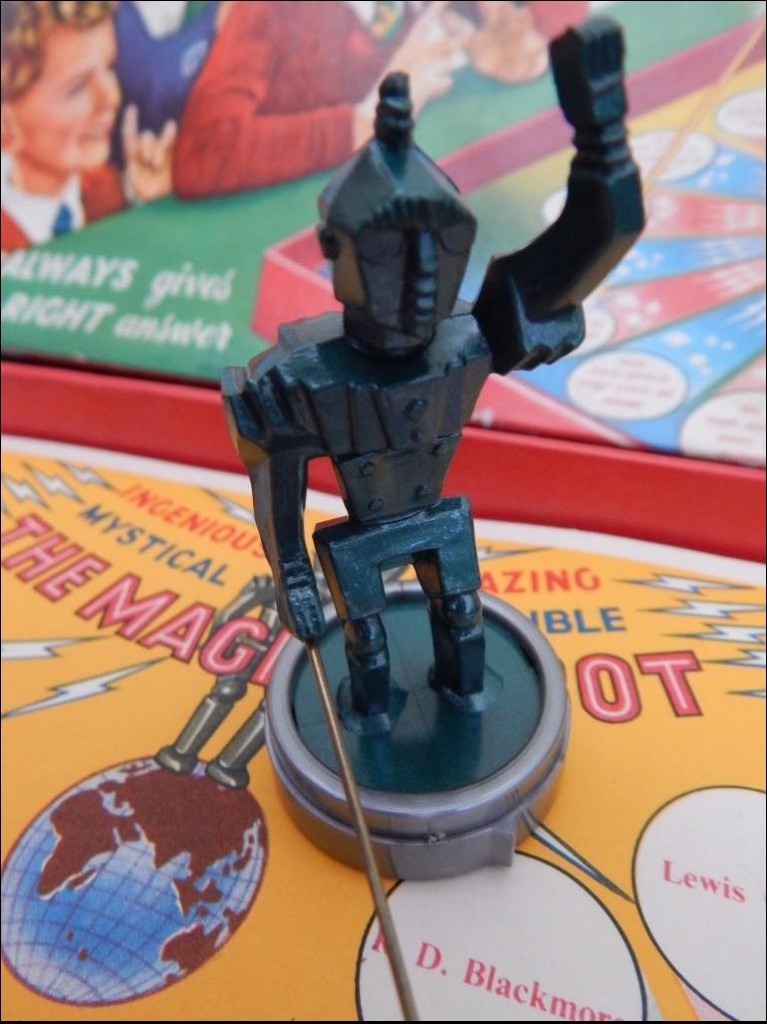 You and your friends sit around a table. You carefully take the Amazing Magic Robot from its niche in the box and set it in the middle of a circle of questions, making sure the tab fits into the slot. Spin the pointer to a question you want answered. Challenge your friends. Do they know? Let’s see if they’re right.

You pick up the robot and move it to the other circle, the one of answers. When you let go, the robot — magically! — moves all by itself and points to the correct answer. Every single time. You can’t fool it. The Amazing Magic Robot knows all. And speaks a dozen languages. 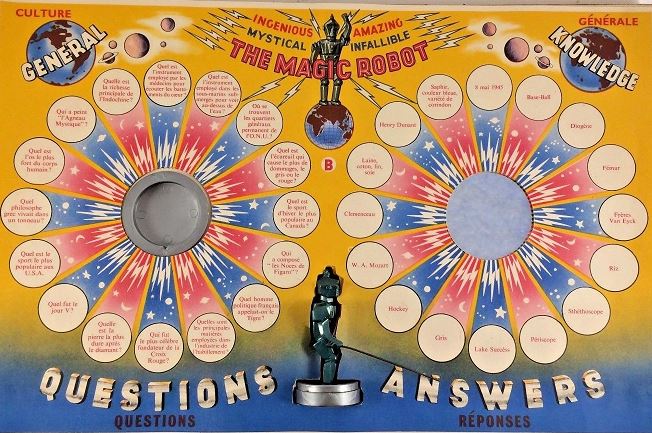 It is magic. No wires, no batteries, no cheating.

The British toy company J & L Randall Ltd made scientific toys under the SEL brand name and board games under the Merit brand. Kids would grab up copies of Meccano Magazine and look through the ads to find the latest wonders Randall sold, from microscopes to steam locomotives. Some time in 1950 they would have come across The Amazing Magical Robot. It was a hit and the three smiling, shiny kids on the cover of the box would become iconic. Merit churned out edition after edition, adding more and more double-sided question boards on a variety of subjects long before Trivial Pursuit.

The concept wasn’t original. A patent was granted to G. A. Goodson for a magnetic game in 1892! Some sites credit Swedish children’s book writer Gösta Knutsson as inventing the more modern version in 1935. Back then, robots weren’t as much of a draw, so question games appeared in a million variants.

Once let loose in the world, robots take over. The game appeared all over all Europe, translated in local languages and with the robot assuming the local name and image. 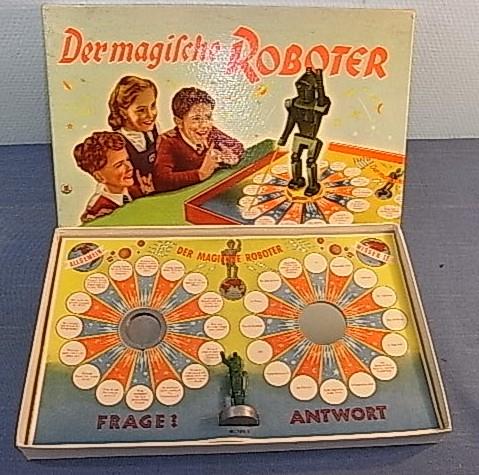 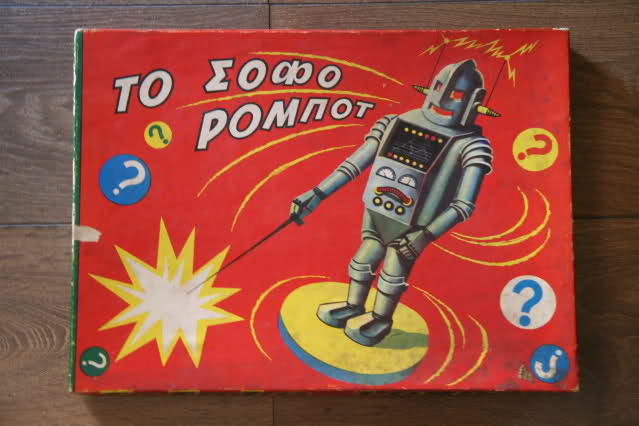 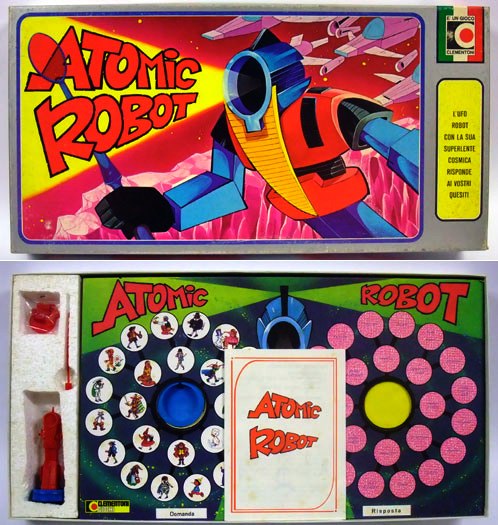 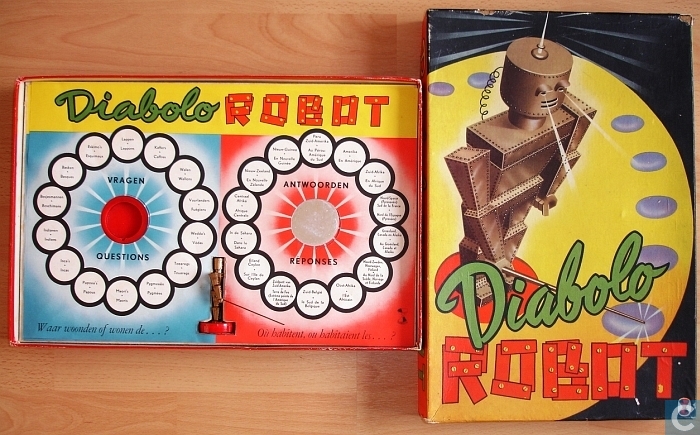 And of course American companies jumped all over it, modernizing the look and feel as the decades passed. Is Astro, the Wizard from Mars, a robot or an alien or an alien robot? Climb into your rocket and zoom to Mars to find out!

Steve Carper writes for The Digest Enthusiast; his story “Pity the Poor Dybbuk” appeared in Black Gate 2. His website is flyingcarsandfoodpills.com. His last article for us was The Secret Origin of Ultron.

Thanks for this robot goodness, Steve!

And yet another item I had never heard of. Cool. I also note oyu write for the Digest Enthusiast. I divested my pulps recently to catch up with my comic book file but kept my digests. Have complete run of If (175issues) and over 100 Saint magazines. and some other odds and ends. Haven’t seen an issue yet but eventually Amazon will receive an order espcailly because I have the Espionage run (including the three magazine sized editions. Sort of hoping you’ll get around to the Ideal RobotCommando. Hint Hint