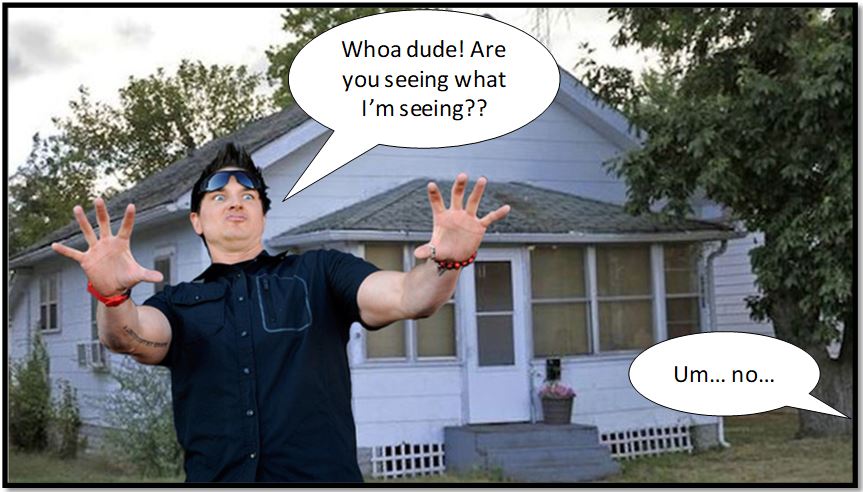 Given my avocation it probably comes as no surprise that for a time I never missed an episode of the Travel Channel show Ghost Adventures. The hand-held-camera “reality” series follows paranormal investigator Zach Bagans and a small crew as they spend the night in various locations around the globe which are reportedly haunted.

By any series standards, Ghost Adventures has had an amazing run since premiering in 2008. Allegations that Bagans and crew play loose with the facts, and emphasizes showmanship over hardcore research is a bit of a non-sequitur considering the subject matter. But somewhere around 2013 the productions values as well as the dramatic, over-acting went too far and for me at least, the show lost its gritty fun. Then in 2014 a member of the original crew, Aaron Goodwin went on record telling the us all the shocking news that the Travel Channel faked most of the paranormal activity documented on the show. At that point my willingness to suspend my disbelief had been stretched to the breaking point and I was done. However, here we are in 2018 and Ghost Adventures just aired their 182nd episode in January, with new episodes coming in March.

So, color me shocked that it took ten years, but I’m here to tell you about the inevitable – a Ghost Adventures movie.

Round about four years ago, a small house in Gary, Indiana made headlines for reportedly being possessed by over 200 demons. Naturally, the stories caught the attention of Bagans, who bought the house sight unseen for $35,000 from the owner who reportedly was all too willing to sell.

According to the Indiana Star newspaper, one of the house’s last residents was mother-of-three, Latoya Ammons, who sought religious, medical and law enforcement help after allegedly experiencing a series of disturbing events inside. Those included family members levitating, speaking in tongues, convulsing and acting extremely violent.

Some of the incidents were backed up by members of the local police department, as well as workers with the state’s Department of Child Services.

In one such incident, one of Ammons’ children was described as walking backwards up a wall inside of a hospital room, flipping into the air and landing on his feet. In another instance, at their doctor’s office, medical staff reported seeing one of the boys being lifted and thrown into a wall “without nobody touching him,” according to a Department of Child Services report.

However, the home’s owner / landlord noted there had not been similar problems with the house before or after the Ammons residency. Additionally, from what I could find, no other paranormal investigators aside from the Ghost Adventures’ crew were allowed access to the property, including non-paranormally inclined investigators. Joe Nickell of the Center for Inquiry attempted to have a look but only got as far as the front yard.

But there is no stopping a story like this which appeared in a reputable main-stream newspaper and was backed up by a local priest who tried exorcising the house and Ammons’ children, as well as a local police officer who responded to one of Ammons’ multiple calls for help. The pull of fame, however brief, was too strong.

Shortly after the original story appeared in the Indiana Star, deals were being struck. Rev. Michael Maginot, the priest who performed the exorcism, signed a deal with Evergreen Media Holdings, the production company responsible for The Conjuring. Maginot also agreed to help Bagans with his documentary. 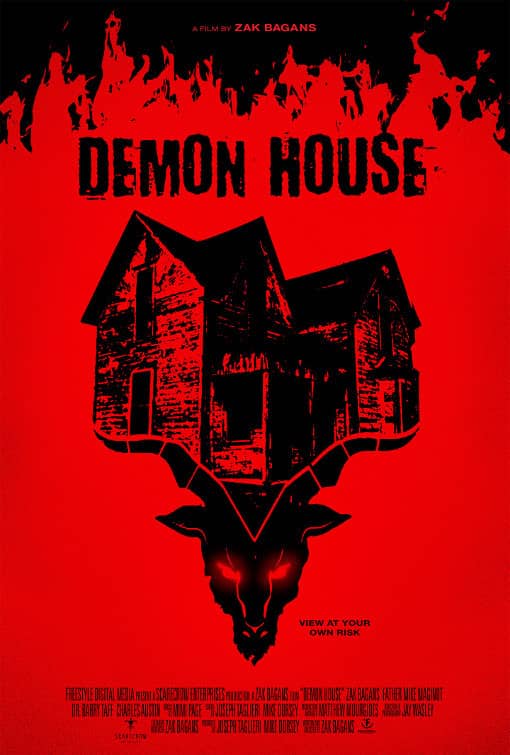 The new movie in question is called Demon House, produced by Bagans himself and touted as a pseudo-documentary of he and his team’s investigation. As you would expect, the house has been the target of vandalism and seances since the story broke and the negative attention only grew after the Bagans’ purchase. In February, 2016 it was torn down. Bagans told Indiana Star his reason for destroying the home will be presented in the documentary, but chances are the neighbors simply got sick of all the shenanigans.

I found the trailer for Demon House on Youtube and you can check it out for yourself below. But try not to strain your eyeball muscles from rolling them so hard…

Demon House is set to debut in select theaters nationwide, while also becoming available to rent and own on VOD in digital HD across cable, internet, and satellite platforms on March 16.

Is this guy the goof who would wave his hand in the air, look back at the camera, and holler, “I feel it right here!!”? If so, whatever his paranormal qualifications, he’s a comic genius.

TPark – I just snorted my adult beverage out my nose. Unpleasant but totally worth it for a comment of that caliber…