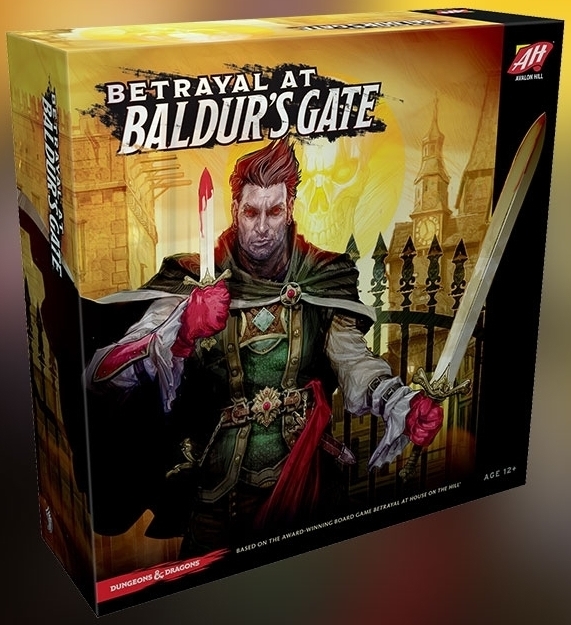 I’ve been fascinated by the D&D Adventure System cooperative play games, which include Temple of Elemental Evil, Castle Ravenloft, Legend of Drizzt, and Wrath of Ashardalon, because apparently they can all be used together in one giant uber map of fun. (I don’t know for sure, of course, because my copies are all still in shrinkwrap and buried in the basement, but I think that’s the general idea.)

There’s been a pretty consistent drumbeat of releases in the series, including two others just this year, Assault of the Giants (February 15, 2017) and Tomb of Annihilation (October 18, 2017) — so much so that it sometimes seems that Wizards of the Coast has wholeheartedly embraced the industry’s shift away from tabletop RPGs towards board games by gradually turning D&D into a top line board game brand. I don’t think their board game releases outnumber their RPG supplements for 2017, but it’s probably getting close.

I heard plenty about Assault of the Giants, and ordered a copy over the summer, and I’ve seen a lot of recent chatter about Tomb of Annihilation. But October’s other D&D board game release, Betrayal at Baldur’s Gate (October 6, 2017), took me completely by surprise. In fact, I’d probably still be blissfully ignorant if I hadn’t seen an Oct. 3 Facebook post from Games Plus  (hat tip to Arin Komins for the link). 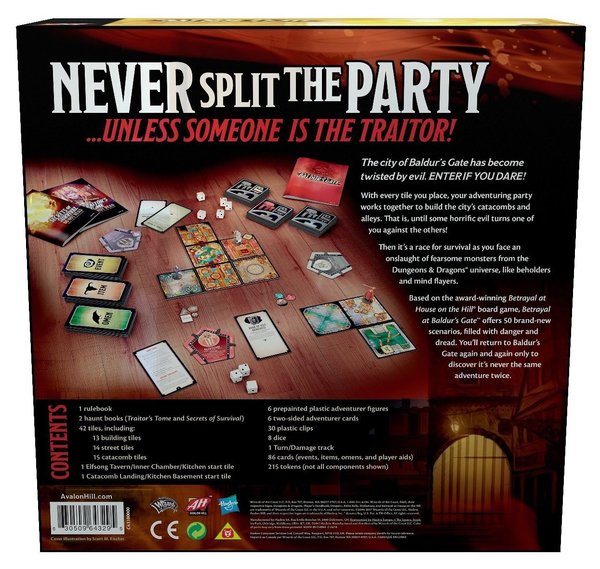 This is the first D&D board game to leverage the hugely popular videogame brand, Baldur’s Gate. It’s unusual for another reason as well — it’s the first D&D game to be released by Avalon Hill, not Wizards of the Coast. 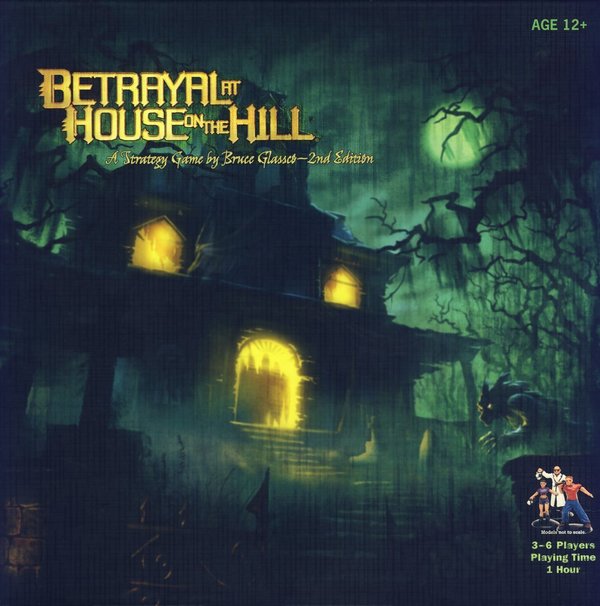 Avalon Hill, like Wizards of the Coast, is owned by Hasbro, so things are all kept in the family. Still, I think this is the first time a D&D product has appeared under the distinguished Avalon Hill banner; it’s an auspicious occasion.

So what’s the game all about?

Betrayal on House on the Hill has a pretty simple premise. 3-6 players investigate “that creepy old place on the hill,” a house filled with monsters and deadly secrets, until finally one of them turns on all of the others. Tiles keep the layout of the house fresh, and play is driven by one of 50 storylines in the scenario booklet, so events unfold differently every time. Betrayal at Baldur’s Gate uses this same mechanic to create a game of exploration and ultimate betrayal in perhaps the most famous city in the Forgotten Realms. Here’s the catalog copy.

Never Split the Party… Unless Someone is the Traitor!

The shadow of Bhaal has come over Baldur’s Gate, summoning monsters and other horrors from the darkness!

As you build and explore the iconic city’s dark alleys and deadly catacombs, you must work with your fellow adventurers to survive the terrors ahead. That is, until some horrific evil turns one — or possibly more — of you against each other. Was it a mind flayer’s psionic blast or the whisperings of a deranged ghost that caused your allies to turn traitor? You’ll have no choice but to keep your enemies close!

Can you and your party survive the madness or will you succumb to the mayhem and split (or slaughter!) the party?

The game has 42 eye-catching tiles that represent the buildings, streets, and catacombs of the city (as well Elfsong Tavern and Kitchen Basement starting tiles, because all good adventures should start in a tavern or a kitchen basement), and two scenario books, Traitor’s Tome and Secrets of Survival. Here’s a peek at the contents of the box (click to embiggen). 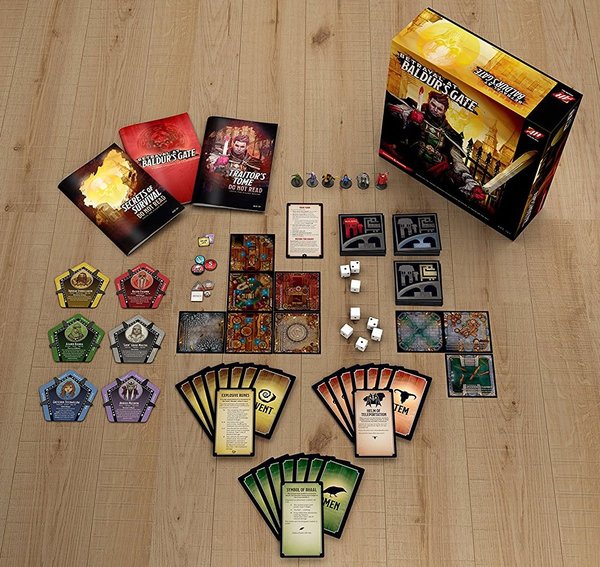 The game is still too new for me to get a sense of how well fans are reacting to the curious blend of styles. Over at BoardGameGeek it has a score of 7.4 (compared to 7.5 for Temple of Elemental Evil and 7.2 for Wrath of Ashardalon). Arin tells me “I don’t think I like it as much as the original Betrayal. Less keen on the fantasy mechanic,” but I haven’t asked her recently.

Overall, I think for me it remains a must buy, and I hope to nab a copy before the holidays. 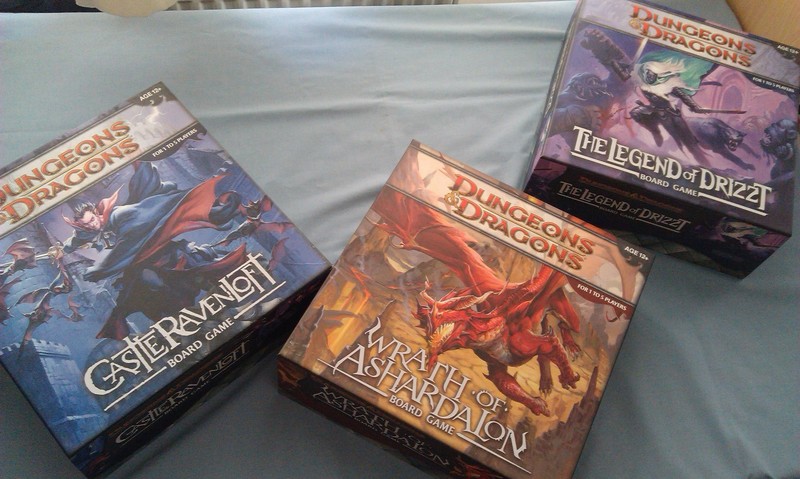 Our previous coverage of Dungeons and Dragons board games includes:

And Andrew Zimmerman Jones reviewed Betrayal at the House on the Hill for us last year:

Tabletop Terror: Betrayal at the House on the Hill by Andrew Zimmerman Jones

Betrayal at Baldur’s Gate was designed by Chris Dupuis and Mike Mearls, and published on October 6, 2017 by Avalon Hill. The retail price is $50. See more details, including the complete list of components, here.

I actually just started looking into this game last night. Not sure my group would play it, though.