We bow to no one in our appreciation of Arthur Conan Doyle here at Black Gate. Bob Byrne’s long-running Monday column The Public Life of Sherlock Holmes explored all facets of the career of his most famous creation, and over the years William Patrick Maynard, Mark Rigney, Ryan Harvey and other folks have written here about Doyle’s work and its many adaptations.

But Doyle made many contributions to the fantasy, detective and horror genres during his long career, and over the decades his work has been reprinted in numerous anthologies like Horrors in Hiding (1973), Famous Fantastic Mysteries (1991), Ancient Egyptian Supernatural Tales (2016), and many others. From 2014-2015 British publisher Alma Classics gathered dozens of his tales into four collections, all of which are still available, and all of which are worth tracking down. 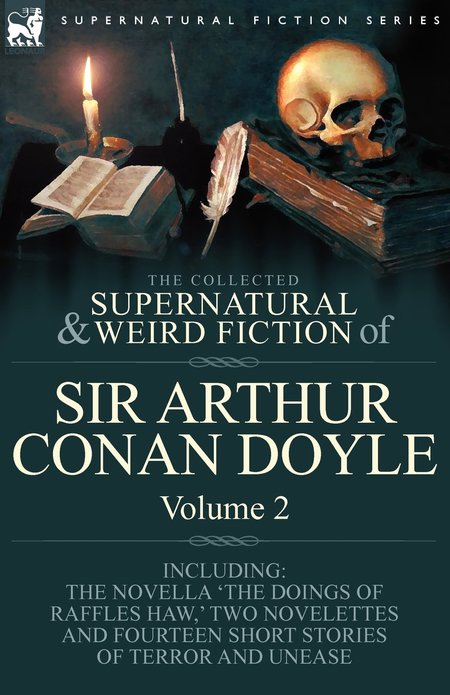 Odd that Tales of Twilight and the Unseen is the only collection they note was published in 1922 — all four books are actually reprints of collections from that year. I’ve got a reprint of a 1929 edition, The Conan Doyle Stories, with all four plus The Ring and the Camp, and Pirates and Blue Water (great titles, eh?).