The advent of Archipelago came to my attention on Black Gate via Brandon Crilly’s post post earlier this year, which included some cool art and a teaser story – “The Ur-Ring” by Charlotte Ashley.

As a longstanding fan of maritime literature, specifically the Richard Bolitho stories by Alexander Kent (pseudonym of Douglas Reeman) and C.S. Forrester’s Hornblower stories, my ears figuratively pricked up when I saw Brandon’s article. Maritime adventure combined with fantasy… what more could one ask? Hmm, a Cylon Base Star perhaps, but we won’t go there…

For those who haven’t read Brandon’s original post, the basic premise of Archipelago is that of a Shared World, where people from earth’s 17th century have come across various ocean based portals to another world. To quote the Kickstarter:

Four hundred years ago, when control of the world came to depend on naval power as never before, a courageous few set off on journeys of discovery and conquest that would alter the fates of nations in ways no-one could imagine.

But once they’d sailed the seven seas, what if they found another?

ARCHIPELAGO is a historical fantasy serial with multiple new episodes appearing every month. Imagine a blend of Moby Dick, Pirates of the Caribbean, Master & Commander and Game of Thrones — with Lovecraftian monsters lurking beneath the surface!

Looking at the Archipelago Kickstarter it became evident that they did not require a massive contribution, more just seed funding to get their project going. The rewards were interesting, insofar as one could — as was a common practice way back in the British military establishment — purchase a commission. The difference being that instead of buying a rank in the navy, one could purchase a custom mention in a future story, which I thought was pretty cool. As they state it:

Archipelago isn’t just about storytelling, though. Readers will have the opportunity to influence events as the adventure develops, sometimes in subtle ways, sometimes devastating.

I was hooked and proceeded to participate in the Kickstarter. 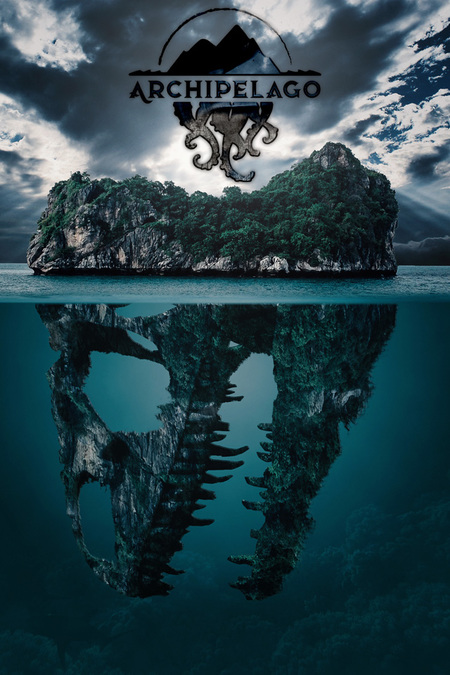 I downloaded all three, having not yet read “The Ur-Ring” online as part of Brandon’s post. Being pretty busy I had not yet attempted any of these before the Kickstarter reward chapbook arrived, containing the same three teaser stories and some others:

The publication was made available in ePub, Mobi and PDF formats. Using Adobe I printed it out in booklet form and ended up with a satisfying little A5 chapbook that could stand its own among any number of other similar format magazines or chapbooks. In due course I may reprint the cover on card stock or laminate the cover pages like the folks at Rainfall Publications do with their chapbooks.

Overall I found the stories to be well written and enticing. Each author brings their own unique talents, style, tone and setting, which offers multiple ways of experiencing the same world. I would be hard picked to chose a favorite as each has its own merits. While Hudson’s “In Extremis” had me reminiscing of the language and feel of a classic wooden ships, iron men type story, Ashley’s “The Ur-Ring” similarly put me to musing on Howard Andrew Jones’ Dabir and Asim tales.

Two very small issues which I easily overlooked were the occasional grammatical error in the foreword and some problems tying up the table of content to the stories and articles. Both of these could easily be chalked down to teething issues, or perhaps simply haste in producing the Kickstarter reward in good time.

Archipelago is available for subscription via Patreon. I am not familiar with that platform but will surely be exploring it and Archipelago in due course, having just signed on as a Crew Member for $2 per month. (I could have gone cheaper but no one likes to be press ganged…) Whether you enjoy a Weird Sea tale or not, I would recommend going along for a ride as the adventurous, daring or desperate explore this new world of possibilities and puzzle over its secrets. Stay tuned and I will post a progress report in due course.

Tony Den’s most recent article for Black Gate was the conclusion to his review of Jane Gaskell’s Atlan Saga, which may be found at:

His personal website RuneQuest.orc is busy undergoing a slow migration to WordPress.