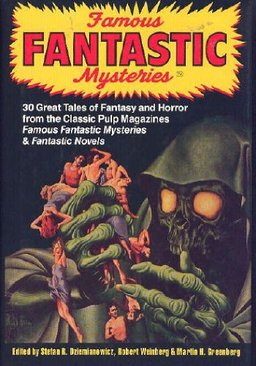 I spent yesterday and Friday at the Windy City Pulp and Paperback show in Lombard, Illinois, about 30 minutes from my house. And as soon as I finish this article, I’m going to scoot over there again.

I found a great many treasures at this show this year. More than usual, even. And I’m looking forward to reporting on them here. One of the more interesting was a copy of Famous Fantastic Mysteries, a 1991 pulp reprint anthology from Gramercy edited by Stefan R. Dziemianowicz, Robert Weinberg, and Martin H. Greenberg, in terrific shape, which I bought for just $5.

Famous Fantastic Mysteries was a much-beloved fantasy pulp which ran from 1939 to 1953. The publisher was Frank A. Munsey, a name well known to pulp fans. The first bi-monthly issue was cover-dated September-October 1939, and contained A. Merritt’s “The Moon Pool,” Ray Cummings’ “The Girl in the Golden Atom,” and stories by Manly Wade Wellman, Donald Wandrei, and many others. The magazine was a success, and it quickly switched from bi-monthly to monthly.

While the magazine relied chiefly on reprints, especially in the early days, it commissioned original art from many of the top artists of the day, especially Virgil Finlay and Lawrence Sterne Sevens, and today is treasured as much for the fabulous covers and interior art as the fiction.

The founding editor was Mary Gnaedinger. With the enthusiastic response from her readers for novels, Gnaedinger launched a spinoff magazine dedicated just to reprinting classic fantasy at longer length, Fantastic Novels. It published 25 bimonthly issues between July 1940 and June 1951.

Dziemianowicz, Weinberg, and Greenberg’s Famous Fantastic Mysteries is a 450-page tribute volume with a classic Virgil Finlay cover. It contains 28 short stories and novelettes, and two novellas: “The Face in the Abyss” by A. Merritt (from 1923) and “Fungus Isle” by Philip M. Fisher (1923). Here’s the complete table of contents.

And for my fellow pulp fans, here’s a sampling of that art I was telling you about, taken from Famous Fantastic Mysteries and Fantastic Novels. 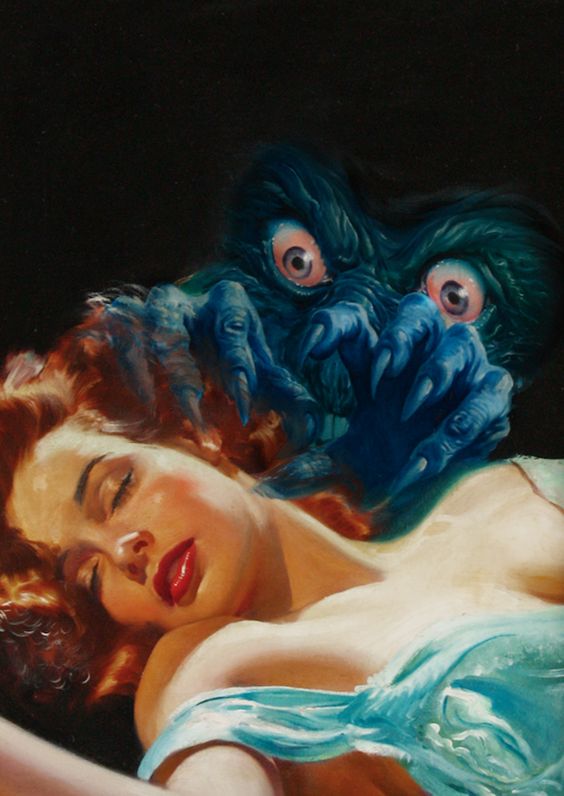 Believe it or not, I bought a copy of the July 1948 issue of Fantastic Novels, with the cover above, at Windy City Pulp and Paper three years ago. I wrote about it here.

Here’s some more of Lawrence’s interior art. He had a thing for sleeping beauties, apparently. 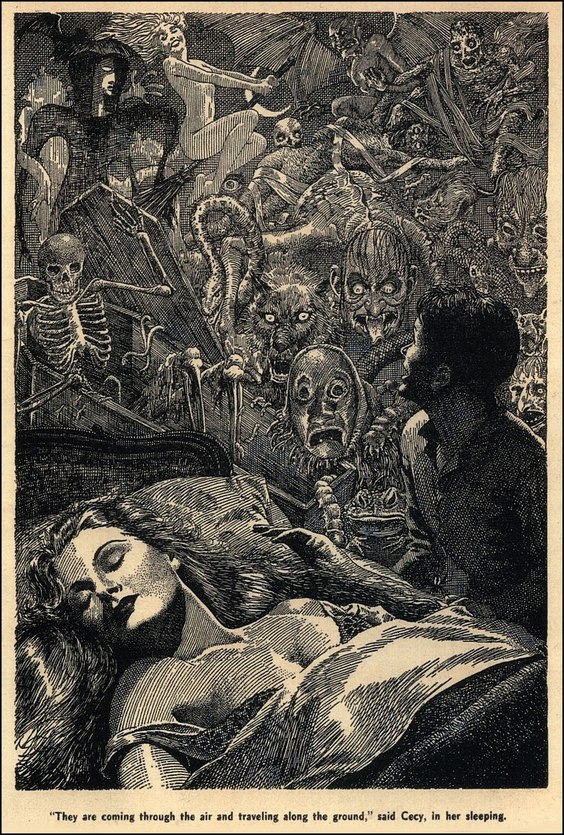 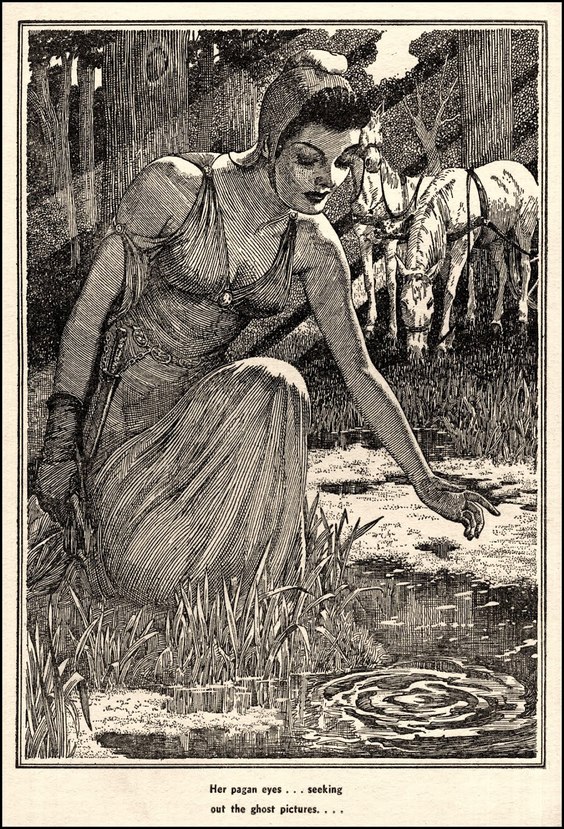 There’s some great online portfolio’s of Lawrence’s pulp art, like this one. 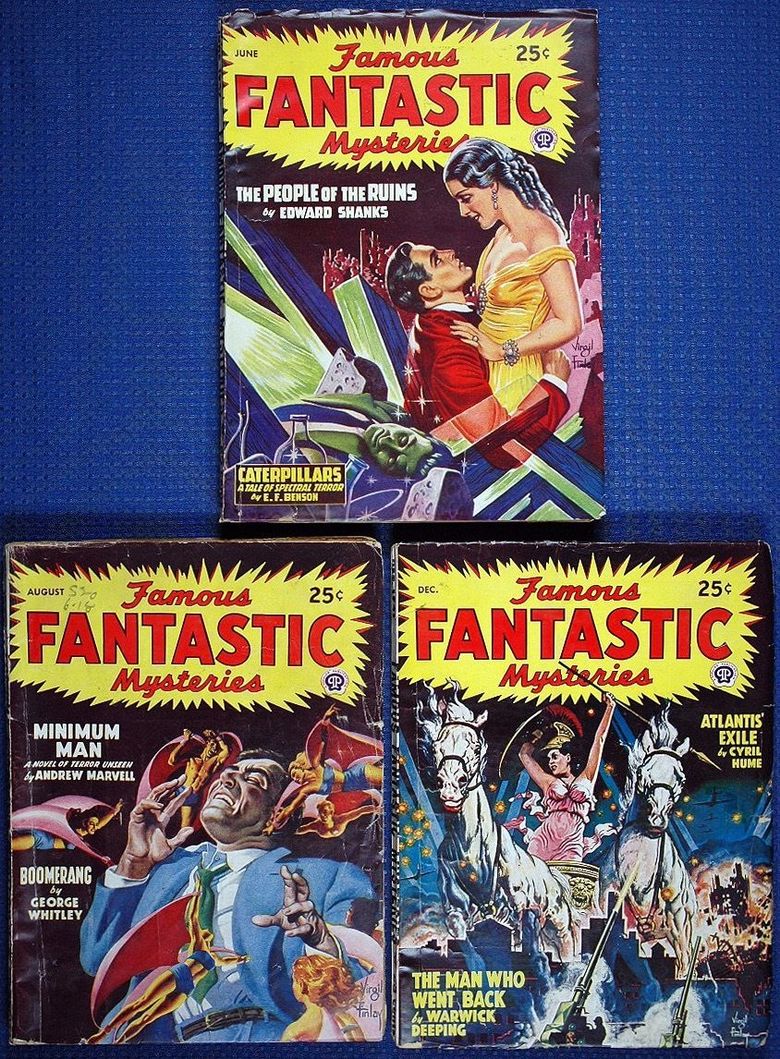 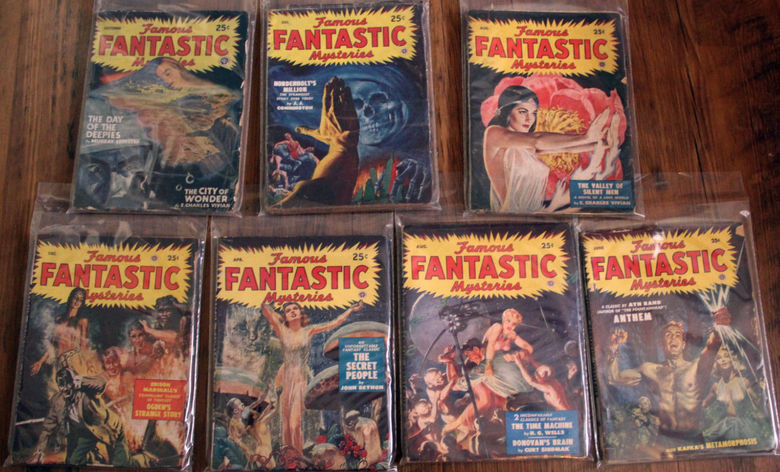 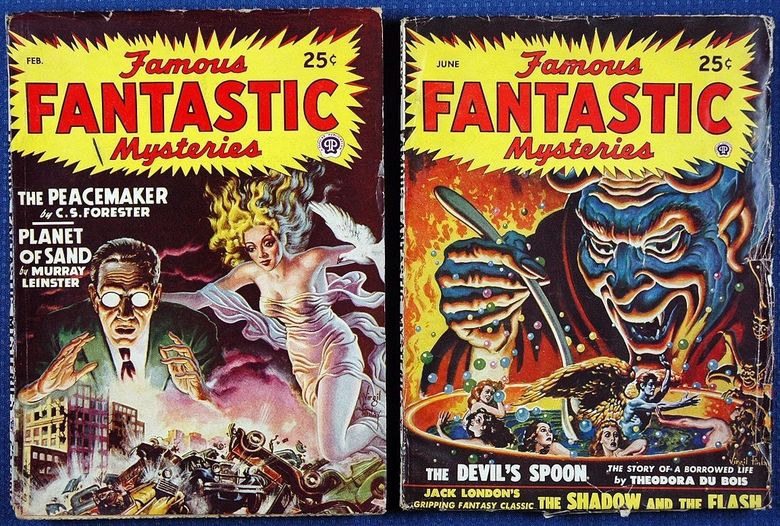 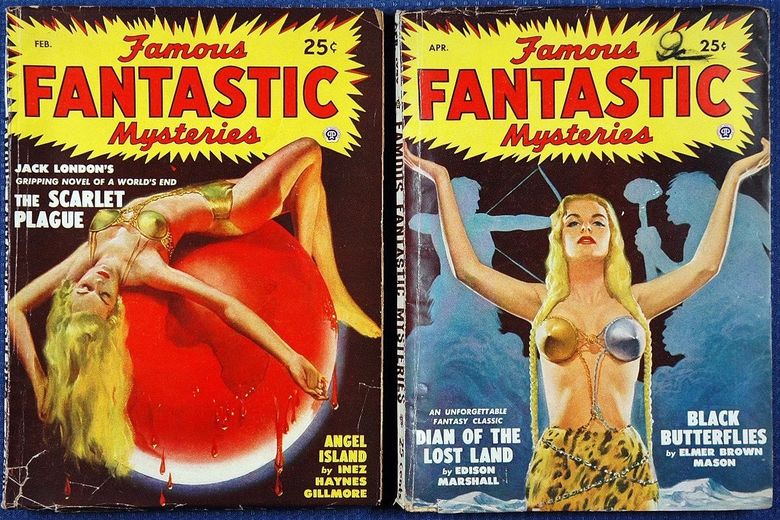 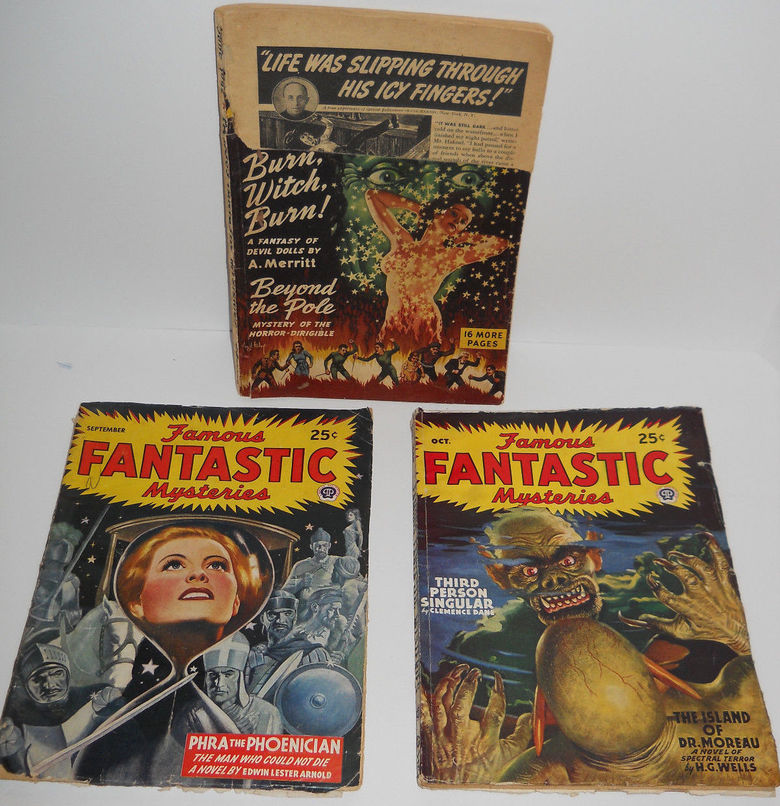 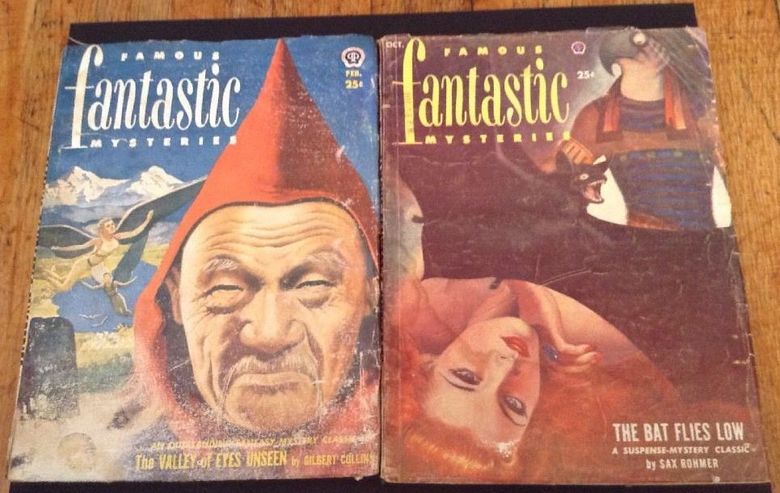 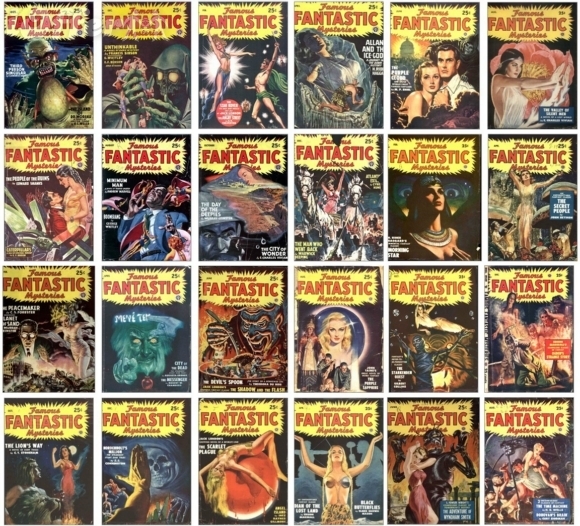 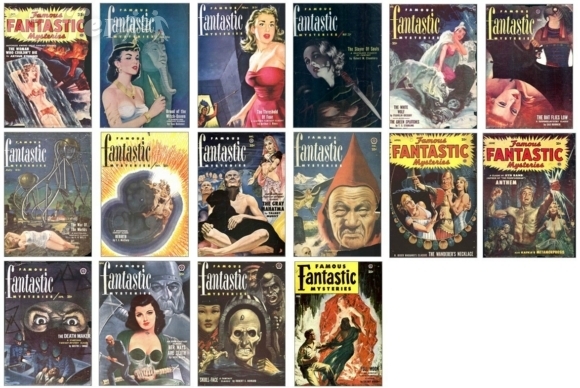 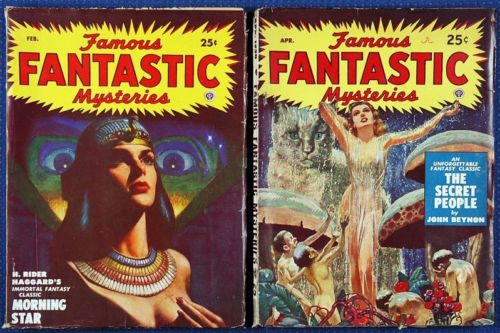 I must be naive but I’m always a little taken aback at how racy some of these 1920s (or earlier) magazine covers and inside artwork were. When they’re not just being purely titillating (which I get for marketing purposes), they are actually very effective and powerful.

A. Merritt didn’t write “kids literature.” He defined the fantasy genre in his day much as Dunsany and Tolkien did after him.

If I’d seen that first it definitely would have been in my bag. It’s been on my list for a while. Once again highlighting Bob Weinberg’s endless drive to make sure that this great stuff came back into print.

And ‘Famous Fantastic Mysteries’ returned last year from Altus Press. The Spring issue should be out about now.

That might explain the sexual nature of this artwork, but the horror aspects of it is pretty graphic as well in some of these as well. What explains that do you think?

The Pulps Were Not Kids Literature – castaliahouse.com

[…] Gate has a great post up about Famous Fantastic Mysteries, an anthology drawn from the magazine that kept the classics […]