You may recall that my first trip to New York *ever* was in April, and I blogged about it in A Babe in the Woods: Derek’s Literary Adventures in New York! Well, the training wheels are off and I went on a full grail quest this time around, at New York Comic Con!

I had two major reasons to go to NYCC. First, I enjoy blogging about comics, and interviewing comic creators. So, as a blogger for Black Gate, there were a lot of people I wanted to meet. Second, my prose writing career (short stories and novels) has been going well, but I’ve also wanted to write comic books since I was 10 years old. I’m working on a comic story for a small press anthology right now, but also I went to see what other opportunities there might be.

Instead of train, I drove down this time. New York is only 725km from Ottawa, so it wasn’t a bad hike. And I decided to experiment with Airbnb in New Jersey. The Javitz Center is very near the Lincoln tunnel, so I found a beautiful basement suite a bus-ride from the Javitz center. Driving and a New Jersey airbnb made the trip pretty affordable.

The Javitz Center is pretty big, but not unnavigable (that may be a real word….). In the basement of the north end were the panels and I attended a bunch of good ones. 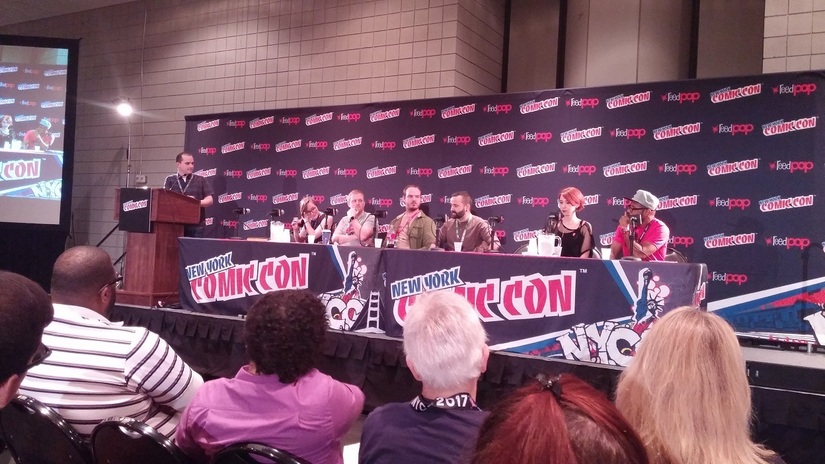 The first was the yearly “Breaking Into Comics the Marvel Way” moderated by Marvel Talent Scout Ricky Purdin, with penciller Irene Strychalski, hilarious artist Javier Garron, writer David F. Walker, cover artist Cory Randolf, editor Jake Thomas (whom I e-interviewed here), writer Ed Brisson, and assistant editor Kathleen Wyzneski. The advice for artists is show your sequential art to editors at conventions or send it in to Marvel editors or the talent scouts. 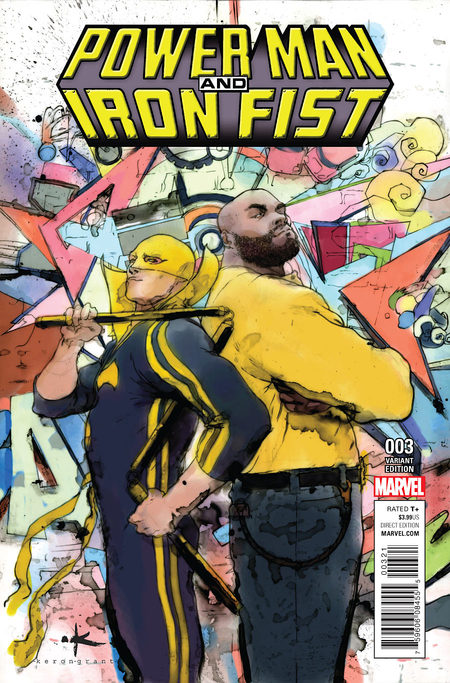 For writers, it’s harder, because no one reads scripts. So the advice for writers was to make comics with other creatives and then show those. I did ask if prose credits were useful to show. It didn’t sound like it, and while mildly disappointing, I’d expected this. Comics are easier to read than a short story.

I also met a couple of writers and artists in the audience who told me about a comic creator mixer. More on that below. 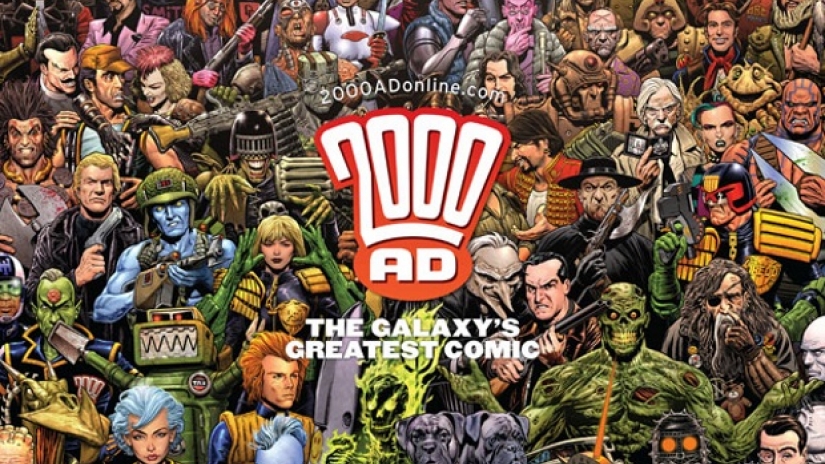 Most of the comic publishers have booths/pavilions in the massive exhibition hall. And while visiting the 2000AD booth, I was delighted to meet Ben Smith, who is in the upper management of Rebellion, the people who will be publisher my first novel under their Solaris Books imprint. We’d only emailed before then. 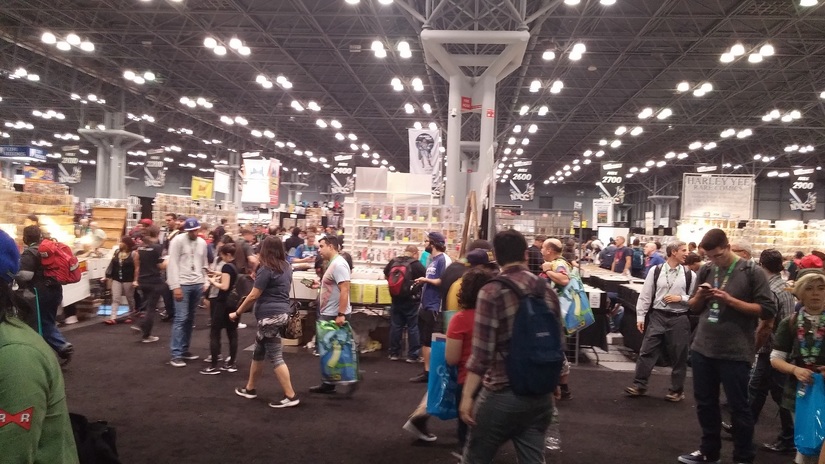 I also went through artist alley, which is where artists and writers and smaller publishers can get tables. I met Isaac Goodhart, the Top Cow artist who drew the excellent crime story Postal which is being turned into a TV series by Hulu and which I reviewed here in May. I got my trade of Postal signed! 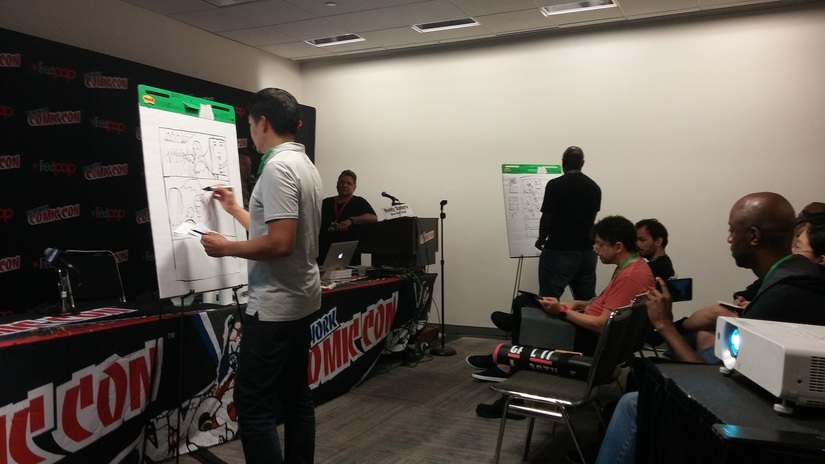 The second day started with “Breaking Down a Story” which was fascinating. Mike Marts, editor-in-chief of Aftershock Comics (and formerly the X-editor at Marvel and the Bat-editor at DC) worked with Iron Man artist Sean Chen, legendary DC artist Jerry Ordway and Power Man and Iron Fist artist Sanford Greene to break down a script page. 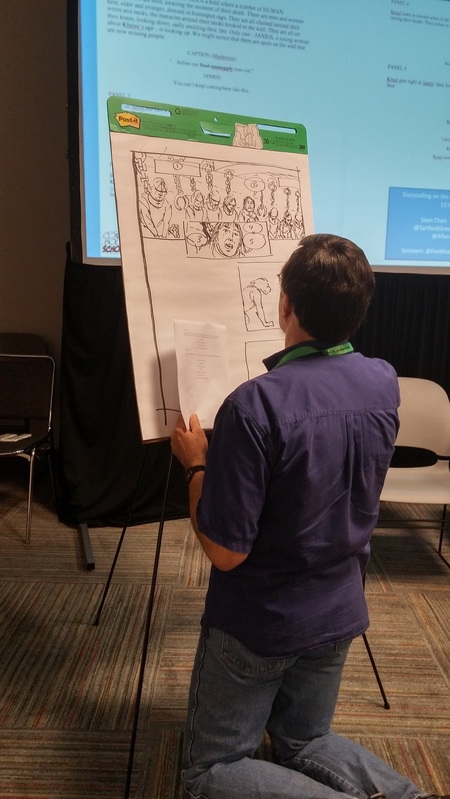 This means each artist had a flip chart and a page of a comic script and they roughed out their page layout and sketched live. They then talked about their process. Mike Marts critiqued and commented, and then each artist spoke about what the other artists had done. Very cool and insightful! 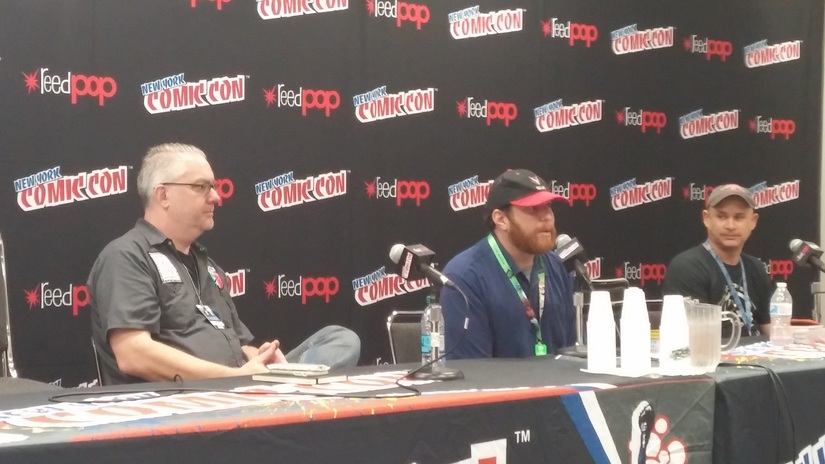 I next sat in on “Editors on Editing” starring Joseph Rybandt of Dynamite Comics (I used to review them a lot at www.weeklycomicbookreview.com because they have the license for Barsoom), Warren Simons of Valiant Comics, and Darren Sanchez of Marvel. This panel talked a bit about the conditions of work for creators, how to work with a editors, and even how to pitch. 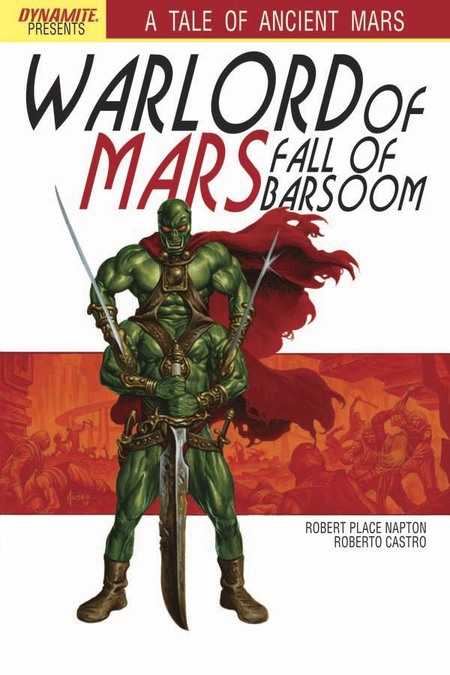 Exhausted and foot sore, but by then my excellent agent Kim-Mei Kirtland joined me at the con and we went to the creator meet-up. Basically, the upper part of a bar was given over to artists looking for writers and writers looking for artists. It was great. My new business cards with the cover of my first novel made me look a legitimate writer, but not half as much as when Kim-Mei shook hands with people and said “I’m Derek’s agent.” Trust me, if you ever want to impress aspiring creators, walk around with an agent.

Between the two evenings that the creator meet-ups ran, I met three artists who might want to work with me on creating our own comics, either for pitching to small press anthologies or, if we felt we were strong enough, to bigger places. Baby steps…. 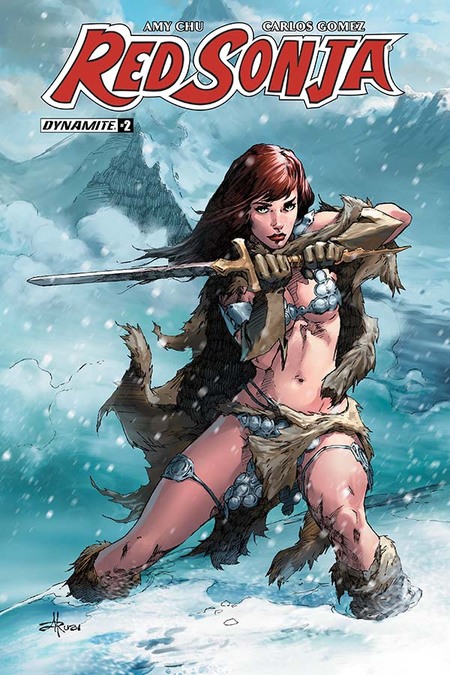 On Saturday (my last day — I by this time had blisters and was exhausted, but still running on adrenaline like a university student during finals), I could more panels. The Red Sonja panel with editor Joe Rybandt, former writer Gail Simone, current writer Amy Chu, former Marvel editor Larry Hama, former Marvel writer Louise Simonson and former Marvel letterer Janice Cheng, was really cool. It was interesting to see where Red Sonja had come from, where she fit into the fantasy stories and feminist thinking, and how she changed over the years to modernize from her original 1934 conception. Red Sonja continues to be published by Dynamite Entertainment. 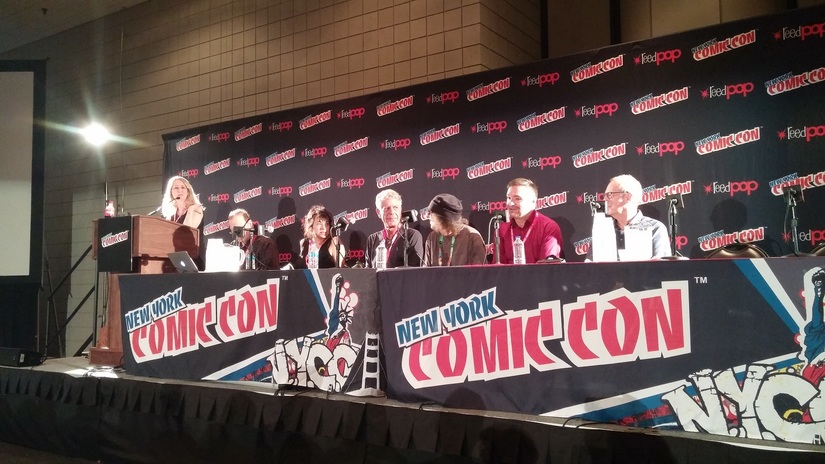 Then Dark Horse put on a panel about their new imprint Berger Books. For those of you who don’t know, Karen Berger was the founding editor of Vertigo which had a huge influence on the comic industry (see When People Say the British Invasion of Comics, What Do They Mean?). Creators talked about the news books they’re coming out with and it was an all-star cast, including Dave Gibbons (artist of 2000AD and The Watchmen), Jose Villarrubia (Eisner-nominated colorist), novelist Joel Rose, TV Chef Anthony Bourdet, Vertigo graphic designer Richard Vernon and legendary Marvel editor and writer and journalists Ann Nocenti.

In between, I did hit the floor to talk to editors of different publishers, and despite what everyone had told me, four of them accepted to read some of my short fiction. In the meantime, I’ll continue creating comics, the one story I’m already working on and some new ones with the creators I met, so that I can get better and have something to show comic publishing houses that’s more on their wavelength.

And I’ll head back next year.

Derek Künsken writes science fiction and fantasy in Gatineau, Québec. News has recently come out that one of his Chinese publishers is flying him to Chengdu to be an author Guest of Honour at the 4th International Science Fiction Conference for the launch of the Chinese version of his first novel. He tweets from @derekkunsken and lives on the internet at www.derekkunsken.com.