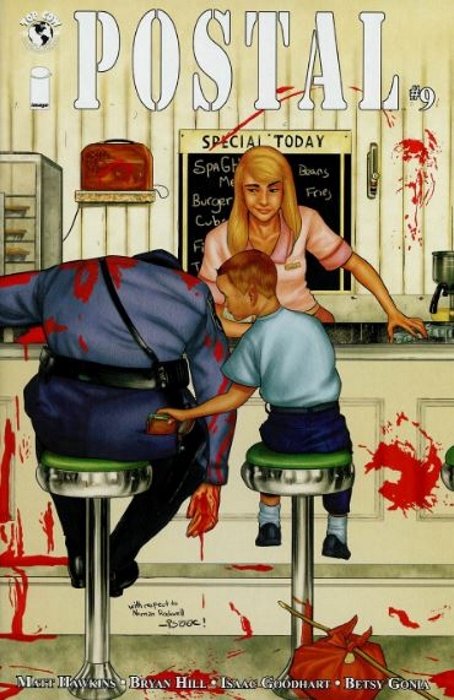 Regular readers may notice that I try to sample a lot of different comic series. I like individual comics, but I also try to understand the field and its sub-genres. Crime fiction has a long history in comics. Its modern incarnations include titles like Brian Azzarello’s 100 Bullets, Ed Brubaker’s Gotham Central and Criminal, among many others.

The premise was catchy: Eden is a town entirely populated by criminals laying low or getting new identities, completely off the grid. And the main character of the story is Mark, the mayor’s son who works as Eden’s postman and who has Asperger’s.

And it’s in development for TV.

So I checked it out. 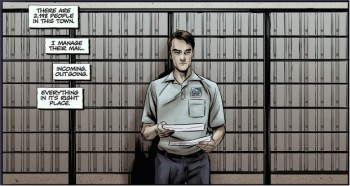 The conventions of the crime story are usually the rise of a criminal, with their elevation in power matching their moral decay. Then, from that peak of criminal success comes decay or power and increase in morality (or regret). The Godfather trilogy series follows this arc, as does American Gangster, and others, although sometimes the regret or moral growth doesn’t happen, like in Scarface.

Postal plays with the symbols, from the name of the town (the Eden story is a paradise that can’t persist in a world of human weakness), to the overtly religious style of the opening voice over (ironically given to a preacher about to murder a man), to the hanging of Mark’s father (two decades earlier) from a tree, in Odin-fashion. 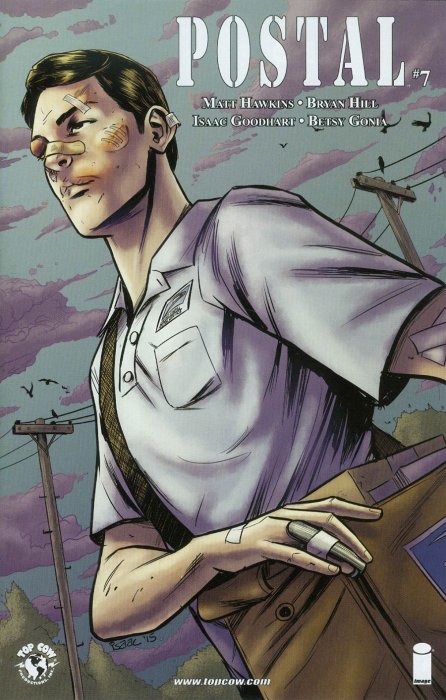 Mark’s story is overtly Shakespearean. He is the Hamlet figure. Mark’s raging father, the king-figure, was overthrown by his mother (who is now the mayor) and the town’s sheriff. Mark doesn’t know what to do or be.

His mother wants him to be a reasoning ruler. His returning father (like Hamlet’s ghostly father) wants him to become more like him. Two women in his life, potential love interests, also pull him in different moral directions.
Hamlet seems to be a great model for crime stories – the moral second-guessing and setting off on new paths were part of the appeal of Michael Corleone (Godfather) and Jax (Sons of Anarchy), and even Lee Adama (Battlestar Galactica), although the last isn’t a crime story.

I may sound as if I’m approaching this maybe too much as a writer, but don’t read too much into that. 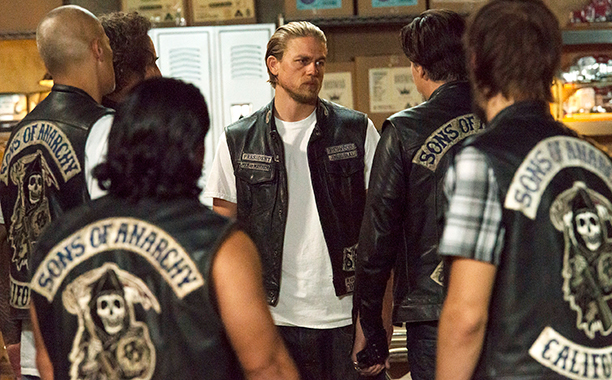 This crime story is about the characters, their flaws, and the strange town of Eden, and without a doubt, Mark himself is a fascinating, Sherlock Holmes-esque character.

Mark discovers a mystery and solves it in the first issue, setting the tone for the series.

The first issue also ends with a dead body, foreshadowing the arrival of something far more destructive to the town, and white supremacists make a play, as do corrupt elements of the FBI.

I really enjoyed this series. They’re at #20 right now, and I need to catch up right now on some places where they’ve crossed over with Top Cow’s The Tithe and Think Tank (which I reviewed here in February).

I recommend it as a pure crime story, and for those who want something more sophisticated, Postal delivers.

Derek Künsken writes science fiction and fantasy in Gatineau, Québec. His first novel, The Quantum Magician, is a hard sf heist, and will be published by Solaris Books in October, 2018. His most recent Asimov’s Magazine story, Flight From the Ages, will be appearing in Gardner Dozois’ Year’s Best Science Fiction Volume 34 in July.