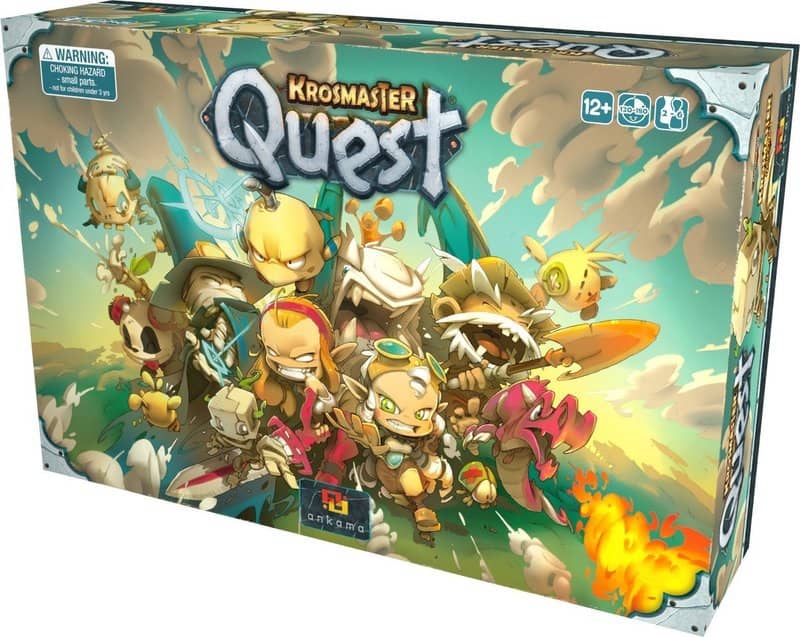 I’m fascinated by the explosion in dungeon crawl board games. The best of them capture the sense of adventure and social aspects of tabletop role playing better than I would have thought possible. The ones I’ve tried — like the Pathfinder Adventure card game Rise of the Runelords, HeroQuest, Talisman, and Munchkin Quest — have been a blast. But they barely scratch the surface of what’s happening in this dynamic new genre.

In fact, the subgenre has gotten large enough that it’s starting to innovate in surprising ways. One of them, of course, is with components. I can’t be the only player who’s purchased a $70 board game just to get my hands on the miniatures (Asmodee’s Claustrophobia is the most blatant example — hours after I opened it, all the minis ended up on my D&D table. I’ve never finished a game of Claustrophobia, but the minis have seen countless hours of adventure.)

Krosmaster Quest is my most recent acquisition in the dungeon questing space. It’s derived from the hit Krosmaster Arena, the French player-vs-player card game that (among other things) spawned the Netflix anime series Wakfu. Arena is a turn-based arena combat game with a colorful set of cartoon chibi-style miniatures; Krosmaster Quest allows players to re-purpose those minis in a tactical adventure game for 2 to 6 players. 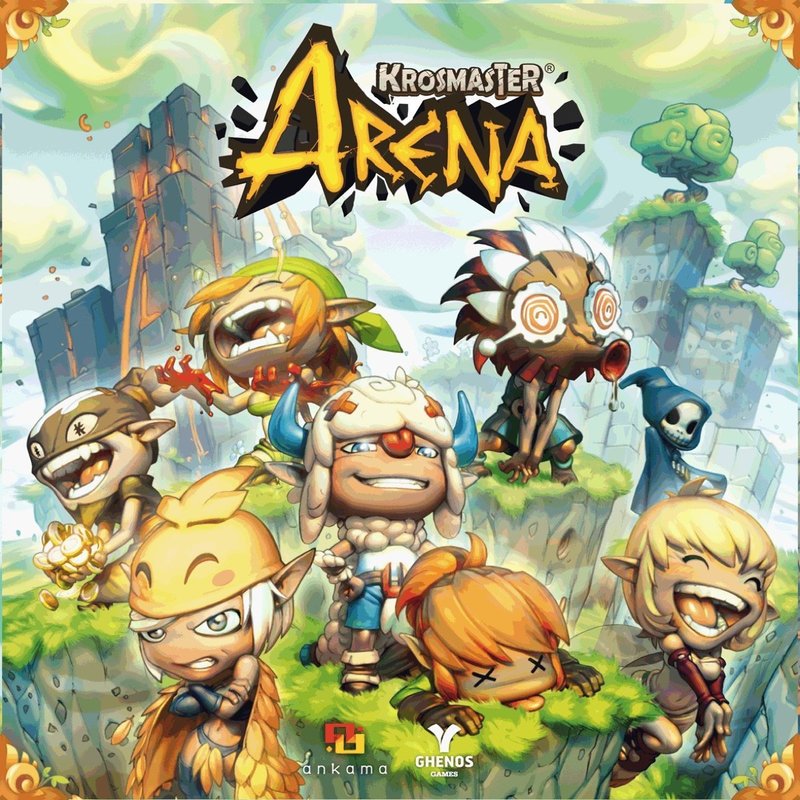 Krosmaster Quest is a tactical adventure game for 2 to 6 players. Take control of a Krosmaster and develop them in a modular world where each adventure is different! Slay monsters, win money, choose your allies and enemies, increase your power, and prove to the Demon that you are the rightful king of the Krosmoz.

Krosmaster Quest comes with 7 beautiful, pre-painted figures that can be used with previously released Krosmaster games. Two figures are exclusive to Quest! Players can expand their hero selection by bringing in the figures from previous releases as well, making Quest a highly expandable and customizable experience.

The heart of Krosmaster Quest lies in the Scenarios that guide players along in the game, allowing them to build up their Krosmasters through unique adventures with repeatable quests. Scenarios will dictate how the game board is set up, the mobs players will be fighting and the goals everyone is working towards. Before the scenario begins, players will choose a Krosmaster and assign who will play the Demon Player – the person tasked with stopping the heroes from completing their missions. Or you can opt to Demon Share, so players take turns playing the Demon.

There are two types of Scenarios to choose from: Free-For-All and Cooperative. Free-For-All pits all players against each other as they try to complete their quest. You can form temporary alliances to help overcome challenges the Demon throws your way, but remember, only one Krosmaster walks away the victor.

And here’s the back of the box (click for a legible versioon.) 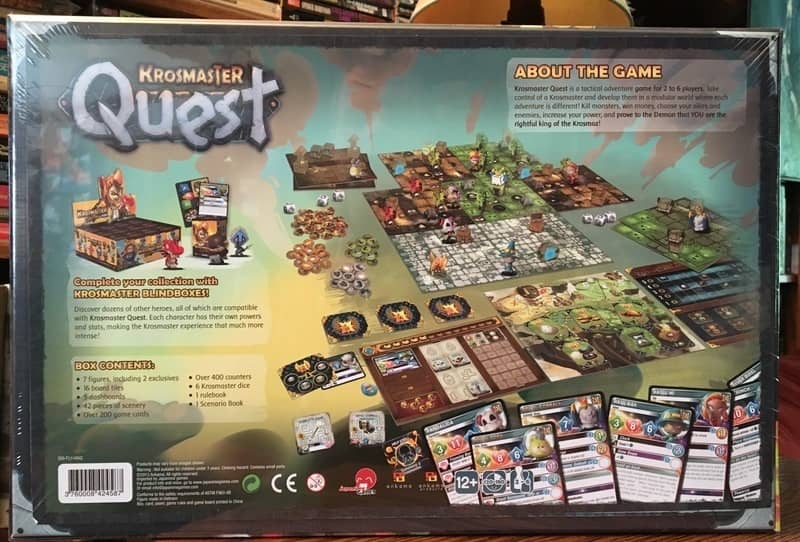 Of course, there’s a collectible aspect to the whole family of Krosmaster games. The expansion packs include hard-to-get miniatures with all kinds of quirky abilities. The whole product line seems geared to shake down people with poor impulse control like me. 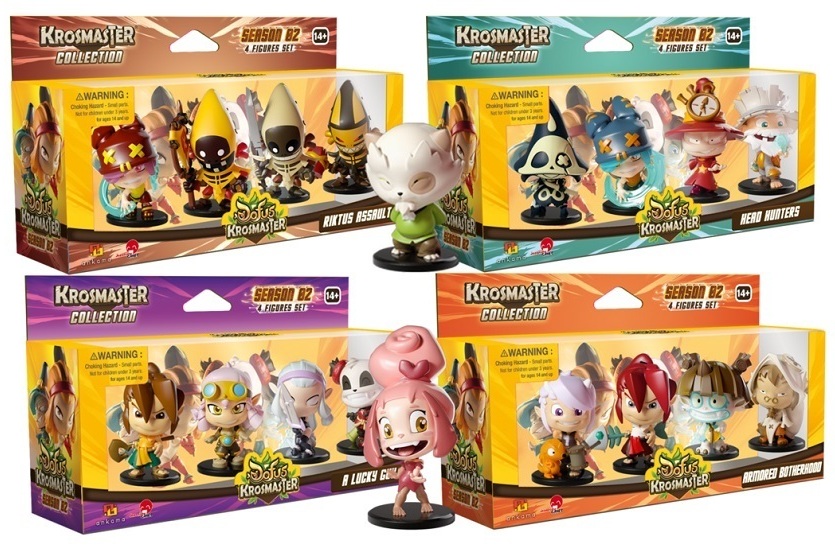 That’s actually one of the things that appeals to me about Krosmaster Quest. Although it’s expensive (retail $70+), it’s a pretty good value, considering it comes packed with an enormous amount of content. Everything you need to guide your favorite little plastic character to live adventures, craft equipment, harvest resources, and confront monsters. 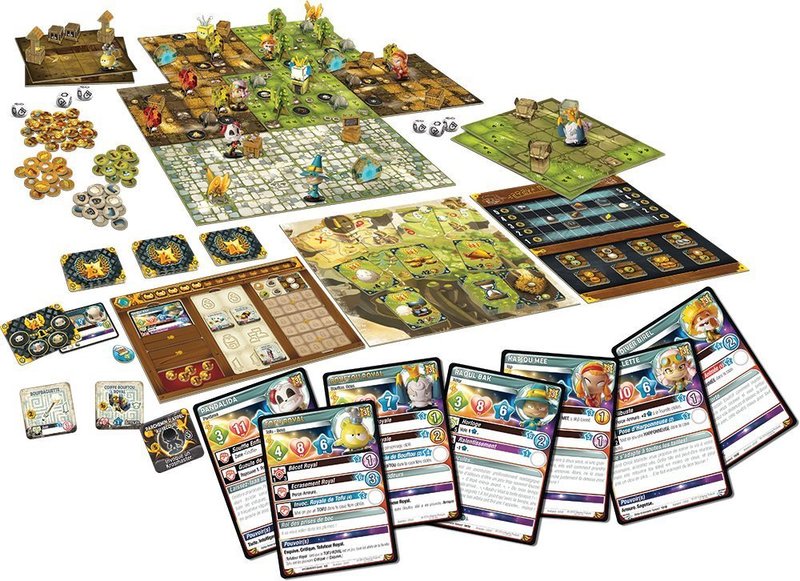 There are a total of seven miniatures, five players and two monsters, plus a sizable stack of cardboard scenery pieces, a huge batch of tokens, colorful playing boards, locations, and a wealth of cards detailing quests, references and a lot more.

The game also includes a large rulebook, plus a scenario booklet. The best way to get started is to leap right in with the scenarios, starting with the tutorials, which begin easy and gradually ramp up the complexity. 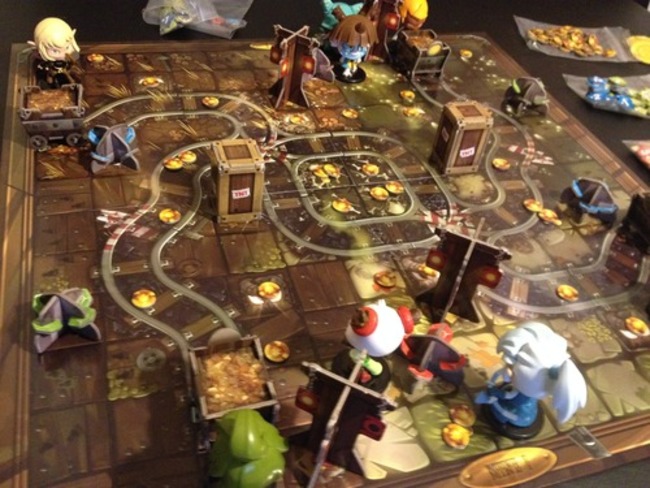 The game also includes a flyer for the the Krosmaster Universe, including Arena and the various expansion packs. 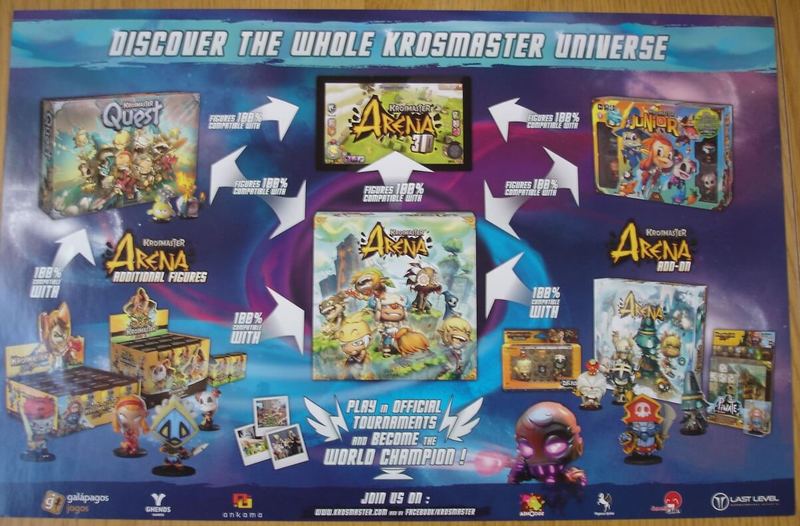 There’s already an updated version of the original game, Arena 2.0, which contains 8 new figures, a double sided board with new artwork and new terrain elements, and all of the rule changes that appeared with the series 2 and 3 figures. 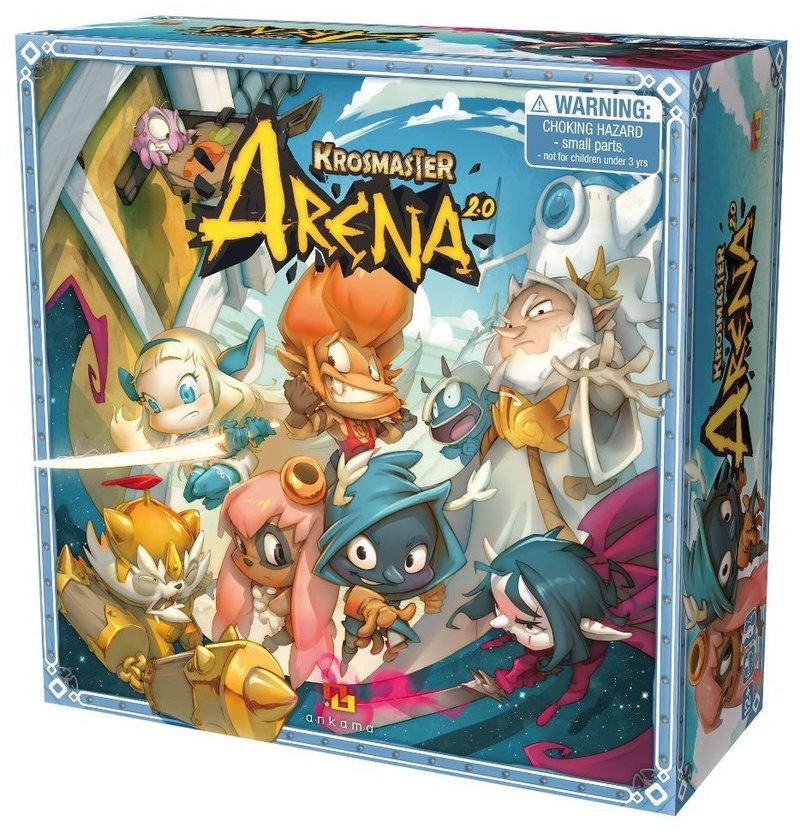 All three games were published by Japanime Games/Ankama.

I love Wakfu stuff a lot – I’m tempted to get stuff like this – also Super Dungeon Explore and others… But not enough time to write so don’t need distractions.

Really good – esp if you watch it in French and put English subtitles on.