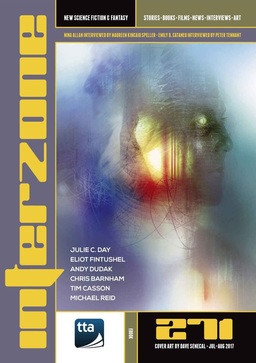 Michael Reid’s “If Your Powers Fail you in a City Under Tin” is set in a future where magic has returned to the world after the God Beast tore a hole into this dimension. Jun, a portalist with control problems and a haunted past, starts to panic when his lover, Riel, disappears while fighting for the UN. As a week passes without word, Jun finally discovers how to control his abilities and makes an attempt to rescue Riel…

Eliot Fintushel creates a world in which people are partnered by genetic match in “Chubba Luna.” Sweeney, the protagonist, lives in a chaotic world where society has almost broken down and due to NPJ, Non-Punitive Justice, there are few consequences for any actions. He, Mo, Sheila Mo’s paired partner, and the Bartender gather together to argue, drink and decide what to do with their lives and partners…

“When I Close my Eyes” by Chris Barnham is the story of the first manned expedition to Titan. Darlo, one of the team, becomes trapped in an ice cave and has to make his way out while dealing with visions of his dead wife. When he discovers that there is life on the moon and that it seems to dislike his light he has to rely on faith in his hallucinations to save him. The story, an explorer facing a hostile environment is a common one, but Barnham does a good job of mixing the psychological elements to add depth to the piece…

“The Rocket Farmer” by Julie C. Day
“Gods in the Blood (of those who rise)” by Tim Casson
“If Your Powers Fail you in a City Under Tin” by Michael Reid
“Chubba Luna” by Eliot Fintushel
“When I Close my Eyes” by Chris Barnham
“Cryptic Female Choice” by Andy Dudak

Here’s a peek at the TOC. 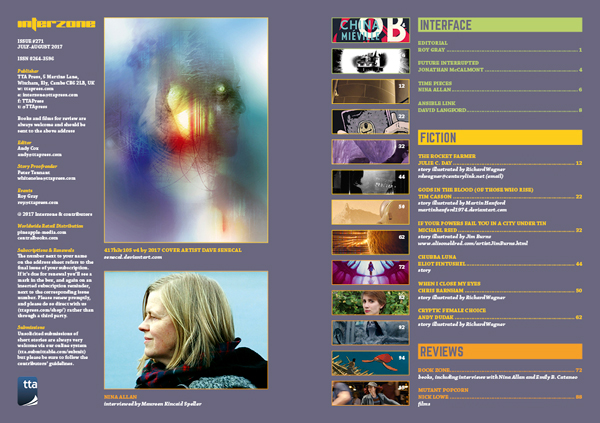 Interzone is one of the few remaining fiction magazines to include illustrations . Here’s the opening spread for “The Rocket Farmer” by Julie C. Day, illustrated by Richard Wagner. 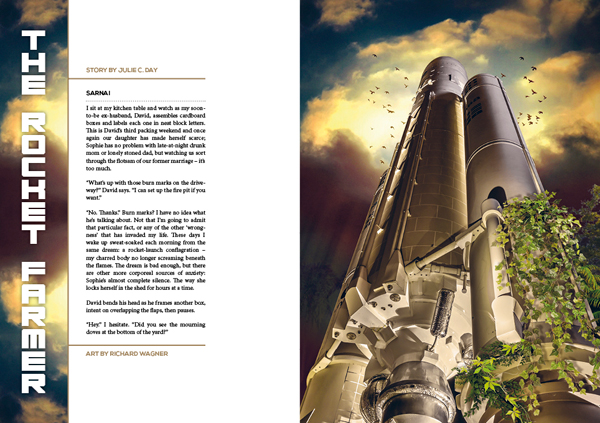 And “If Your Powers Fail You in a City Under Tin” by Michael Reid, illustrated by Jim Burns. 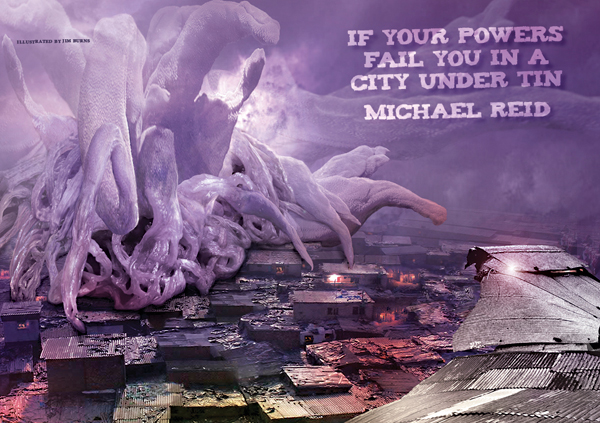 And “When I Close My Eyes” by Chris Barnham, illustrated by Richard Wagner. 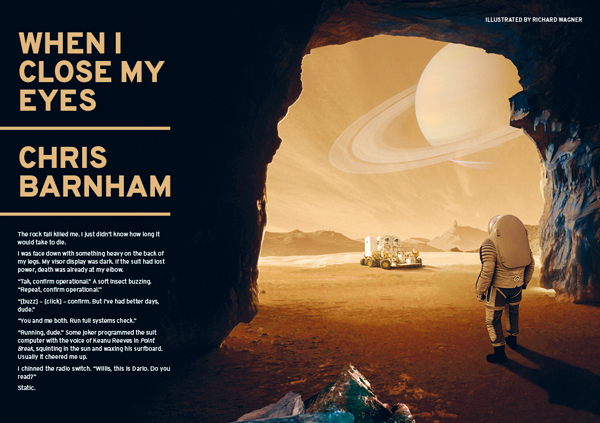 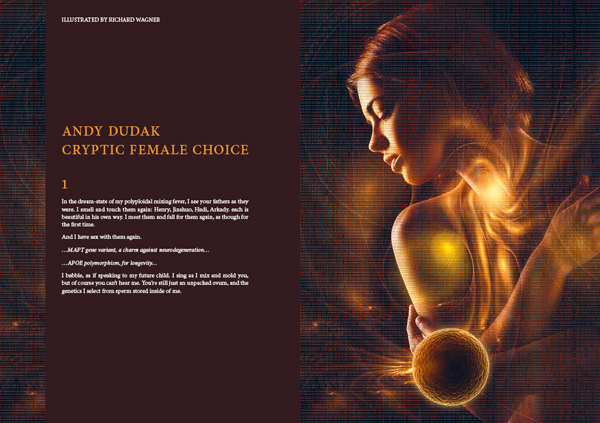 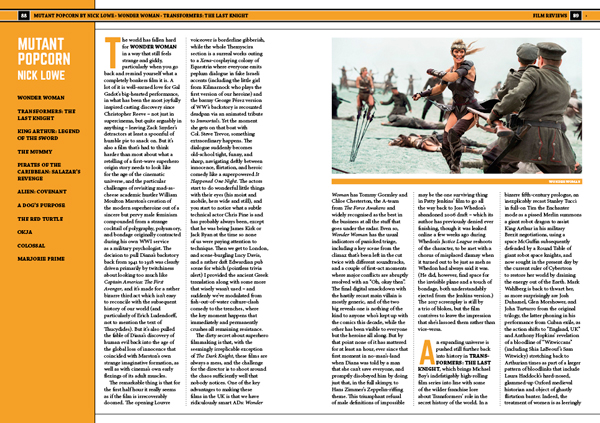 See more details and excerpts from issue 271 at the TTA website.

Interzone is edited by Andy Cox, and published by TTA Press. It is 100 pages, priced at £4.99. The cover is by Dave Senecal. Copies are usually around $9.99 here in the US. A six-issue subscription is £27 (UK) and £33 in the US. Order right from the TTA Press website.

We last covered Interzone with Issue 269.