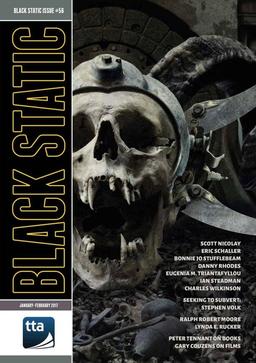 British horror magazine Black Static #56, cover-dated January-February 2017, is now available. Kevin P Hallett at Tangent Online has particular praise for “What We Are Moulded After” by Eugenia M. Triantafyllou:

Eleni’s harsh husband, Andreas, is dead and she has used her witch powers to recreate him from clay in this short fantasy…. However, Eleni’s cousin sees him. The cousin thinks her secret lover is still alive.

Eleni is furious that her dead husband’s mistress has seen the clay copy. Now she must destroy her creation. But as she does, she holds back from the final killing cut and leaves the clay Andreas with no legs or arms, but still with its mind. She hides the clay lump in the shed.

Days later, the real Andreas returns, alive and just as cruel as before. Can the remains of the clay version somehow protect Eleni? …an interesting and nicely written fantasy.

And “Stanislav in Foxtown” by Ian Steadman.

Stan works for mean Mr. Sharples, in this short horror/mystery. In a dying town, Mr. Sharples runs the fried chicken shop, treating Stan contemptuously. Just as long as he has money to send back to his family, Stan continues to tolerate the abusive treatment.

When he spies a fox near his home, lonely Stan decides to befriend it, giving it leftover chicken bones. Soon, there are tens of foxes coming to his old house. The leader of the foxes seems to offer a pact with Stan. Could they help him with Mr. Sharples? …a nicely written story. The mystery pulled the reader through to the end.

“The Green Eye” by Scott Nicolay
“Smoke, Ash, and Whatever Comes After” by Eric Schaller
“Border Country” by Danny Rhodes
“What We Are Moulded After” by Eugenia M. Triantafyllou
“The Solitary Truth” by Charles Wilkinson
“The Maneaters” by Bonnie Jo Stufflebeam
“Stanislav in Foxtown” by Ian Steadman

The magazine lost one of their regular columns last issue (Stephen Volk’s Coffinmaker’s Blues), and this issue welcomes a new column by Ralph Robert Moore, Into the Woods. Moore’s freshman effort, “The Perishability of Metaphors,” is splendidly well written and establishes his critical cred nicely (beginning as it does with Moore trying to recall a Nabokov metaphor, and using that as a consciousness springboard to talk about the disappearance of drive-in theaters, the fragility of memory, and ultimately the death of his mother), but it touches on the matter of horror only very obliquely. Hopefully future installments will seem more at home in Black Static.

The other regular columns are Notes From the Borderland by Lynda E. Rucker, plus two review columns: Blood Spectrum by Gary Couzens (DVD/Blu-ray reviews); and Case Notes by Peter Tennant (book reviews).

Issue 56 is nearly 100 pages and comes packed with new dark fantasy and horror, and top-notch art. Black Static is the sister magazine of Interzone (see the latest issue here); both are published by TTA Press in the UK. The distinguished Andy Cox is the editor of both.

As usual, the magazine is filled with eye-catching b&w art. Black Static is consistently one of the sharpest looking magazines on the racks. Here’s the opening spread for “The Green Eye” by Scott Nicolay, illustrated by Ben Baldwin. 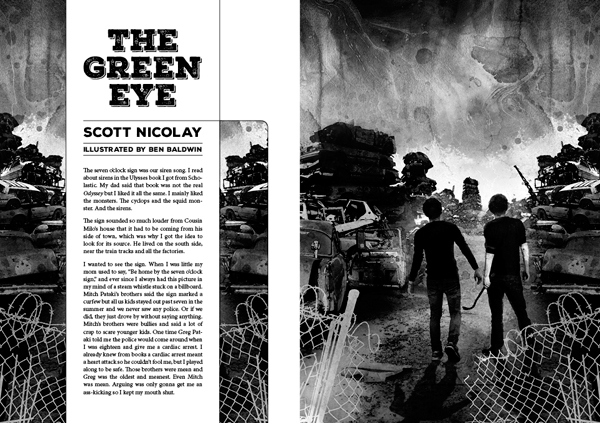 And “Smoke, Ash, and Whatever Comes After” by Eric Schaller, illustrated by Vince Haig. 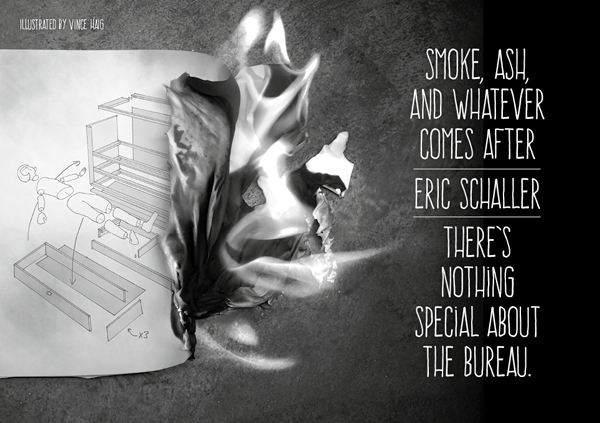 And “What We Are Moulded After” by Eugenia M. Triantafyllou, illustrated by George C. Cotronis. 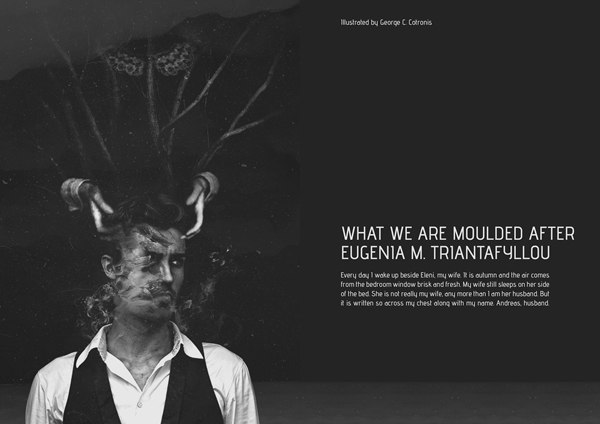 And “Stanislav in Foxtown” by Ian Steadman. 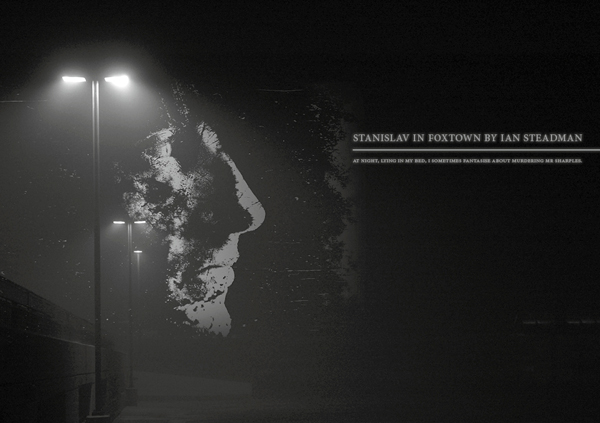 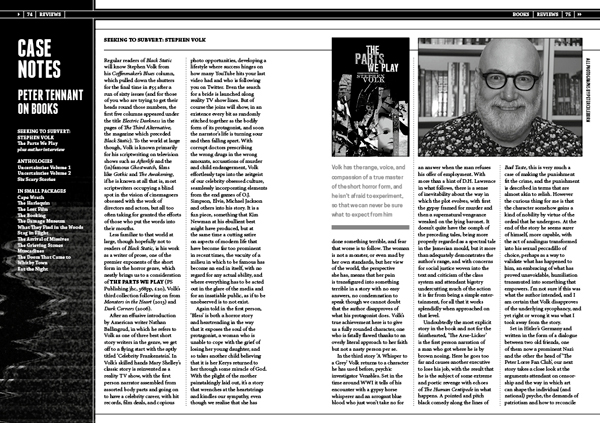 And here’s a peek at Gary Couzens’s Blood Spectrum DVD/Blu-ray review column, in which he reviews I Am Not a Serial Killer, Donnie Darko, The Driller Killer, The Shallows, Long Weekend (1979), Howling II…Your Sister is a Werewolf, Rupture, Lights Out, Demon, The Lure, Fear the Walking Dead Season 2, Fright Night, Creepy, and Beyond the Gates. 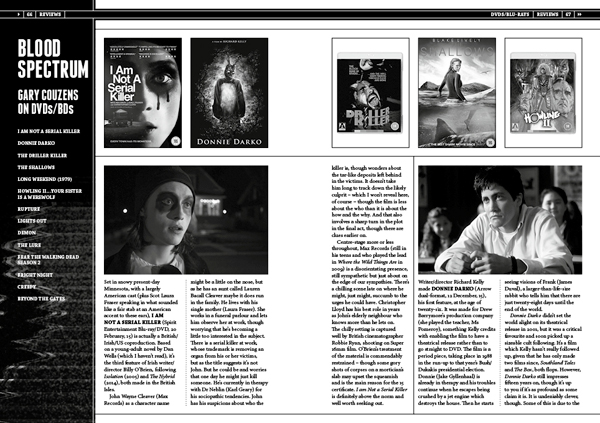 See more details and excerpts from issue 56 at the TTA website.

See our January Magazine Rack here, and all of our recent magazine coverage here.