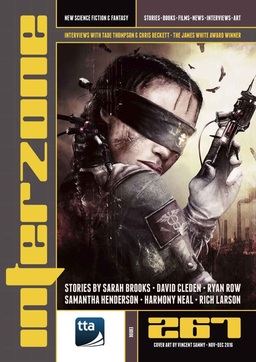 At first, the inmate sees no reason to ‘die’ any sooner. But after a few days to think it over, she decides that maybe she can hold onto a part of her mind. So she agrees and signs the contract.

With just days to live, the inmate has second thoughts. She puts herself in her cousin’s place and realizes she will use her daughter and future generations to live forever. She can keep breeding new vessels to transfer her mind into. As a death-row inmate she cannot escape the mind swap. Can she find another way to stop her cousin using her future generations?

And “You Make Pattaya” by Rich Larson.

Larson’s short SF story is set in a technically advanced future. A time where a grifter named Dorian thinks he’s found a lucrative score. He enlists the help of a prostitute to get compromising footage of a celebrity that he can sell to magazines. Using a camera contact lens, the prostitute will circumvent all the celebrity’s security. A good con artist is prepared in case things don’t work out, but are Dorian’s backup plans going to be good enough this time?

The author filled the story with insights on how technology may develop and how people will use it for the most universal of purposes, personal gain… a nice read.

“Alts” by Harmony Neal
“Dogfights in Olympus and Other Absences” by Ryan Row
“The Hunger of Auntie Tiger” by Sarah Brooks
“You Make Pattaya” by Rich Larson
“Rock, Paper, Incisors” by David Cleden
“My Generations Shall Praise” by Samantha Henderson

Interzone is one of the few remaining fiction magazines to include illustrations — and great illustrations at that. Here’s the opening spread for “Dogfights in Olympus and Other Absences” by Ryan Row (illustrated by Jim Burns). 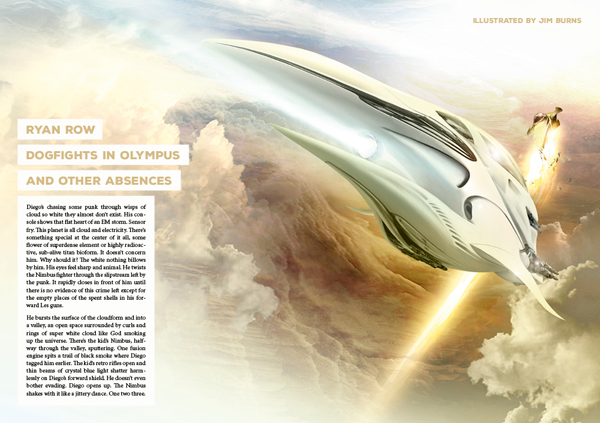 And “The Hunger of Auntie Tiger” by Sarah Brooks (illustrated by Jim Burns). 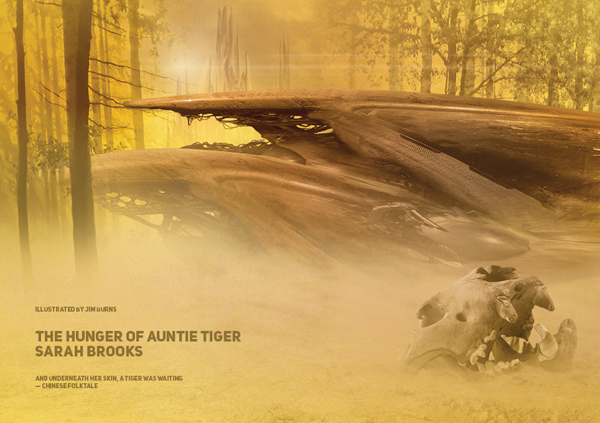 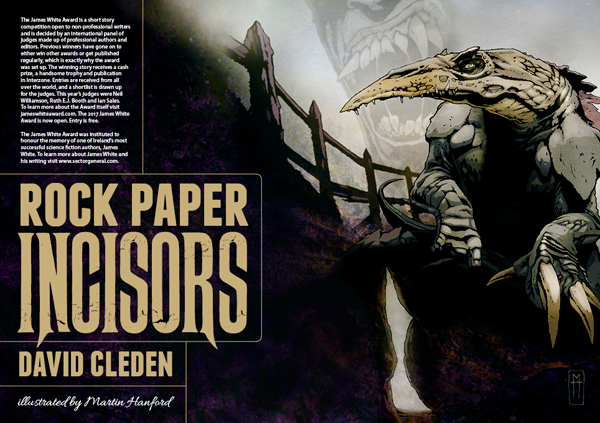 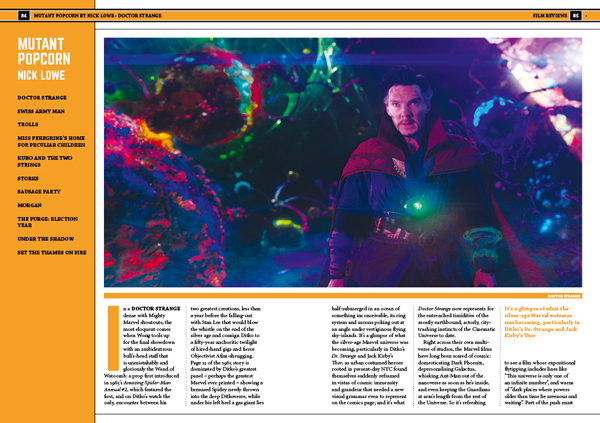 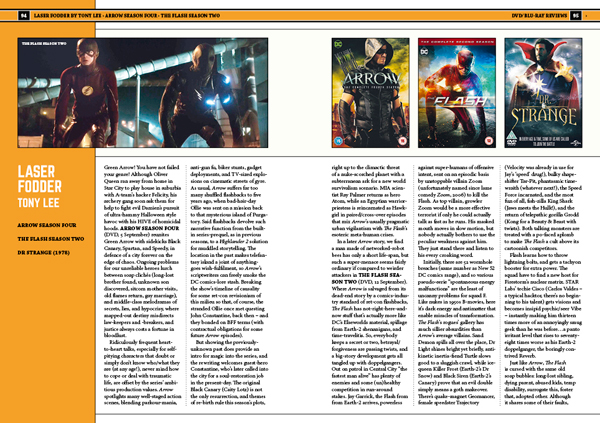 See more details and excerpts from issue 267 at the TTA website.

Interzone is edited by Andy Cox, and published by TTA Press. It is 100 pages, priced at £4.99. The cover is by Vincent Sammy. Copies are usually around $9.99 here in the US. A six-issue subscription is £27 (UK) and £33 in the US. Order right from the TTA Press website.

We last covered Interzone with Issue 266.