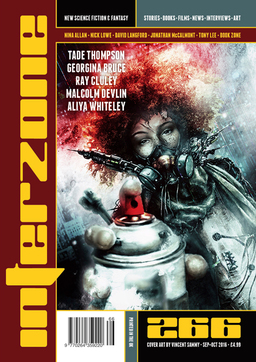 The September/October issue of Interzone magazine is now on sale, with a cover by 2016 cover artist Vincent Sammy, “Heaven Spots” (click the image at right for a bigger version.)

The twelve houses on Hope Street faced a strange blight in this horror mystery novelette. One by one, the sinister blight consumed each house making it unlivable. Failure to leave resulted in death; failure to stay away resulted in death. The displaced residents found temporary sanctuary in the other houses on the street. In all but one, that is. For Daniel Dormer, the patriarch at number twelve, felt that all this had happened to his neighbours for a reason.

When Daniel’s house was the only one still livable, he had to face the consequences of his petty prejudices.

The author develops the characters well and uses the mystery to pull the reader through the story. The enigmatic blight hangs over everything leaving the reader with many questions to answer. A pleasant and intriguing tale.

And Tade Thompson’s “The Apologists.”

This science fiction novelette revealed one way humanity can go out with a whimper. A highly advanced race blundered onto the Earth, unaware a sentient life already lived there. The aliens accidentally wiped out all but five humans. This story then dealt with how these five lived out their existence on a planet where the aliens apologized to them for one hour every day.

The apologists encouraged the five humans to recreate London, populated by human simulants, using the aliens’ advanced technologies. But to what end? If you were one of the very last humans in the universe, what would you do? How would you feel towards those that had wiped out your family, albeit by accident? An engaging tale that explores what it means to be human and how different individuals can be. Nicely crafted, the story keeps drawing in the reader as the main character struggles with his new reality.

As usual, Interzone puts other magazines to to shame when it comes to design and layout. Here’s a look at the table of contents. 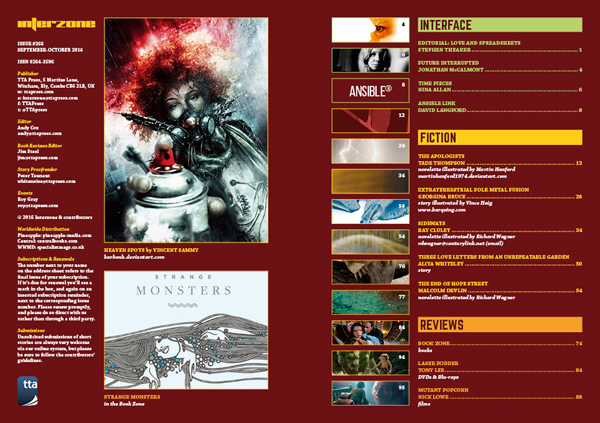 Here’s the opening spread for “The Apologists” by Tade Thompson (illustrated by Martin Hanford). 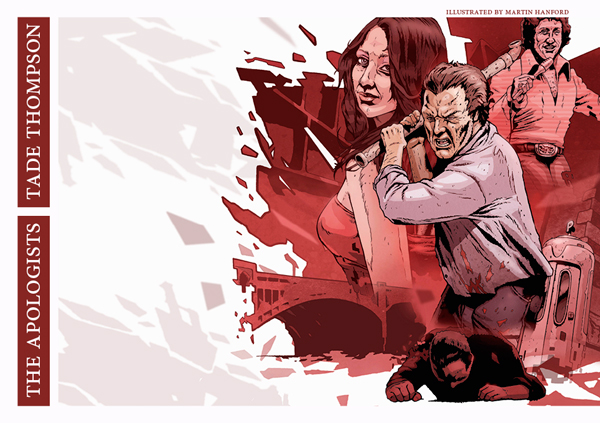 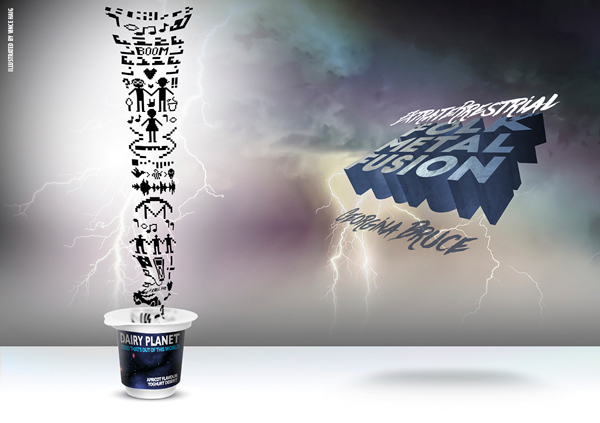 And “Sideways” by Ray Cluley (illustrated by Richard Wagner). 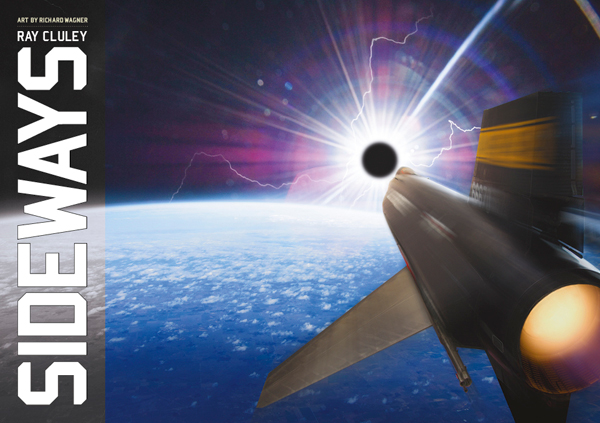 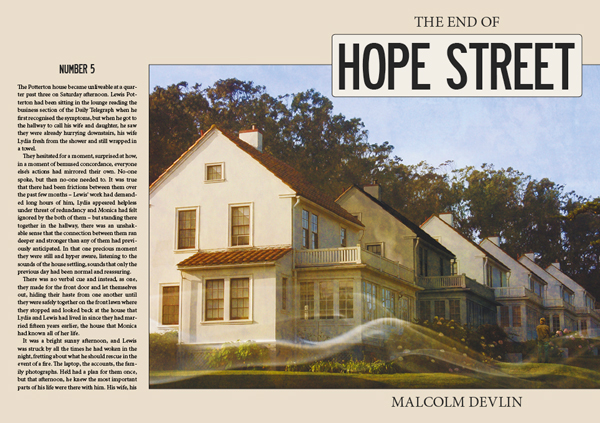 See more details and excerpts from issue 266 at the TTA website.

Interzone is edited by Andy Cox, and published by TTA Press. It is 100 pages, priced at £4.99. The cover is by Vincent Sammy. Copies are usually around $9.99 here in the US. A six-issue subscription is £27 (UK) and £33 in the US. Order right from the TTA Press website.

The previous issue was 265 (details here). We last covered Interzone with Issue 264.

See our September Fantasy Magazine Rack here, and all of our recent Magazine coverage here.