I have here a bag of holding. I am now going to pull some things out of it…

This past fall, since I do a lot of commuting to work and had become too depressed to follow my daily routine of news radio, I began listening to books on CD.

Sandford, a retired Minneapolis journalist, began writing the Prey books back in the ‘80s. The series now has 27 installments, with an additional 13 spin-off books! Looks like I’ll be spending time with Lucas Davenport in my minivan for a long time to come.

Having brought these out of the bag, I’d like to discuss two specific areas of appeal of a series like Prey. First is place. Second is chronological progression (following characters as they age). Then I have an afterthought about genre “classification.” I’ll also  address “audio” vs. “printed page.” And I’ll have a few things to say about King’s foray into hardboiled detective fiction along the way.

A Time and Place 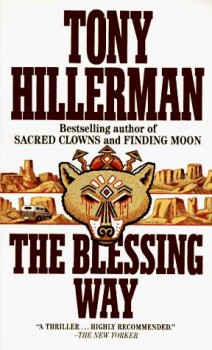 Setting fictional characters in locales with which we’re familiar has an obvious appeal. This is, indeed, a hook of many contemporary series, where the setting becomes another “character” in a sense. My first taste of this was reading Tony Hillerman’s Navajo Tribal Police mystery novels back when I lived in Arizona (those novels follow tribal policemen Joe Leaphorn and Jim Chee on cases around the Four Corners region of New Mexico and Arizona).

Now that I live in Minnesota, I can’t help but get a kick out of characters moving through locations in Minneapolis, St. Paul, and out in the rural areas with which I’m familiar. Even if one is not personally familiar with the locale, local color can be an enjoyable facet  – delivering the pleasures of a well-written travelogue unobtrusively mixed into a suspense thriller. I’ve also dipped my toe figuratively into John D. MacDonald’s Florida (in his Travis McGee books) and  the much more off-the-wall crazy Florida of Carl Hiaasen.

(And now I’m realizing I’ve read a lot more in the mystery/detective genre than I give myself credit for. I used to confess about all I’d read was Arthur Conan Doyle and Raymond Chandler, but clearly that’s not so. What other secrets do I hide from myself?) 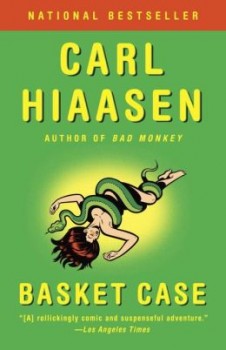 My first foray into the mystery genre was the Hardy Boys novels of Franklin W. Dixon (apparently the publisher’s house name; they were all ghostwritten). Even at that tender age, after having read a few of them I was struck by a glaring inconsistency: Brothers Frank and Joe Hardy never age. Invariably they’re on summer vacation (obviously the same summer vacation, since they’re perennially fifteen and sixteen in the original books). Most of their cases consume several days or weeks, and they managed to rack up 58 cases in the original run! What is this, Groundhog Day?

(The same niggling thought occurred to me about Spider-Man. Back then he was still in high school, but by that time he’d been fighting foes on a monthly basis in multiple titles for two decades. He also found time to guest-star in most of the other Marvel superhero comics. I casually calculated that poor Peter Parker must’ve been in one or more knock-down drag-out fights with a cyclically revolving roster of super-villains every. Single. Day. Of his life.) 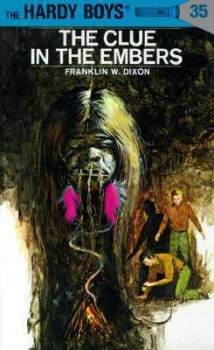 So Sandford has put out 27 Davenport novels over as many years, and his characters have aged in “real time” with the books. Relationships begin and end, friends come and go, a family is started, job titles change, and age slows Davenport down from the wild, physically aggressive approach of his younger days on the force. (And people start using cell phones!) We get to follow a character through the whole narrative arc of his life.

And that is a big reason why fans of a series like this feel so close to these imaginary people. We grow to feel like we “know” them because we do – probably more intimately than we know any single person in real life other than ourselves.

In labeling books like the Prey series, I get hung up on whether they are more accurately described as mystery, detective, or thriller/suspense novels (or — yet another sub-genre — police procedural). In most of his books, Sandford uses a different approach from the “standard” mystery template, which muddies the waters.

A standard “mystery” novel is one in which a crime (typically a murder) has occurred and the reader spends the book trying to figure out along with the protagonist whodunit. In most of the Prey books, though, we know who the killer is from the outset: the books often open in media res as the foul deed occurs. The only mystery is how our protagonists will identify and catch the felon. Sandford plays the old-style mystery card in a couple books, withholding the identity of a criminal or two, but it is atypical. 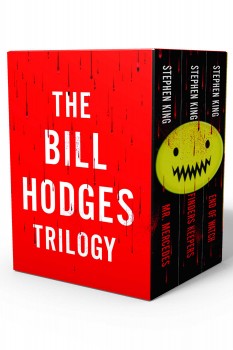 A few words about King’s Bill Hodges Trilogy – and it’s a nice bit of synchronicity that I picked these up soon after discovering Sandford (as I’ll explain in a moment).

While I haven’t yet read the third book, the first two – Mr. Mercedes (2014) and Finders Keepers (2015) — are some of King’s finest writing in years. Lean, mean books with all of King’s strengths and few of his weaknesses on display, they are the writer’s first foray into “hardboiled detective fiction.”

He handily uses all the old tropes, but often in clever and unexpected ways. He also introduces a trio of flawed but good characters whom readers including myself immediately fell in love with – and I for one wish that this series could go on for 27 books.

One thing that struck me about King’s style and tone here, and even the structure and pacing of the books (for instance, the way he alternates between the villain’s and the hero’s POV, with occasional brief side trips into the POV of victims), was how reminiscent it all was of Sandford.

So it came as no surprise to note that King has read Sandford and given him enthusiastic endorsements. What is perhaps more interesting was to learn – reading some of Sandford’s new prologues to his books — that Sandford has been a big fan of King ever since his early work in the 1970s and ‘80s.

A final thought on receiving these stories through the medium of audio: Both Richard Ferrone and Will Patton are excellent readers.

Patton, especially, has an uncanny knack for doing character voices – he could practically stand in for a full cast recording.  The only reason I haven’t yet “read” the third Hodges book, End of Watch (2016), is because I do much less driving in the winter.

Having begun these narratives receiving them in this form, I’d prefer not to switch to the written page: I’ll rely on Ferrone and Patton to deliver the rest to me, welcome companions on those rural Minnesota county roads.

I read a bunch of the Sanford books back in the late 1990s/early 2000s. I live in Minneapolis, so it was fun to see locations I recognized (and one book had some events happening near the American Indian Center on Franklin, which is just a few blocks from a place I lived shortly after college). I agree with your comments about time & space. (Which is, parenthetically, one of the reasons I had trouble with most of the second- & third-tier Conan pastiches — I shudder to imagine what his Franklin planner must look like.)

Joe H.: I know some of Joe Lansdale’s work, but haven’t read any of the Hap & Leonard books. I’d like to check them out!