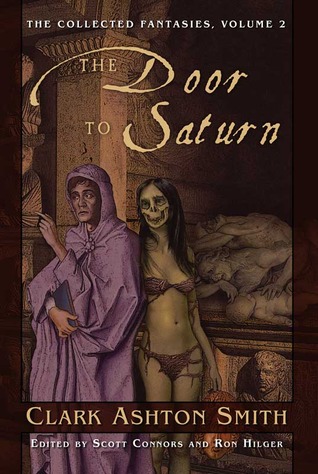 I’m back from my latest amble through the collected SF and fantasy stories of Clark Ashton Smith from publisher Night Shade. I’m reading these at a gradual pace, sprinkling a story here and there among whatever else I’m reading. It’s like having Clark Ashton Smith casually hang out with you for months at a time, a darkly erudite and sporadically mordantly humorous traveling companion who occasionally asks: “Hey, what are you reading there? Well, let me tell you this story I just thought up…”

Same caveat as for Vol. 1: If you’re a Clark Ashton Smith neophyte, these Night Shade chronological editions aren’t the best starting point discovering him. I recommend the Penguin Classics collection The Dark Eidolon and Other Fantasies for readers who want a quality primer with a collection of some of Smith’s stories in an inexpensive and easily available volume.

Vol. 2 features stories written over a more abbreviated period than in the previous volume: July 1930 to May 1931. Each story is listed below with its original date and place of publication — often (as is the case with “The Red World of Polaris” and “The Face by the River”) many years after when it was first composed, and sometimes in a modified form different from the corrected text Night Shade presents.

There are some big hitters here. But it’s sad to note how few of these classics ended up in Weird Tales because editor Farnsworth Wright kept bouncing them. As many stories appeared in Hugo Gernsbeck’s Wonder Stories as did in Weird Tales. Which means Smith was receiving delayed payment on these stories — if he was receiving payment at all. (Gernsback had a “payment on lawsuit” way of operating, and Smith eventually hired a lawyer to get his money. That’s for a later volume.)

The best piece out of this treasure pile is a tough choice: “The Door to Saturn,” “A Rendezvous in Averoigne,” “The Return of the Sorcerer,” and “The Testament of Athammaus” all jockey for the title. Smith was finding his way with his two earliest settings, Hyperborea and Averoigne, and it’s telling that the best stories collected here belong to these cycles.

I can’t say enough good about the Hyperborea entries. “The Door to Saturn” certainly deserves having its name on the front of the volume. This is both a superb look at an alien setting (avoiding the pedestrian and unengaged pacing Smith often used when writing for the straightforward science-fiction magazines) and an excellent piece of ironic, dry humor with strong characterizations from a lawman and a sorcerer trapped on Saturn. The amount of world-building put in this small space is marvelous. “The Testament of Athammaus” also contains ironic humor from its narrator, a headsman who discovers chopping off a criminal’s head apparently isn’t always sufficient. But it’s primarily a grotesque horror show and a key moment in Hyperborean history. Smith was justly proud of the monster he created here. 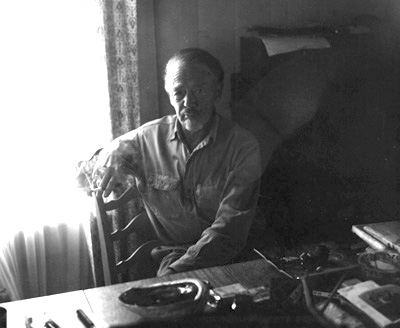 “A Rendezvous in Averoigne” shows how Smith could take the most basic storyline and weave something sumptuous from it through the power of poetry. The plot is the simplest vampire story you could imagine: travelers stop at a mysterious castle; the hosts are vampires; the visitors find out in time to stake them; the end. Yet this story has always stayed with me, and not only because it was the first Clark Ashton Smith story I read (in the excellent Arkham House collection A Rendezvous in Averoigne, which I still believe is the best single-volume CAS sampler). The opening, where the poet Gérard de l’Automne is trying to compose a ballad for his love Fleurette, “who had promised to keep a rendezvous among the oaks and beeches like any peasant girl,” has an encompassing gentle beauty and creates a romanticized Middle Ages; the world as a poet such as Gérard might perceive it. The story that follows stays in this tone and is one of the finest examples of how CAS worked through mood and language. In the hands of almost any other author, the plot of this is the definition of forgettable. CAS makes it great enough that it headlined an Arkham House volume.

“The Gorgon” and “The Return of the Sorcerer” are among the finest of Smith’s modern-day horror stories. “The Gorgon” plumbs Smith’s fascination with the impossibly ancient, and I can’t resist the idea an eccentric collector in modern London has a hidden gallery where he keeps the head of Medusa. The ironic finale is obvious but exactly what the work deserves. “The Return of the Sorcerer” can be described as a demonical magic variant on “young man signs up to work for a mad scientist and finds out the mad scientist is mad!” But it delivers a pleasantly grisly and gruesome finale that I’m surprised Smith managed to get published at the time. The Night Shade volume also includes the earlier ending in the appendices, which Lovecraft suggested Smith alter to make the last reveal more obscure and less overtly horrific. In this case, Lovecraft was 100% right: the more elliptical finale is superior to putting a reconstructed corpse in the bright spotlight.

“The City of the Singing Flame” visits a theme with autobiographical strokes Smith enjoyed: the writer/sculptor/poet of the weird fantastic who falls into the allure of another world or bizarre entity, leaving the reader in ambiguity about the protagonist’s fate — and whether it was what they truly wanted. In this iteration, a weird fiction writer living in Northern California (there’s that autobiographical slant) passes between two column-like boulders and emerges in an alien place before a bizarre city. The hypnotic singing from the city beging to draw him in, even as his practical mind fights against it. “The City of the Singing Flame” is often listed among Smith’s finest works. I don’t hold it quite as high — I think the autobiographical aspect is what boosts it with many CAS fans — but it’s among the top in this volume. It’s certainly among the best pieces he sold to Wonder Stories because it depends more on sensory effects rather than long explanations of alien cultures, and that plays to Smith’s strengths.

“Told in the Desert” and “The Willow Landscape” are short pieces straddling the line between prose poems and full stories, but this was a story type CAS was adept at. The two are lovely romances thick with the best of the author’s style. 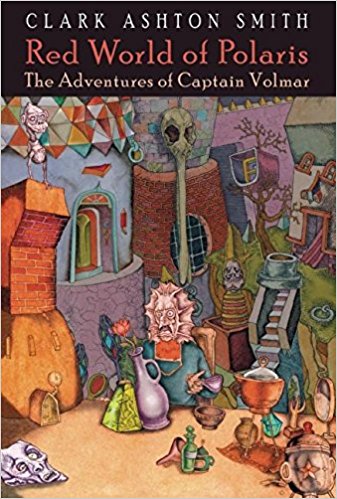 The volume contains some odd ephemera Smith had a hard time selling to professional magazines during his lifetime, as well as some ephemera that did sell, like the bland “The Justice of the Elephant” and passionate but still slight “The Kiss of Zoraida.” (Neither story has any fantasy elements, only the romanticized Middle Eastern and Indian settings.) “The Good Embalmer” is a brief shocker, like a good campfire tale. “The Face in the River” and “The Ghoul” are effective brief tales, but nothing memorable.

The Captain Volmar stories (“The Red World of Polaris” and “A Captivity in Serpens”) simply aren’t for me. C. L. Moore handled this kind of star-spanning weirdness with a surer hand than CAS, who was more at home away from worrying about the “science” part of “science fiction.” In the realm of this type of SF, Smith does a better job with the time-travel tale “An Adventure in Futurity,” although considering the outcome the future human race faces — destroyed by Martians in collusion with the human’s Venusian slaves — a better title would be “An Adventure in Futility.” It’s one of the better examples of the “walk-thru” type of science-fiction stories favored in the late ‘20 and early ‘30s, and the underlying subtle themes about Earth fifteen thousand years from now hold it up.

Similar is “A Letter from Mohaun Los,” a cosmic traveling story that initially appears to be a time-travel story. Smith applies more satirical detail for this one, and was fond of a sequence where a time-traveling spaceship attacks a robot leading to their mutual destruction. He was right to feel proud of this moment: it’s definitely the highlight of these various Wonder Stories walkthrough tales.

“The Hunters from Beyond” feels paltry beside its modern-day horror companions in the volume. It’s a reworking of Lovecraft’s “Pickman’s Model” but without the significant shock of the ending; the reveal comes earlier and the general execution is languid. But there’s a good vision of a hellish other dimensions in the final paragraphs, which was something Smith added when he realized the story needed more punch as it closed out.

Our previous coverage of Clark Ashton Smith includes… a lot a stuff:

This is a timely reminder for me to move v3 further up on my reading queue. I also agree about the Arkham House Rendezvous in Averoigne being possibly the best single-volume Smith collection — if nothing else, it has my favorite art (from J.K. Potter).

Yes, further props for A Rendezvous in Averoigne and its lovely, evocative cover illustration, a volume I was moved to purchase in hardcover without even considering whether it was or would be available in paperback.

I received 2 of the 5 volumes in this series — in hardcover — as Christmas gifts from my mother in 2008. I bought 2 more, through Amazon, for about $30 apiece not quite 4 years later. When I tried to complete the set by buying Vol. 2, I discovered that it would cost me over $300!! Apparently, Night Shade Books let Vol. 2 go out of print, and only 3rd party sellers had it available. I could not afford $300, so I kept checking on eBay & other sources for lower prices, all in vain. Then I learned that Night Shade intended to publish a paperback. Not long after it was released, I found the brand-new paperback going for $60 and more on some websites. I can’t recall where I got mine, but it only cost me $30, plus postage. I was able to get a 6th volume, of miscellaneous writings, in hardcover, at about the same time, so although I have volumes 1, 3, 4, 5, and that unnumbered volume in hardcover, and Vol. 2 in paperback, all sitting on the same shelf, not QUITE looking uniform, at least I have the complete collection, and they are truly a joy to pull off the shelf every so often and sample the delightfully grim contents within.

@Joe – J.K. Potter is a uniquely weird fit to CAS. I wouldn’t have thought an artist who worked extensively with photography as someone who would be suited to illustrating CAS’s work, but it ended up perfect. The illustration for “The Empire of the Necromancers” in particular is amazing.

I feel a touch sorry that J.K. Potter has a name that most people will think is somebody confusing J.K. Rowling and Harry Potter. Maybe he gets extra website hits that way, though.