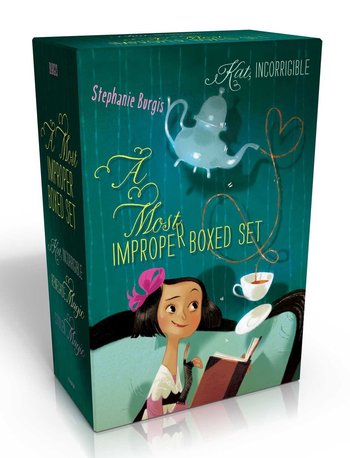 Not long after I got my Ph.D. in Chemical Engineering, I joined a small start-up in Champaign, IL. I kept trying to explain to my friends and family what we did, without much luck. But after Microsoft licensed our first product and renamed it Internet Explorer 1.0, everyone understood what we did.

It was thrilling to be a manager in a fast-growing internet start-up in the early days of the dot-com boom, let me tell you. But one of the things I came to realize early on was that being an early tech pioneer was no help at all when it came to predicting where the next big thing was coming from. When Jeff Bezos founded Amazon.com, for example, I confidently predicted it would never approach the success of Borders, since there was no way to browse for books, like you could in a real bookstore. Today, Borders is bankrupt, Amazon.com is one of the most successful companies in human history, and I spend hours every week browsing and shopping for books online, discovering more new titles than I ever could in a brick-and-mortar store.

That’s how I stumbled across A Most Improper Boxed Set, a delightful trilogy of Regency fantasy novels by Stephanie Burgis (Masks and Shadows), and decided to take a chance on it. Would I have made the same impulse purchase in a bookstore? Who can say? I’m just glad I did it.

For lovers of Harry Potter and Jane Austen, this boxed set of the Kat, Incorrigible Regency-era fantasy trilogy is a delightful blend of adventure, humor, mischief, romance, and quite a bit of improper magic.

Katherine Ann Stephenson has just discovered that she’s inherited her mother’s magical talents, and despite Stepmama’s stern objections, she’s determined to learn how to use them.

But nineteenth-century England is not the easiest place to practice scandalous magic. Kat’s reckless heroism will be tested to the utmost as she learns to control her new powers — all while battling dangerous highwaymen, dodging devious scoundrels, attempting to win her sisters their true loves, avoiding malicious gossip and disgraceful accusations, managing her sister Angeline’s heedless witchcraft and her brother Charles’s carelessness… and saving her family’s lives, the magical Order of the Guardians, and ultimately, England itself. And all this while trying to maintain the dignity of a proper lady!

This paperback boxed set — which includes Kat, Incorrigible; Renegade Magic; and Stolen Magic — contains enough mischief and magic to make Stepmama faint… and to satisfy the most voracious of readers.

A Most Improper Boxed Set was published by Atheneum Books on October 7, 2014. It contains three novels in trade paperback, with a combined page count of 1072 pages, and is priced at $21.99. The marvelously whimsical cover art is by Annette Marnat. See Emily Mah’s interview with Stephanie Burgis here.

Wait wait wait m, back up. Back Up. Do you really have a chemical engineering degree. How has that not been mentioned.

Yeah, I do. I did my undergraduate and Master’s degree at the University of Ottawa, and I got my Ph.D. at the University of Illinois in Urbana-Cahampaign. I worked for Amoco Oil for 14 months, before I joined Spyglass and made a permanent career change to Internet software.

Well, that’s two nieces’ worth of Christmas taken care of, right there.

To be fair to you, in the early days searching for things on Amazon was horrible. (Even now it’s not perfect, but it’s definitely much better.)

Also, thanks for the rec; I’ve just ordered mine.

> in the early days searching for things on Amazon was horrible. (Even now it’s not perfect, but it’s definitely much better.)

It’s gotten so good now that I actually prefer it to browsing in a bookstore… how crazy is that??

> Also, thanks for the rec; I’ve just ordered mine.

Let us know what you think! My copy arrived in the shrinkwap, and you know what that means.