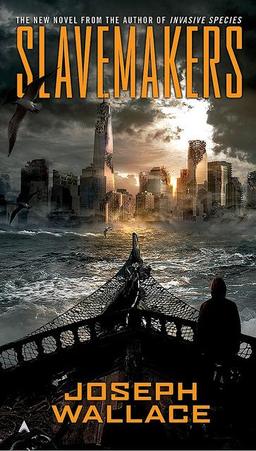 Jack McDevitt called Joseph Wallace’s 2013 novel Invasive Species, the tale of an explorer who stumbles on a new species of wasp in an African rainforest, “Brilliant.” His newest thriller is a sequel to that book, and it opens with humans on the verge of extinction.

If you like postapocalyptic adventure tales, this one looks original and intriguing. Check it out.

Twenty years ago, venomous parasitic wasps known as “thieves” staged a massive, apocalyptic attack on another species — Homo sapiens — putting them on the brink of extinction.

But some humans did survive. The colony called Refugia is home to a population of 281, including scientists, a pilot, and a tough young woman named Kait. In the African wilderness, there’s Aisha Rose, nearly feral, born at the end of the old world. And in the ruins of New York City, there’s a mysterious, powerful boy, a skilled hunter, isolated and living by his wits.

As the survivors journey through the wastelands, they will find that they are not the only humans left on earth. Not by a long shot.

Slavemakers was published by Ace Books on December 1, 2015. It is 384 pages, priced at $9.99 for both the paperback and digital editions.