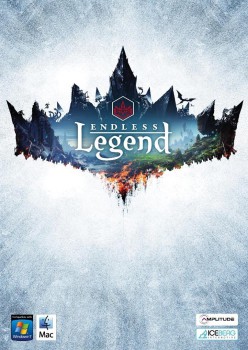 My first experience with 4x gaming (“eXplore, eXpand, eXploit, and eXterminate”) was a 1989 fantasy game called Warlords. I have many fond memories of the Orcs of Kor and super-mobile wizards and played the bits out of it for about a year, in fact the game probably holds some kind of personal record for cost per hour in gaming in fractions of pennies. I’ve played them off and on ever since, and settled into being a solid Sid Meier fan sometime around Civ III. I’ve played just about everything he’s put out since. Frankly, he’s the king of 4x.

Sid’s throne is resting on an unsteady dais these days, as Amplitude, an upstart indie publisher, captured my imagination and my heart with Endless Legend. Legend is a fantasy 4x that expertly weaves ideas, art, and gaming interface into a synergistic RPG RTS whole that tests brain, bladder, and sometimes marriage (Me: “Just one more turn, hon.” Wife: “So, three hours, then?”). Auriga, the world of Endless Legend, is a place I have a great deal of trouble leaving.

It’s a fascinating tableau, once part of a high interplanetary civilization known as the Endless. They’re gone now – Auriga suffered some planetary catastrophe and the races are just now getting themselves back on their feet. While they have mostly forgotten their higher days, there are ruins filled with secrets that may give you an advantage as you rebuild. 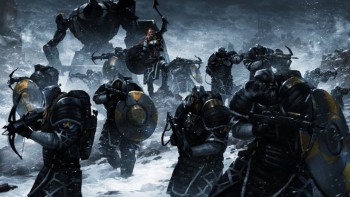 The heart of the game is in the people of Auriga. Most 4x games vary their factions with a few special units, mild tweaks to strengths and weaknesses, a few unique graphics, but there’s a sameness in what you’re doing regardless of faction even in the best of them – which, admittedly, allow the player to pursue victory in whatever way she enjoys.

Endless Legend blows the roof off that convention with the variety of their factions. You can play a group of cultists that don’t even found cities, for Frith’s sake, they just go in and convert the inhabitants of other lands. The game’s major trading faction has its civilization roam the board as sort of a vast caravan. There’s even the ability to play as dragons, an ancient diplomatic race, who don’t care much about science, armies, or money – they are seekers of arcane knowledge that may save the planet from another cataclysm. Each faction has unique military units, heroes, starting technologies, and goals. 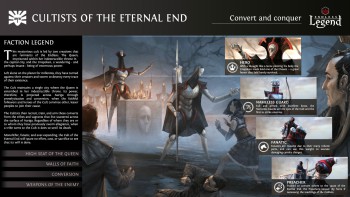 Quests are very important to the game, carried out either for your own civilization or for quite flavorful minor nations who will reward you and perhaps join your empire, adding their own unique units to your heroic tapestry. Units and heroes also gain experience, which brings something like role playing to your heroes as they pick up gear and skills.

Your forces are intensely customizable. You can keep them cheap and cheerful or buy upgrades and even magical equipment. Individual heroes can either serve in the field or be placed as city governors, granting bonuses and fighting only if the city is attacked (you can convert a field hero to a city governor or vice versa, but the process takes a few turns).

While the game is not Total War, it does try to handle the inevitable military conflicts in an interesting manner, letting you play out a battle using the board’s actual terrain over six rounds. You deploy your forces and give them orders (which may or not be carried out if a speedier unit manages to get the drop on you). Putting tougher units up front to protect your softer missile troops and letting a hero serve as linebreaker gives the fights a cinematic appeal, compared to the click n’ pray of something like Civilization. 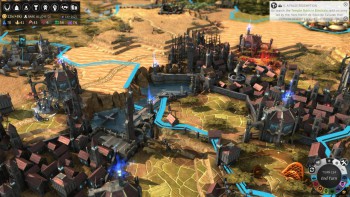 There’s also a seasonal game mechanic that toughens the later turns. Auriga has years of summers and then brief, harsh winter ages. As the game goes on into the hundreds of turns, the summers grow shorter and the winters longer and longer. Surviving this is woven nicely into the principal Quest-storyline for your faction.

It’s not a perfect game. The AI is rather passive. They don’t have a naval combat system, which is strange for a world where you can generate an archipelago map if you wish. It would be nice to have a Co-op endgame, but you’re limited to victory going to the first person to reach a game-winning goal. With the planet’s survival at stake, co-op seems a natural.

While I haven’t done it yet, the ideal way to play Endless Legend would be online with a few friends. With this game’s mechanics, the battles, backstabs and potential for a surprise coup would be epic.

There are so many things I love about this game. Even while a new game is being generated, a prose-poem tracks what your processor is working on:

Behold, my birth.
The birth of Auriga.
At first, from the void, came the shape.
Within that shape, continents rose up from the seas…
…and within those continents, the regions were created.
Then the regions were covered by desert, and forest, and grassland…
…and by hills and mountains that rose up to give my face a form.
Clouds drew together, rains fell, and the rivers swelled with water…
…and the lands grew wetter or drier as the rivers carved their way.
From beneath the crust of my skin precious resources thrust up.
Lesser species as well evolved and ranged across me,…
…and as all of these lived and grew and died they left their traces.
Lastly, for my children, I sowed places where my bounties could be easily reaped:
Bounties in minerals, in magics, in the wealth of the soil.
And when all was ready, and I saw that the world was rich, …
…only then, were my children were seeded upon it.
And then nothing remained but to wait, and to hope.
So the void became the shape, …
…and the shape became the land, …
…and the land became rich, …
…and all of that is me.
Auriga. 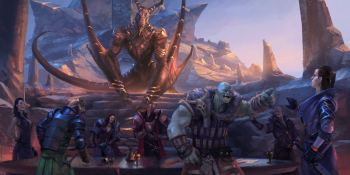 These are people who care about the details.

The best news of all, and really the reason for this quick review, is that Steam has Endless Legend on sale for a few more days of their traditional holiday bargains. You can get the basic game for ten bucks, or add a few more factions for upwards of twenty or thirty dollars.

It’s a steal at that price even if you aren’t much of a 4x gamer and are maybe just looking for some fantasy story inspiration.

Warlords was one of my first ever strategy games, too. I loved it to pieces!

Great review, Eric! I’ve been intensely curious about this game for a couple months, ever since I found Drew playing it on my machine (the day my kids learned how to buy and install games on their own was a proud one for me. Except now I have to fight for access to my machine.)

It was a fascinating game to watch… and now I know it’s as much fun to play as it looks!