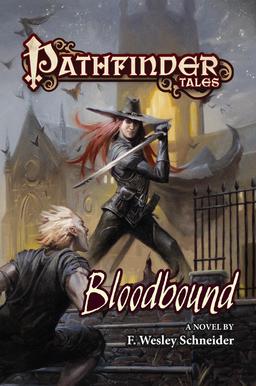 F. Wesley Schneider has had a fascinating career. He was the former assistant editor of Dragon magazine, and co-authored Complete Scoundrel for Dungeons & Dragons. He is the co-creator of the Pathfinder Roleplaying Game, and over the last seven years has produced dozens of Pathfinder adventures and accessories, including Hell Unleashed, Artifacts and Legends, Varisia, and Rule of Fear.

He’s currently the editor-in-chief at Paizo, and in that capacity has overseen the entire line of Pathfinder Tales, including novels by Howard Andrew Jones, Tim Pratt, Dave Gross, and many others. His first novel, Bloodbound, was released this week, and we had the chance to chat with him about this exciting change in his career.

You’ve been writing and designing game supplements and adventures for over a decade. What’s it like to get behind the wheel of a novel instead? How are the challenges similar, and how are they different?


Honestly, after spending so much time working on roleplaying games, writing a novel felt sort of self-indulgent. Working on Bloodbound was far more like the act of playing a roleplaying game than writing an RPG adventure actually is.

For anyone not familiar with roleplaying game adventures, they’re essentially giant outlines that allow a Game Master to tell a particular story without having to do much preparation. An RPG adventure provides the script for a story, descriptions of the settings, and game rules for all the various threats.

[Click on the images in this article for bigger versions.]

But part of the challenge of writing an adventure is that you don’t know anything about the main characters. A major appeal of roleplaying games is that, as a player, your character can be anything and do anything — which is pretty much a nightmare for narrative. Working on an RPG adventure is like writing a story, but having no control of what the main characters are going to do, forcing you to anticipate character action and chart out the likeliest choices. Then, as if that wasn’t challenging enough, the writer isn’t conveying the story to the audience — that’s the Game Master’s job. So, you’re providing an elaborate, branching storyline that someone else narrates! 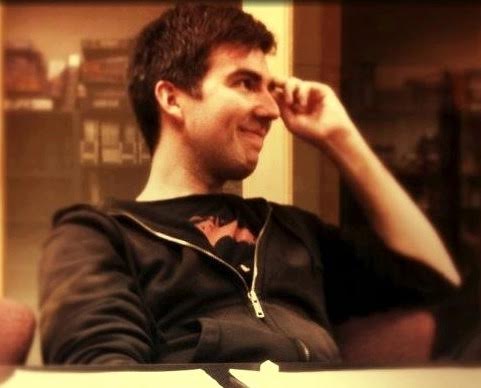 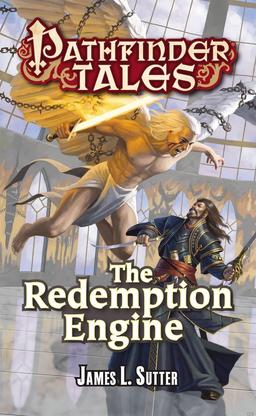 Ultimately, this makes RPG adventures a terrible medium for telling your story. The cool part, though, is that it means you’re creating a work that becomes an endless number of stories. Players of adventures I’ve written come back with some of the most fascinating reports. Sometimes they’ll tell me about nearly forgotten characters who’ve taken on lives of their own. Other times, they’ll run over major plot elements like speed bumps. The strangest stories involve criticism about things I didn’t even write, but a Game Master threw in for mysterious reasons. In any case, once a story’s in the players’ hands it’s more theirs than any author’s. That makes RPG adventures a pretty unique medium, as every participant’s experience is customized to them.

With novel writing, though, there’s no safety net. There’s no weird player tangents, there’s no Game Master covering up plot holes, it’s all direct from author to reader. Writing an adventure, you know you’re not really in the driver’s seat. With a novel, there’s only you and that seat. I wouldn’t say it’s easier, but it’s less technical in a way — certainly you don’t have to weave in a bunch of game rules. With a novel, it’s more important that the characters feel real and behave in ways that make seem like products of the world they live in. Characters in RPGs tend to have limited lives, as even major villains are secondary to the main characters that the game’s players control. Writing fiction, though, you get to delve far deeper into who the main characters are, what they thing and feel, and how they react in situations that would never come up at the game table.

In the end, though, both are a ton of fun and let you tell very different sorts of stories. Having tried my hand at both now, I don’t see myself ever exclusively switching to one in favor of the other.

You’re the editor-in-chief at Paizo Inc. We’d love to hear what THAT job is like.


While being the editor-in-chief at Paizo means I have a hand in nearly every product we produce, responsibility for the Pathfinder Tales line falls almost exclusively to our able executive editor, James L. Sutter.

Sutter’s not only one of our most senior editors, he’s a Pathfinder Tales author himself — having written Death’s Heretic and The Redemption Engine (Which we’ve covered here and here — Ed). Over the years, he’s cultivated a stable of stellar authors who regularly pitch new stories, but he’s always courting established fantasy novelists who we haven’t worked with yet. We prefer having authors create their own outlines, as we find that makes for better stories and happier writers, but even that can get tricky.

What’s it like to manage a creative property like Pathfinder? Is there a master plan to Pathfinder Tales, or do the authors call the shots? 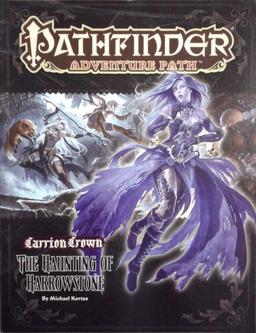 The Pathfinder world’s become a massive beast. While Sutter and I are both co-creators of that setting, it’s a shared world, and one that’s constantly expanding. Therefore, no one’s an expert on every facet of it.

To account for that, every author outline goes through an approval process where Sutter, Paizo’s Creative Director James Jacobs, Publisher Erik Mona, and I get the opportunity to throw in our two-cents. Most of what we see are great stories that only need minor tweaks. But we’re protective parents when it comes to our setting, so none of us are afraid to push back if a story plays with toys we’re saving or otherwise doesn’t fly.

Thanks to our fantastic and ever-flexible authors, though, the Pathfinder Tales novels have had an incredible variety — they’re far more than just adventures in dungeons. There’s been pirate escapades, jungle explorations, criminal heists, dark fantasies, journeys to other realities, and stranger stories, with much, much more coming down the line.

How does an author break in? What are you looking for?


As for what got my foot in the door, as editor-in-chief it’d be easy to say a swift kick.

Fortunately — and ethically — that’s not the case. As the whole Paizo crew has spent nearly a decade developing the Pathfinder game, world, and its various expressions, it’s important to us that everything we produce be top shelf. Despite having written tons of game content, I couldn’t just assume that my fiction chops were up snuff. So, like everyone else who wants to write for Pathfinder Tales, I had to earn my editors’ trust through a variety of smaller freelance assignments.

What made you pick up the pen yourself for the first time? 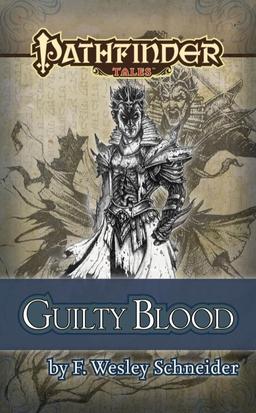 In my case, I’d written a few short pieces of fiction for our Pathfinder Adventure Path series. While that line primarily features RPG adventure content, each volume also features a short fiction piece. I’d tackled one or two of those early on, as well as snippets here and there throughout our various other products.

In 2011, I was working on scripting our first horror themed adventure series, Carrion Crown. I’d planned an adventure in the campaign for myself, something about vampires lurking beneath a city — themes that might ring a bell with Bloodbound readers. Sutter threw a wrench in those plans, though, asking me to pitch a story to run as Carrion Crown’s fiction series.

The result was the six-part novella “Guilty Blood,” which takes place in the same nation as Bloodbound and features a few of the same characters. There’s no plot overlap between the two, but if you check out both you’ll notice a few nods.

Later I wrote another Pathfinder short story called “Shattered Steel,” after which Sutter rather bluntly asked when I was going to pitch a novel. It still took a while to find an appropriately creepy plot, but the outcome was Bloodbound’s outline.

As for the results, you can check those out yourself since Bloodbound just hit store shelves.

Our recent coverage of Pathfinder Tales at Black Gate includes:

[…] A lot of people have sat down at the table and tried to make these games play out more like the more recent phone book sized “epic fantasies”. This is a disaster more often than not as any player that’s complained of their game master’s railroading could tell you. Adventures for role-playing games have radically different requirements as as Pathfinder’s F. Wesley Schneider explains: […]