There were seven hundred and seven stairs leading to John O’Neill’s desk within the Black Gate publishing complex, twelve more than last time, and I was exhausted when I reached the top. There, I waited, watching with trepidation as he finished reading a sheaf of papers, each heavily marked with the red pencil in his white-knuckled fist. His youth of back-alley boxing had left his hands suited to little more than holding an editor’s pencil, and this he wielded furiously, gold rings glinting in the dim light. From behind his massive chair the bodyguard, Tolstoy, glowered silently. Finally, the publishing magnate looked up at me and scowled.

“Starr,” he muttered, running a finger down a printed agenda on his desk. “Something about a blog post.”

“Yes, sir,” I stammered, holding out the two flimsy pages in my hand. Sweat had made the paper soft and slightly rumpled, and he considered them with distaste before taking them. His eyes flicked down the length of the copy before he tossed them down on his desk.

“But sir!” I objected, “this is an important topic!”

“Time management for writers?” he read, his frown deepening. He cast a glance at Tolstoy, and the giant intensified his glare. O’Neill, meanwhile, leaned back into his chair. “This is a publishing empire built on adventure, Starr. Not a bunch of feel-good New Age principles to live by. Tolkien didn’t give two hoots about time management. And when they were going through SEAL training together, Asimov and Heinlein used to make a point of being late to every drill, muster and meeting. And did that hurt them?”

“No!” O’Neill leaned forward, pointing a powerful finger at me as his other hand opened a cigar case on his desk. Tearing off the end with his teeth, he spat it into a canister off to one side, where a tongue of flame danced silently. Snapping his fingers, he waited while Tolstoy lit the thing, and then held it away from himself. Above him, a massive ventilation system roared into life, exposed fan blades spinning into a translucent sheet. “What does a writer care about time management?” he demanded, his voice cutting through the roar.

“Well, sir,” I offered, struggling to be heard. “How about setting goals? That’s important, isn’t it?”

“Nonsense!” O’Neill growled. “Soon you’ll be talking about putting each goal into a task list. Good God, Starr, what do you think this is? Better Gardens and Whatever? I bet you wanted to cover sub-tasks, too? Making each step a succession of ever smaller, more achievable goals?”

“That can help writers,” I insisted, taking a brave step forward. Could it be that I was making headway? “Many writers have problems maintaining focus. The problems of writer’s block and that strange lull about three-fourths of the way through a story… those can all be helped by proper –”

“Please, someone tell me I’m not hearing about sub-tasks,” O’Neill growled into the darkness. Pausing theatrically, in case someone might actually tell him something of the sort, he flicked the cigar away into the shadows, which flared into fiery life as a towering pile of manuscripts became an instant inferno. “Did Burroughs break A Princess of Mars into a succession of sub-tasks? Hell no! And let me tell you something H.G. Wells once said about goals. Now there was a guy who knew the importance of a good slack!”

At that moment the intercom buzzer sounded, and the powerful publisher raised a hand to interrupt himself, putting me into a holding pattern as he chatted with his chief secretary. I glanced at the massive Tolstoy, who had fitted a knuckle-duster over his fingers, fashioned from an entire baby elephant tusk, and he pounding the thing menacingly against his opposite palm as we waited. I tugged at my collar, now entirely too tight, and the heat of the thousands of flaming manuscripts sent sweat down my brow.

Mere moments after O’Neill concluded his side-conference, his administrative assistant appeared behind me, clicking up the stairs in stiletto heels. Once the ambassador to East Petunia, this professional negotiator now served as a ruthless enforcer of Black Gate’s editorial standards. She placed a tray holding a decanter and two cut crystal tumblers on her boss’s desk.

“Cognac?” she asked, pouring a finger into each glass.

“Please,” I managed, thinking that this was just what I needed.

She lifted one of the cups, and, with a bark of laughter, she took it with her as she headed back down the stairs. “Try earning it,” she told me.

I turned back to O’Neill, who sat, swirling the liquor in his glass, consternation making me brave.

“She must understand about time management,” I said, waving a hand at the departing woman. “Surely she estimates the times of each task, and places them on a calendar. She’s known to control deadline enforcement. How can she do that without knowing how long everything should take?”

“Deadlines?” O’Neill asked. “Deadlines are what I give out to writers. Writers can only give themselves sappy, over-written reminders on post-it notes. Speaking of which –” he waved the limp pages of my blog post at me “ — what’s with the two pages? Who are you, Dostoevsky, now?”

From the shadows, Tolstoy smiled at this, a slight rise of one side of his mouth. I shuddered. 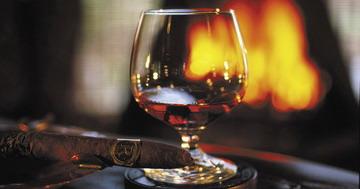 “Well,” I began hastily, “I think that a topic like this needs a proper treatment, and two pages –”

O’Neill let the pages in his hand flutter upward, where they were reduced to ever-finer confetti by the whirling propellers in the exhaust fan.

“Give me the elevator pitch,” he said. “No, better yet, give me the tweet. This is a blog, not some sort of how-to manual.”

“That’s nine of your characters,” he muttered, watching the cognac swirl in his glass, sending dancing glints of light spinning, projecting the fires from the manuscript pile across his features. As I rallied, trying to shorten my presentation to inane levels, he tossed the crystal tumbler into the dying fires, which roared into new life. “This isn’t going to be some sort of outlining thing again, is it?” he asked.

“Oh, no,” I assured him. “But if you are an outline user, that can make forming a task list much easier. It’s just a matter of finding how long each portion will usually take. If you write a thousand words an hour, and each chapter tends to be eighteen thousand words…”

“You don’t really expect people to track their writing times, do you?” he asked, scowling. “What, with a stopwatch or something?”

“I use a program called ToDoList,” I offered. “It’s free, and tracks times for every item on the list.”

“Good product placement,” O’Neill said with a gravelly laugh. “So you use this program how?”

“I have a separate sub-task for each day I work on any entry on the list,” I replied, feeling more confident. “I just divide the word count by the total time when I’m done with the book. The times of all the sub-tasks are totaled automatically for each entry. Across an entire project, it’s easy to find out how much time the average page takes me to write.”

“So you know how long it takes to write a page,” he allowed. “How does this help you?”

“I can use the same technique while editing,” I said. “If I can edit three pages an hour, I know the entire draft might take a hundred and fifty hours. That way, I can plan for it, and expect to be done by a certain date.”

O’Neill groaned, looking up at the whirling blades overhead. But then he sighed. “I suppose this will keep writers from making promises they can’t keep.”

Tolstoy smirked, clearly not believing it.

O’Neill faced me again suddenly. “And does it have a built-in accountability function? All this preplanning does no good if you don’t follow the plan. And if I know one thing, it’s that writers can never follow a plan.”

I slumped. This was the one flaw in any time management scheme. Without the ability to follow through, it fell apart. “Maybe by starting small,” I offered, “a writer can build up the good habits –”

O’Neill barked with derision, leaning back and putting his feet onto his desk. “That’ll be the day! Tolstoy, show Dr. Efficiency here the nearest exit.”

With a grunt of satisfaction, the hulking figure came around the massive desk, and led me back down the stairs with a huge hand weighing on my shoulder. From far above, John O’Neill’s mocking laugh rolled over me.

“Goals. Tasks and sub-tasks. Estimate and measure times for each. Put them on a calendar. Be accountable. There, I’ve rewritten your blog post for you, and all in a hundred and eight characters. *Tweet* that to me, next time, Mr. Productivity!”

The sound of his laughter followed me as I wended through the labyrinth of Black Gate Publishing. Somewhere, a klaxon was sounding, and massive printing presses thundered into action. Perhaps he was right, I thought. Tolstoy gave me a shove as we passed through the final door, and I struggled back to my knees in the rain-drenched back alley.

“Nobody likes over-written prose,” the giant rumbled at me, slamming the door as he withdrew back inside.

That, I thought, is another good point.

Aaron Bradford Starr has published a number of short stories and novellas with Black Gate, both the print edition (“Mortal Star,” in Volume 8), and in the Online Fiction Library. His online stories include “The Daughter’s Dowry,” “The Tea Maker’s Task,” “The Sea Lord’s Successor,” and “The Highwater Harbor.”

Modesty forbids him from mentioning any favorable reviews, accolades, or awards these stories may have garnered. To do so would make him uncomfortable.

I’m not a writer, but this post was a lot of fun. You managed to make an entertaining post about a usually boring topic.

Wow…this is EXACTLY how I imagined JON.

Love the style of this post. Wish I’d though of it (which doesn’t mean I won’t copy it…).

John reminds me of Paul Newman in ‘The Hudsucker Proxy.’

“That’s nine characters”..That was hilarious. I bet the assistant was Goth Chick. The Tolstoy bits were terrific. I’ve never met John in person but the caricature of him as a cross between Citizen Kane and J.Jonah Jameson was pretty funny.

I’m wondering what was the cigar brand? Macanudo? Arturo Fuente?

@Bob—lol, code it wrong and they dock ya!

For the record, Newman and Hudsucker smoked a Monte Cristo.

That was pretty grand. And I still love the pic of the rooftop headquarters as well.

@Bob and WA. Off-topic, but Hudsucker is one of my favorite movies of all time (and I’m pretty sure that’s the one thing that makes me a unique human being.)

Ape darling, the day I play anyone’s administrative assistance, especially O’Neill’s is the day I wear pink pips and flats.

Nice try but no cigar.

PS: Nicely done Aaron, but we’ve installed a lift. At John’s age and clearly swizzling all the cognac, he’d never make the clime.