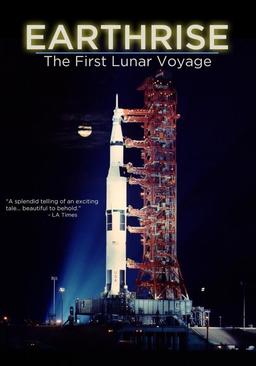 I’ve written two articles at this site about movies and documentaries that deal primarily with the Space Race years, which I define as 1957 (Sputnik) to 1969 (first Moon landing):

I thought I’d exhausted the supply of space race documentaries worth mentioning, but alas, I recently ran across two more.

Both are worth noting for the simple fact that they solve two problems I often see with this type of documentary. One is the tendency to cram too much into too little time, which means it’s hard to go into any kind of depth in one specific area. The other is the tendency to rely on footage that’s rather familiar.

Which comes with the territory, I guess, at least to an extent. If you’re going to do a documentary on Apollo 11 you can hardly leave out the footage of Neil Armstrong’s first step on the Moon. Ditto for many of the events that made up the ill-fated Apollo 13 mission.

But one can’t help but suspect that there’s a vast amount of footage from this era that we don’t see much of. The following two documentaries seem to support that theory.

It’s safe to say that the best known space missions of all time — whether American or otherwise — are Apollo 11 and Apollo 13.

Apollo 11 for the milestone of first landing humans on the Moon and Apollo 13 for the technical problems that nearly resulted in a trio of astronauts being lost in space. In the latter case, it didn’t hurt that the mission served as the inspiration for a blockbuster movie. 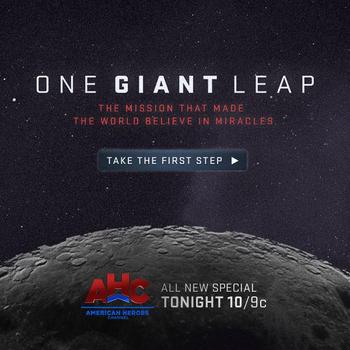 Depending on how you define the term “voyage” the name of this particular documentary might not be totally accurate. Unmanned lunar probes were headed for the Moon as early as 1959.

But semantics and nitpicking aside, Apollo 8, which flew in December, 1968, was a key mission that helped pave the way for the first Moon landing. While Earthrise is only an hour–long documentary — that was apparently made for PBS — the fact that it focuses on only one mission means that it contains a lot of footage that might have been skipped over otherwise.

With the media landscape becoming ever more specialized we now have cable channels that are very narrowly focused, including one devoted primarily to the military and military history — the American Heroes Channel (AHC). While the historic Apollo 11 mission doesn’t quite qualify as a military mission, it’s apparently close enough that AHC put together this hour-long documentary.

Astronauts and others involved in the Space Race often remark on how insulated they were from the cultural changes and social upheaval that was taking place throughout the Sixties at the same time they were so focused on getting to the Moon.

While most space documentaries at least make mention of this, One Giant Leap makes it the focus of the production, taking a closer look at what else was going on in the country and world at the time Apollo 11 was being put together.

William I. Lengeman III’s last article for us was Cloud Sculptors, Dragon Riders, and an Unearthly Craps Game: Nebula Award Stories 3, edited by Roger Zelazny. He holds forth at www.wileng3.com