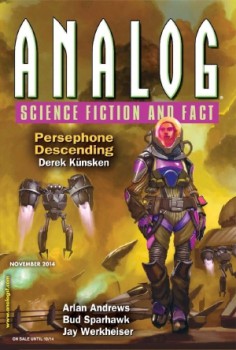 In five days, on Thursday, June 25th, I’m very happy to be making a life transition. I’m taking a 2-year leave from my job to spend more time with my son. And while he’s in school, I’m going to write. I know more than a few people who have become full-time writers. For some it has worked. So I did a lot of thinking about how to make this work for me, and also why now is the right time.

I turned 44 a few months ago. My son is 10 years old now. He loves being with me and vice versa. That may not be the case in a few years, so I’ve now got the next three summers to skip rocks with him, go camping yard-saling, bike-riding, tree climbing, fort-building ad exhaustium. During the school year, I’ll pick him up every day after school to go sledding or swimming or play MTG or video games or do homework or go to museums or science centers whatever is right. That’s a good plan for where I am in life.

And there’s the writing. I’ve been dreaming of being a writer since I was ten. When I was twenty-five, I dreamed of being a best-selling author by the time I was twenty-eight. Since that super-realistic dream, I’ve mused about different ways to write full-time, including retiring early. But really my choice is doing this while I’m young or doing this much later.

My Skill as a Writer 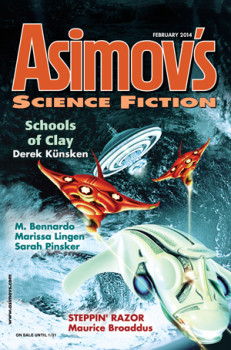 I’m in a good place with my writing. Granted, I’ve only sold short fiction so far, but everything I’ve written since 2011 has sold to someplace nice, usually to the top markets. Those markets have let me know they’d like more of my work, and I’m getting invited to some anthologies as well. There are some markets I’d still like to break into, but right now I have a home for much of my short fiction output.

People are also responding well to my work. I picked up an Asimov’s Readers’ Award a couple of years ago, and have appeared in three year’s best anthologies in the last two years. And foreign editors have been offering me translation sales. Those things are all extra sources of cashola.

As well, I think I’ve got the right work habits pretty well down. The prospect of averaging 2,000 polished words per day doesn’t worry me. And one of the big creative drivers is that my head feels constantly stuffed with ideas I don’t have time to write down.

The question of novels and short stories ought to comes up now. I’ve only sold short fiction so far, and even blogged about the economics of it last year. Short fiction is not that lucrative.

The good news is I’ve actually written and edited novels. Six of them. The last three are ready for the big time, but I’ve been waiting to feel as confident in my novel-writing as I do in my short fiction. Some people are a bit baffled that I haven’t submitted these yet, but I see people, know people, who get novel deals and then have their careers stall because the first novel didn’t sell well. 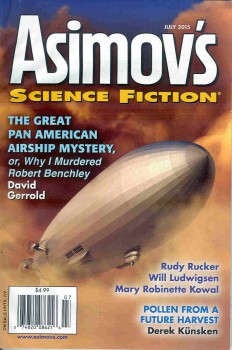 I want to make sure that I’m leading with my absolute best shot, with the goal of making a novel career that endures as long as I want to write. I’ve gotten to that point with the novel I’m finishing now, and I’ve got more where that came from. So, I think that with my track record, I can approach agents and editors with the right kind of confidence. Stay tuned.

It seems like I’ve spent the last eight years getting ready for this. I have a good job and I’m contributing to a pension on every paycheque. I’ve been making extra payments on my mortgage and recently re-amortized it so that over the next two years, my payments on the balance are quite low. I’ve also been socking away additional savings, to the point that even if I don’t sell any writing, I can live for 2 years. Frugally, of course. I can’t get addicted to Fabergé Eggs or anything, but so far, my major expense seems to be eating out, so I’ll cook more.

It’s a little scary, but I’ve thought this out well and if none of this works creatively, I can still work two years extra on my regular job and will have spent a whole lot of extra time with my son. He’s beside himself with excitement at the idea of having a lot more time with me (obviously I feel the same way). And creatively, I’m already planning all I’m going to write when he goes back to school after labour day. And in the meantime, in the bits of free time over the summer, I’ve got a space opera novel to finish and polish and then submit to agents.

Derek Künsken writes in Gatineau, Québec, Canada and tweets from @derekkunsken. His Analog Magazine story “Persephone Descending,” a survival tale set in the clouds of Venus, is in book stores now in Baen’s Year’s Best Military SF and Space Opera. He was interviewed about it at here.

I think that is a brave and noble choice Derek. I wish I had been as brave. In my life I took the path of security and stayed in the military for 24 years. On one my last 18 year stretch I spent 11 of them deployed and away from home. I never saw my old kids learn to walk. I never heard their first words. My wife lived like a single mom for a lot of that. My pay was steady but we spent at least 13 of those under the poverty belt. When I got home I was always a stranger. My oldest kids deferred to their mother on all sorts of matters as I had not been there to influence them. The military was perhaps the greatest mistake of my life. In the end of days I never met a guy who wished to have one last day at work. I’ve seen the wreckage of others who place career over family—both women and men.

Luckily I was around my youngest son for his growing years. It made all the difference for him. Some might think that a father is not needed for a kids development and they are wrong. It makes all the difference. You are making the right choice. It will pay off in the long run.

As for writing I have aspired to be a writer since I was ten as well. Instead of honing my skills I gave up on them, then I started up, then I gave up again. I have several stories but I’m too much of a coward to try to publish them. It is silly because I’ve seen in my own life that failure is a great teacher and good writing can be trained if your willing to do the work. At least that is my impression. So I have high respect for those that do what I can’t muster enough courage and work to do.

I read hundreds of sf stories from last year. “Persephone Descending” and “Schools of Clay” were two of the very best stories of the year. I’m delighted to hear this news and wish you all the best in your time writing and especially in your time with your son. Your name was new to me last year. Now, I consider myself a Kunsken fan and am looking forward to your success as a novelist! Peace to you and yours. -John

Good for you Derek. Remember that you can eat out, and write, at our place any time.

Hey WildApe, Trawlerman and Violette! Thank you so much for your kind words. Bonding is fully underway 🙂