In thinking about the recent unpleasantness (regarding the Hugo ballot, I mean), it occurred to me that one source of the issues with the Hugos right now has nothing much to do with slates or bloc voting or Sad Puppies or Social Justice Warriors or even taste (that much). It is simply this: there are a lot more SF stories published now than there were in the past. That makes it really hard for any reader to even come close to reading them all – something that was quite possible, I am told, back in the 1960s. I can testify: I used to try very hard to read every SF story that came my way, and there were years I read over 2000 stories. And every year I missed hundreds, at least, and some of those very good.

In a way this is one function of ballots and shortlists (and, indeed, recommendation lists): to try to condense the mass of stories published each year to a manageable set of the “the best.” My Best of the Year anthology every year serves that function (secondarily – the main function is to give readers a great book to read). So does, for instance, the Locus Recommended Reading list. But even there, note that our lists are by no means inclusive. Indeed, I signal that (as do other Best of the Year editors like Gardner Dozois and Ellen Datlow) by including a long list or recommended stories in addition to those in my book. And the Locus list is painstakingly cut from a much longer list of recommendations by all the contributors – a list that highlights the problem I cite, as all of us realize that our fellow recommenders have seen outstanding stories we have missed.

Though, I ask myself, why do I use the word “problem?” Surely it is a feature, not a bug, that there are so many stories published each year that are worthy of our attention? Indeed it is, but a result of that, I feel, is that if we want the Hugos to represent the very best stories of the year, we are failing, in the sense that it’s easier than before for a great story to slip under the radar.

The problem is exacerbated by the fact that for a story to reach the final ballot it must receive 5% of the nominating ballots. That requirement is obsolete in a situation where so many more stories are plausible contenders. (Three times in the past five years the Hugo Short Story ballot has had fewer than 5 entries due to this rule, and in 2013 there were only three stories on the final ballot.) 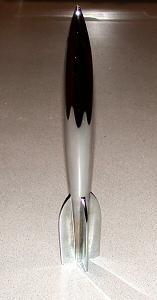 Is there a way to solve this? I have a very simple suggestion. Change the rules as follows: instead of choosing the top 5 nominated stories for the final ballot, choose the top 10. (However, any individual nominator would still only be allowed to nominate 5 items in a category.) Also, lower the percentage threshold of total nominating ballots to be eligible for the final ballot to 3% (or, possibly, eliminate the lower threshold altogether). I’m not sure this change is needed in all categories – in some categories (Dramatic Presentation, Long Form, for one example) it’s been my impression that getting to 10 reasonable nominees in a given year might be a stretch.

(I should add that when I first mooted this notion in a Facebook post, I added that it was so simple I was sure someone else must have suggested it – and it turns out that similar suggestions have been made. Chris Gerrib, for example, has suggested reducing the number of nominating votes per person to 4, but increasing the shortlist to 6.)

The best thing this change does, in my opinion, is increase the breadth and diversity of the short list. It gives those readers who just haven’t had a chance to see some of the great stories out there another list to look at. Some have complained that there are already too many stories to read before voting – I say, that’s fine, read what you can. A short list like this will certainly increase the breadth of the voters’ reading, but it won’t mean everyone reads everything, and that’s OK.

I’ve included the top ten nominated stories in all the fiction categories from 2011 through 2014 (see below). As I look at the presumptive additional nominees each year, I have to say I’m excited. A lot of stories I think are very deserving show up, in almost all cases improving the ballot significantly.

I’ll mention just a few stories that were favorites of mine that just missed the cut and would have made it under my proposal: 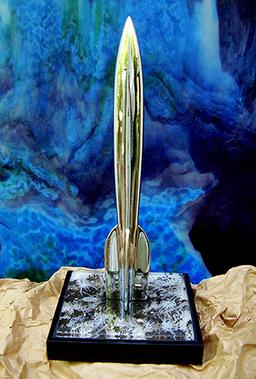 For that matter, in my opinion the Hugo Short Story ballot last year would have been better had it comprised the next six stories instead of the actual short list. And the beneficiaries include Sad Puppy-approved writers as well. (There’s something a bit naughtily delicious to note that the two novels that just missed a nomination in 2013 were by Larry Correia and N. K. Jemisin.)

One objection raised to this proposal when I briefly bruited it on Facebook was that perhaps when we got down to 10th place there would be so much “clustering” that there might be too many ties, leading to extra long ballots. As the four years I’ve displayed show, that doesn’t seem to be the case (at least in the fiction categories). Every single year, in every fiction category, the nominations had an clean break right at 10. Of course that wouldn’t always happen, and there might end up being an 11 or 12 deep ballot every so often, but I don’t see that as a big deal. It will lead to more crowded Hugo Losers parties, however!

I’ve emphasized that this proposed change solves a problem entirely different than the problem of “slates” dominating a final ballot. And, indeed, I don’t think we should be making changes just to chase the problem of the moment. Even more importantly, as someone noted (Scalzi? Martin? My apologies that I can’t remember who), some of the changes others have proposed explicitly to prevent “slate” voting seem to be reacting to false accusations that the ballot was “fixed” in previous years by saying, “OK, now we’ll really fix it!”

This change doesn’t do that at all. But it does, as a side effect, make it significantly harder for a single bloc, no matter which “side” they might be on, to completely control a given short list. (Not impossible, I’m sure, but much harder, and any such attempt would be even more obvious than those we’ve seen so far.)

Rich Horton’s last retro-review for us was the April 1961 issue of Galaxy. See all of Rich’s retro-reviews here.

I think trilogies and series should be their own category too. It would allow more room in the novel section.

Some of your suggestions would work. The major source of contention is that nominees can be eliminated from the final because you get five votes for five slots. If you increase the number of slots there would be more competition in the final. At least in the end, as you point out, there would be more choice and more voice.

Inasmuch as the Hugo nominee list serves as a recommendation list (and what other purpose could the Hugo’s serve from a reader’s perspective? I couldn’t care less who wins, but greatly enjoy looking over lists of books others think are good/interesting) I think this is a great suggestion. Let’s do it!

I’m not sure if I’d want to see the novel list bumped up to 10, but it does make a lot of sense for short fiction; ditto either junking or otherwise modifying the 5% rule.

Having said that, I’m also interested in some of the weighted-voting modifications that are under discussion that would mitigate the effects of slate voting — they’d probably be able to get one or two items into a category, which does strike me as fair, but they wouldn’t be able to lock up entire categories the way they did this year.