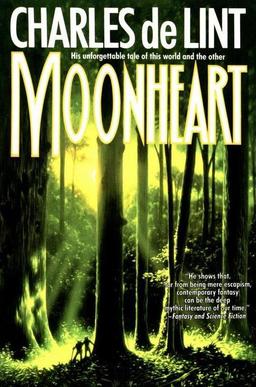 This week I participated in a Mild Meld over on SFSignal on the theme of portal fantasies. I’m not the only person who did, and you can see the whole post here, but, as is so often the case when you’re asked to consider an intriguing idea, I’m still thinking about it. Warning: For the sake of clarity I repeat some of my SFSignal observations, but I don’t overlap much.

Working on that post, and thinking about classic portal fantasies such as the The Wizard of Oz or the The Chronicles of Narnia, or the more recent Chronicles of Thomas Covenant (though even they aren’t particularly “recent,” are they?) got me wondering about the evolution of the portal fantasy over the last 35 years.

Let me review the classic version: Human beings from our world find an entrance to a secondary world where magic works, the supernatural exists, etc., and adventures are undertaken. Often there’s a kind “quest” element involved as well, in that the protagonists have to complete a task in order to be able to return to our world. These are often called “primary world fantasies” even though most or all of the action takes place in the other world.

Again, in the classic version of the portal fantasy, the reader is riding the shoulder of the protagonist, seeing and learning everything about the new world at the same time the protagonist does. CS Lewis even introduced new protagonists, so that he could keep explaining things in later books without seeming repetitious. Of course we all recognize this as a use of the stranger-in-a-strange-land trope (SISL), which is invariably interdependent with the portal trope.

Using the human as the stranger is a real boon to the fantasy writer, as all potentially tedious explanations and info-dumping can be converted into exciting learning experiences for the protagonist. Also, the new world can be explained and described in terms of our world, which, paradoxically enough, makes it both more and less alien.

To my way of thinking, the modern version of the portal fantasy started with Charles de Lint’s Moonheart (1984). De Lint is often called the father of the contemporary or urban fantasy, and in Moonheart, set in contemporary Ottawa, we see the introduction of many of the elements we now consider tropes of that particular sub-genre. One of these tropes was that, for virtually the first time, the portal worked both ways. True, the witch appeared in London in The Magician’s Nephew, and Caspian helped Jill and Eustace thrash the school bullies in The Silver Chair, and there are likely other examples, but as a general rule, classic portals are one-way. In Moonheart, supernatural, non-human beings from a secondary world are in the habit of coming to our world and living here – which, when you think about it, is the very essence of contemporary/urban fantasy. For the first time, we were presented with supernatural characters who were going about their lives in the same world we were using to go about ours. 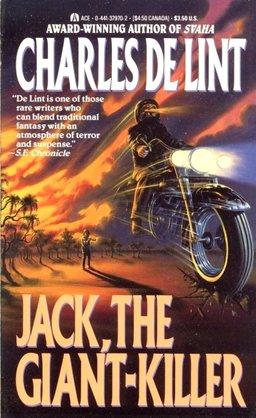 This introduces a new take on the SISL, in which it’s the primary world that needs to be understood by the visitors from the secondary world, allowing the human protagonists (and readers) to see their own world through new eyes.

To my mind a more significant element in the evolution of the portal fantasy, however, is the new importance of the portal user’s mental state. In The Lion, The Witch, and The Wardrobe, for example, the portal didn’t always work, but the implication was that the opening was controlled by the magic, and not by the emotional or mental condition of the person wishing to use it. In later books it’s even explained that it’s not your wanting to get into Narnia that opens the portal, it’s Narnia’s wanting you to get there.

Of course, in an urban fantasy where the supernatural elements are already “here” things get more complicated, both for the writer and the reader. In de Lint’s Jack the Giant Killer the “portal” is a hat (belonging to a supernatural being) that enables Jacky Rowan to see the supernatural creatures living in her Ottawa neighbourhood, even when she’s sober. Once seen, they can’t be unseen, and the “portal ” opens into a new aspect of the world Jacky’s been living in all along.

Aside: theorists might posit that this transition indicates readers no longer see the “other” as something separate from our world, but as part of it, reflecting both an unconscious awareness (there’s an oxymoron for you) of our own lack of understanding of our world, and a need to engage, understand and control it. But I digress.

In any case, I think we’re seeing an evolution in the genre of portal fantasies since the 1980’s, from the “other world” norm to the “urban fantasy” norm, as more and more of the story takes place in the primary world.

Another thing the SFSignal Mind Meld did for me is remind me of portal fantasies I hadn’t thought of in years (Julian May’s The Saga of Pleistocene Exile) and novels I hadn’t really thought of as portal fantasies (Zelazny’s Amber Series, or Philip Pullmans His Dark Materials). Of course they also reminded me of one no one else mentioned, Stephen King’s and Peter Straub’s The Talisman. And it made me wonder: are Burroughs’ John Carter of Mars books portal fantasies? Andre Norton’s Witch World books certainly are.

Violette Malan is the author of the Dhulyn and Parno series of sword and sorcery adventures (now available in omnibus editions), as well as the Mirror Lands series of primary world fantasies. As VM Escalada, she is writing the upcoming Halls of Law series. Visit her website: www.violettemalan.com or follow her on twitter @violettemalan

I was thinking of His Dark Materials as a “portal fantasy,” but I guess it could also be considered

Wheels within wheels. I was thinking many-worlds hypothesis myself, which is why portal fantasy never occurred to me. I wonder how many details from our own world need to be included in a work for it to be considered either contemporary fantasy, or alternate world SF.