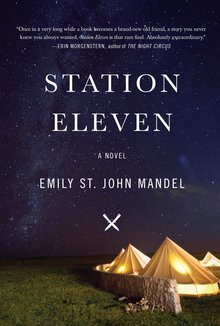 Are there many of you out there who are members of books clubs? I have other questions, but my first is: Why?

I know why I joined one, and, frankly, I’m trying to compare my own experiences to those of others, see if I can find some common ground. Answer some questions that have popped up over the last few months. Like, do men join book clubs? Do all clubs read the same kinds of books?

But I’m getting ahead of myself. Let me start with why I joined a book club in the first place. In a way, it’s because I both read too much, and not enough. As a fantasy writer, my percentages probably break down something like this: 40% fantasy; 20% SF; 20% crime and mystery; 20% research and related materials (such as posts in Black Gate magazine).

That’s probably not entirely accurate, but it’s close enough to have made me feel that my reading was getting narrower than it has been in the past; maybe I was getting a little too comfortable and stuck in my ways, maybe I needed to shake things up. I think I was looking for the type of experience that’s often found in university and college, where there’s so much required reading, and so much that’s possibly outside of the student’s comfort zone.

Keeping in mind that outside of one’s comfort zone is a place writers often need to be.

And for me, “outside of my comfort zone” basically means non-genre books. I used to have to read a lot of them for university –  mostly 300 year old stuff, but still. I haven’t done much non-genre reading in a long while, and I thought perhaps I’d give it a try. So I joined a book club attended by a friend of mine, another PhD, though hers is in epidemiology, and for the most part I’ve been having a good time. 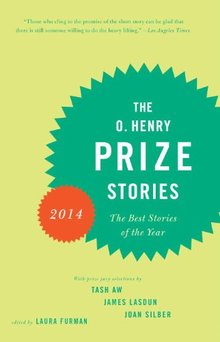 The  social element didn’t surprise me, after all, 80% of university is social element. It’s interesting to hear other people’s takes on things that they may or may not have “liked,” and it’s stimulating to have to explain or defend your own views when you’re challenged.

On the whole I’ve enjoyed the books so far, but there were three particular disappointments. All three were books chosen by the club on my suggestion, after I had read reviews about them, so I’m not stepping on anyone’s toes here – though perhaps I’m wondering whether I’m all that good at judging a book based only on reviews.

The first is Station Eleven, by Emily St John Mandel. After reading the reviews I chose the book because it was a post-apocalyptic novel (and so not too far outside my wheelhouse) that wasn’t a dystopia, and ended on a hopeful note. That’s so often not the case nowadays that I was intrigued. Unfortunately the reviews were so positive that I was expecting a heart breaking work of staggering genius (say, like Gene Wolfe), and what I got was only a well-written book. There’s some innovation (absolutely no one’s to blame for the catastrophe, for example), but from the perspective of a regular genre reader, there’s also a lot of very, perhaps overly, familiar stuff.

O Henry Prize Short Stories, I thought. What could go wrong, I thought? That was before I knew that all the “winners” are chosen by the same person. So this isn’t really a contest, where the prizes are awarded by a jury of judges, it’s just a reprint anthology selected by one editor. So all the stories are playing the same note, if you see what I mean. And surprisingly, considering the editor is a woman, they’re filled with stories of passive and victimized females. Which, I sadly suppose, might also classify as overly familiar stuff. 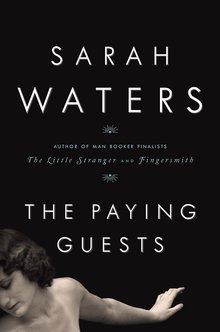 The last one I’m going to mention is The Paying Guests by Sarah Waters. I was intrigued by the time period of the setting, post WWI. I’m familiar with that era through books written at the time (Agatha Christie, Dorothy L. Sayers, Marjorie Allingham), and I’m pleased that the early part of the 20th century is now long enough ago to be considered “historical” – it was not always so.

What was wrong with this one? You don’t expect to be saying to yourself “Oh my god we get it, move on” when reading a book by someone who’s been nominated so many times for the Mann Booker prize, that’s what.

I think I have to conclude that I I wasn’t disappointed by the level of writing, but by the level of storytelling. After all, I don’t read things that are badly written no matter what genre they’re in – and no matter which of my friends may have written them.

So, are any of you members of book clubs? If so, what do you read? Are there Fantasy and SF book clubs?

Or are cons our community’s cultural equivalent of the phenomenon? I’d really like to know.

I started a book club for sf/f/h at my day job, largely as I like reading and talking about books to people IRL, and I can’t go to conventions every weekend.

I was hoping to pick up new authors this way, but mostly the club reads what I pick, and I always pick items that I’m fairly conversant with (I tend to pick items that are rereads for me, rather than new books.)

I was in a book club for a few years. A coworker invited me because they had selected Hitchhiker’s Guide to the Galaxy and she knew that I read SF. Most everyone else either hated it or didn’t get it. We kept things going for a couple of years; long enough for me to decide that I really don’t like Oprah books (Lovely Bones, e.g.; although the Steve Martin novels we read were tolerable), and for them to decide that they didn’t really like being pushed out of their comfort zone (L.A. Confidential, e.g.). Most meetings were more about noshing appetizers and drinking wine, so it eventually converted into a go-out-for-dinner club until it eventually just kind of petered out.

These days most of my book clubbing is on Goodreads; but even then I don’t necessarily do the monthly picks for the groups I’m in (Sword & Laser, Fantasy Book Club and Sword & Sorcery — come join us!) unless the picks happen to pique my interest.

@ akomins: there aren’t enough sh/f/h readers in my area to start such a club, so I’m afraid of the same thing happening to me that you describe. I’d be doing a lot of re-reading. Nothing wrong with that if your goal is critical analysis, but it’s hard to get people who can both read what you want to read and are capable of critical analysis.

@ Joe H: I may take you up on that invite, though my problem isn’t really finding more sf/f/h books to read. I think what I’m missing is the critical give-and-take that flourishes in a live group encounter, where ideas spark off what other people say. When it happens at panels at a con, for example, I always feel invigorated and recharged by the exchange.

Otherwise, my book club experience is resembling very much what you describe in re the Oprah books. It may turn out that I’m reading in my chosen fields for a reason.

In 2000 my wife and I started a campus-community book group that met regularly for eleven years. I suspended the group because my university added to my job obligations. Otherwise we’d have kept going. We read classic works: the complete Divine Comedy, several novels each by Dostoevsky, Tolstoy, Dickens, and lots more. It was a very good experience. We live in a small town in rural North Dakota, and people with preconceived ideas about such locales might not have guessed that such activities could thrive here!

Well, Sword & Laser is just wrapping The Goblin Emperor by Katherine Addison and starting Wyrd Sisters by Terry Pratchett. Monthly picks usually alternate between fantasy and SF, but kind of got off-cycle because of scheduling issues & Terry Pratchett’s passing. Picks are sometimes based on a poll, and sometimes dictatorial picks by Tom & Veronica.

Fantasy Book Club does monthly polls. This month’s books were Eye of the World by Robert Jordan and Magician by Raymond Feist; next month’s will be The Dying Earth by Jack Vance (that one I _will_ reread!) and Sword of Shannara by Terry Brooks.

Sword & Sorcery: “An earthier sort of fantasy” does two bimonthly themes at a time — usually more a type of book (anthologies or historical settings, for example) than something specific; for March & April the theme was Orcs vs. Goblins.

And having said _that_ I think the percentage of people who participate in the group reads is relatively small, but there are always plenty of lively discussions going on elsewhere in the groups’ forums. So maybe not so much a book club as a gathering of like-minded readers.