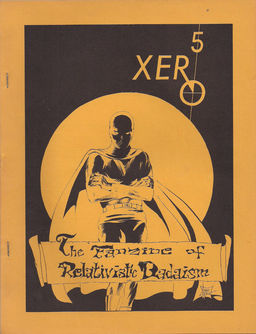 Campbell is an egomaniac. Mills of F&SF is a journeyman incompetent. Cele Goldsmith is a third-grade teacher and I think she wonders what in the world she’s doing at Amazing. (Know I do.) As for Pohl, who can tell? Galaxy is still laden with Gold’s inventory, and when Pohl edited Star he had the advantage of no deadline and a better pay rate than anyone else in the field, so it’s difficult to say what Galaxy will be like next year, except Kingsley Amis will probably like it.

In the years since, many have asked how much of Westlake’s famous complaint was true. In retrospect, I think we know. Not a lot.

Campbell was indeed an egomaniac and a science crank fully as credulous as Ray Palmer had ever been. But he still had an eye for a story and when not forcing (or being tricked by) regurgitations of his own editorials, he could still develop new writers and inspire occasional greatness.

The 1960s was a dull period for Analog... but it did serialize Dune, which says quite a lot. I think Campbell was well past his prime by this point, but he still had occasional flashes of what made him so important in the ’40s. 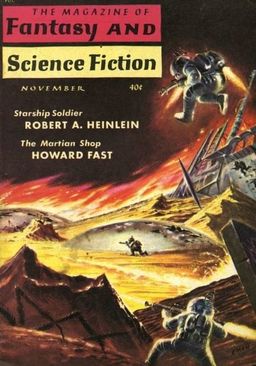 Cele Goldsmith, we know by retrospect, was far more than a bewildered third grade teacher wondering what she was doing at Amazing. She was one of the best editors that magazine and Fantastic ever had, as you can see by looking through her issues.

Among her discoveries were Ursula Le Guin, Thomas Disch, Roger Zelazny, and Keith Laumer. Not a shabby record for anyone. She also provided a home for such unique writers as David Bunch and J.G. Ballard, who otherwise did not get a lot of support from the editors of the period.

The Mills F&SF is hard to distinguish. It did not have the clear personality that some magazines did, but Mills published “Flowers for Algernon” (in April 1959) and Starship Troopers (serialized in two parts as Starship Soldier in 1959) when others refused to, and these were two of the most successful SF stories of the century. That can’t count for nothing.

As we also know, Pohl’s Galaxy was pretty respectable too.

Westlake, I think, was showing quite a bit of sour grapes. His main complaint may have been that he wasn’t becoming as famous as he thought he deserved. He probably thought he should have been recognized as head & shoulders above the usual sci fi hacks, but he wasn’t.

I haven’t read the one story he sold to Campbell. Obviously he was trying to master the art of playing JWC’s foibles like a piano, something that Silverberg and Garrett mastered to a very high degree.

Darrell Schweitzer’s last article for us was When the Cover Blurb is the Kiss of Death.

I adore Westlake’s writing (especially as Richard Stark) but he was not known for generous, even-handed judgements of others. He was once asked his opinion of Ross Macdonald’s work. His reply? “He must have terrific carbon paper.” That’s a pretty churlish statement about the man who wrote The Drowning Pool and The Chill, even if there is an element of truth in it.

My copy of THE BEST OF XERO is buried in the stacks somewhere, but didn’t someone reply that Westlake might do better as a mystery writer. He agreed and switched genres.

I have a collection of Westlake’s science fiction around here somewhere. Probably should dig it out and give it a go.

As Curt Clark, he wrote a novel published as an Ace paperback, “Anarchaos.” Not bad, but I can’t remember much about it. As a mystery writer, he had a good sense of humor.

I read Anarchaos. I quite liked it, as it did something unexpected: it sets itself up as a story about the toughest of tough guys setting himself against a literally lawless planet where life is a war of all against all … then has him get taken down easily the first time he runs into a gang who’ve agreed to work together. It ends up going some very different places than the packaging would lead one to expect.