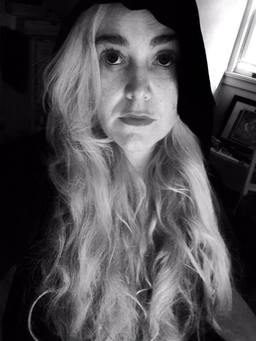 The brand new fantasy magazine Uncanny — which we discussed excitedly last month when its first issue went on sale — has shown uncanny good sense by hiring our very own C.S.E. Cooney as a podcast reader. Here’s a bit cribbed from the press release:

Uncanny Magazine is thrilled to announce that the marvelous C.S.E. Cooney has agreed to join us as the second reader on the Uncanny Magazine Podcast! Ms. Cooney is a Rhode Island writer and actor… She loves to read aloud to anyone who will sit still long enough to listen. Some of her narration work can be found on Podcastle and Tales to Terrify. With her fellow artists in the Banjo Apocalypse Crinoline Troubadours, C. S. E. Cooney appears at conventions and other venues, singing from their growing collection of Distant Star Ballads, dramatizing fiction, and performing such story-poems as “The Sea King’s Second Bride,” for which she won the Rhysling Award in 2011.

Ms. Cooney will make her debut as an Uncanny Magazine Podcast reader in Episode 3 this January.

So much exciting C.S.E. Cooney news! Just last month, we reported on Amal El-Mohtar’s review of her short story “Witch, Beast, Saint,” and our roving reporter Mark Rigney interviewed her in late October. The two C.S.E. Cooney short stories we published here at Black Gate, “Godmother Lizard” and “Life on the Sun,” consistently rank among the most popular pieces we’ve ever published. Her most recent blog post for us was Book Pairings: Queen Victoria’s Book of Spells and Royal Airs, published last Sunday. She is a past website editor of Black Gate, and the author of How to Flirt in Faerieland and Other Wild Rhymes and Jack o’ the Hills.

In other C.S.E. Cooney news, today is her birthday. Happy Birthday, Claire!!

JOHN! You are so dang good to me! THANK YOU!

No less than you deserve, Ms Cooney. I hope you had an earthshaking birthday.