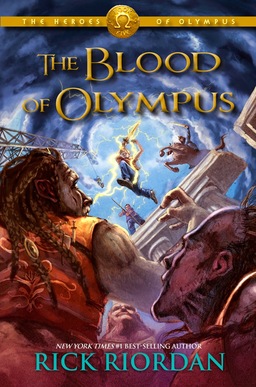 Amazon.com has announced its top-selling books of 2014, and the list includes half a dozen fantasy novels.

This isn’t a truly definitive breakdown of top sellers for the year, since it’s just from one bookseller (as powerful as Amazon may be). Also, 2014 isn’t even over yet, fer cryin’ out loud.

Still, it’s an interesting list, with plenty on it for fantasy fans — including several popular series (The Heroes of Olympus, The Mortal Instruments, and two Outlander books, just to name a few), and a standalone novel from Stephen King. The most surprising thing about the list, however, is that Amazon claims that Jeff Kinney’s Diary of a Wimpy Kid is the only title on the list to sell more copies in print than for the Kindle.

The editorial team at Amazon (Amazon has an editorial team? why?) also announced their list of the Top 10 Books of the year. It overlaps their bestselling list with exactly three titles: All the Light We Cannot See by Anthony Doerr, Big Little Lies by Liane Moriarty, and Stephen King’s Revival. See the complete list here.