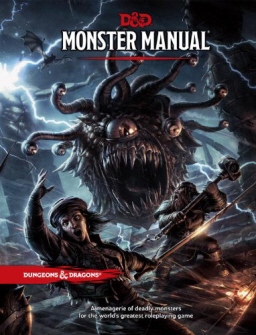 With Wizards of the Coast gearing up to release their latest incarnation of Dungeons and Dragons, it took me back to 1978, when I first encountered the game.

I was eight years old, browsing a hobby shop in Ohio with my family, when I saw this blue box with a picture of a dragon sitting on a pile of gold and jewels on the front cover. A warrior and a wizard were preparing to attack. What was this???

I took a better look and then promptly asked my father to buy it for me. His first reaction was a bit negative, telling my brother (who now wanted the game, too) and me that Dungeons and Dragons was for college students and we wouldn’t understand it. But the more he explained the concept, the more I wanted to play. Finally, he agreed, and we went home with it.

Shortly afterward, we ran our very first D&D session. My brother and I were the players, and Dad was our first dungeon master. I remember I played a fighter named Brandon the Bold, and my brother played a magic-user. (No fancy titles like Wizard or Mage for us!)

Together, we delved into the crumbling catacombs under a sorcerer’s tower, where we encountered goblins, animated skeletons, and a clan of pirates operating out of the ruins. Much evil was conquered and a bit of treasure won, and finally we emerged from the catacombs victorious.

It wasn’t long before I had recruited my friends and was DMing games for them. Over the next few years, I created new worlds, original dungeons, and complete campaign storylines with which to entertain my victims…. er, players. And it’s continued for more than thirty years to today. 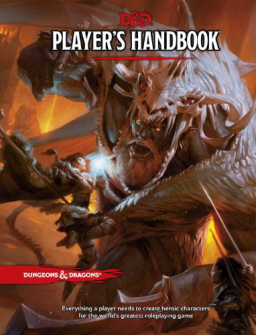 My current campaign has been suspended for about a year as we wait for D&D 5.0. (In the meantime, my group has been playing Star Wars Edge of the Empire, which is pretty cool, too. But I’m starting to jones for plate mail armor.)

The Players Handbook will be the first sourcebook released for D&D 5.0, to be followed soon (I hope) by the Dungeon Master’s Guide and Monster Manual — the holy trinity of rule books. They also have a boxed set which has the basic rules and an introductory adventure, but I usually skip those in favor of the hardcover books.

For this latest incarnation of the game, WotC allowed people to playtest it before release. I jumped at the opportunity, convincing my gaming group to check it out.

I was surprisingly pleased. The last couple versions of D&D, IMO, have had serious flaws. The 3.0/3.5 variety was fun at low levels, but far too easy to min-max, and power-creep became problematic at the mid- to high levels. And 4.0 (sorry) played like a pen-and-paper version of World of Warcraft. Every time we played it, I kept wondering why we didn’t just log onto our WoW accounts instead. So I had low expectations for 5.0, to be honest.

Yet, the 5.0 system is more streamlined than past versions, with group combat taking only a fraction of the time but being no less exciting. The only downside was that the rules were still being tweaked, so they changed from one playtest package to the next.

So here’s what I want in the new D&D, in no particular order: 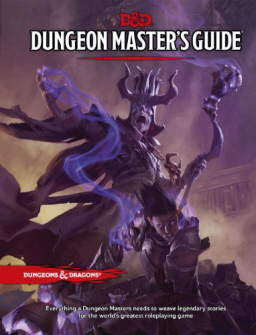 So, that’s my list of “wants” for D&D 5.0. I’m sure there are a lot of gamers out there. Are you interested in the shiny, new version? If so, what are your concerns? Please share them in the comments.

I’d say I’m cautiously optimistic. Mind you, I haven’t played or even read any of the playtest materials, but from the reviews it seems to be heading the right way. I have been listening to RPGMP3’s AP recordings of the Lost Mine of Phandelver, and so far the new version seems to work well enough. The Advantage/Disadvantage system is simple yet effective, although if it does not already I’d probably would extend it to any die rolls if the situation would call for it. And it feels like D&D, in a good way. I always felt that 3.0/3.5 and Pathfinder were needlessly complicated, and 4.0 felt like there was an RPG embedded in a turn-based strategy game and they did not talk to each other.
That said, I would most likely house-rule the system like there’s no tomorrow. I’ve never liked the Clerics as prepared casters, for example, and the rigid initiative order needs to go. I hope that the Fighter keeps up with the casters even at higher levels without resorting to any kind of Wuxia-style silliness, but then again level 10 or so has always been the breaking point for me anyway. I also wish that they would have abolished the silly ‘gygaxian’ nomenclature of arms and especially armour, but I guess that has become too much of an industry standard to consider.

I got my starter set in the mail last week but i haven’t been able to round up my regular gaming friends yet to try it out.

A fast combat system is the only thing i REALLY wanted out of this set. I don’t know if the combat can ever be as fast as i want it with a set initiative order.

But i don’t think i can handle combat that happens all at once like Tunnels and Trolls does it.

You can test drive the basic rules for free right now, in case anyone wasn’t aware. Wizards’ site has them as a downloadable PDF that includes four basic races, four basic classes, and rules for playing up to 20th level. The Starter Set doesn’t include rules for character creation, which are very integral to the overall system. I highly reccomend downloading and reading these rules. Roll up a few characters, and play around with it. It is very much streamlined, and feels about as complex as the3 B/X era of games, but with better rules. A month and a half ago I was indifferent to 5e, but now I can’t wait for the core books to be released. (Btw, I believe the DMG is being released last, after the MM)

I’ve been impressed with the subtle changes in the spell casting system. They have actually out “Vancian’ed” the old Vancian magic system while simultaneously making spell casting for Wizards more flexible. It’s quite a feat.

TDoolan really captures my feelings about the game. It’s like the best of the B/X era games combined with all the best of what came after.