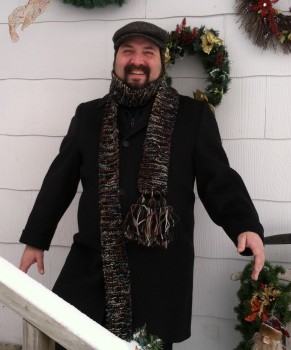 My wife and I just bought a house, so for the next couple weeks we will be moving and unpacking. Hopefully, it’s a haunted house! (But if it is, please let it be only in a benevolent way — not one of those houses where the haunt tries to turn the husband into an ax murderer or anything, or goes sucking the children into television sets. I just don’t have time for that.) The Weird of Oz — yours truly — will be taking a brief hiatus, returning with a new column on July 14.

In the meantime, I thought I’d tell you — here in my 70th post for BLACK GATE — what a pleasure it is to be a part of this team and to share, discuss, and debate with this fantastic (in all senses of the word) community. With the phenomenal growth of BG’s visitors, it is also gratifying to know that so many readers are seeing one’s output! I will continue to do my best to inform and entertain.

As for what I have in the works for future posts, I’ll be resuming my blogging of the ‘80s DC comic book Arak at some point, I promise. But there will also be book and film reviews in the mix, as well as new installments of “Collector the Barbarian”, highlighting vintage toys from our childhood that I’ve been hunting down — toys and games of the fantasy, sci-fi, and horror variety that have become collectible.

Finally, here’s a little peek into the column-writing process: these are a few “leads” I’ve typed up for potential posts, with commentary from the internal editor included…

A ton of ink has been spilled here at Black Gate [Not one ounce of ink has been spilled; Black Gate is completely digital. — Oz] about how great Shirley Jackson’s novel The Haunting and the first and second film adaptations are. [The second adaptation of The Haunting (1999) is one of the worst horror films ever made. — Oz] I am here going to try — once and for all — to summarize why the book is a classic of the first order, why the Robert Wise adaptation is one of the greatest horror films, and why the second adaptation should be purged into a Death Star trash compactor chute and digested in the belly of a Dianoga. [Residual metaphors from a recent column? You can do better than that. — Oz]

Have you gotten Star Wars fever yet? Are you gearing up to camp out for a week in line? Do you have your Hoth-rebel-riding-a-tauntaun costume or your Slave Leia costume ready? I do — my slave Leia costume’s all oiled and ready to go. [Nick Ozment has never stood in line for more than an hour to see a movie, and he does not own a Slave Leia costume. — Oz]

There were scientists who, after a guillotine execution, would try to hook up the head to mechanical apparatus in order to see how long they could keep the head alive. You know…the technology probably exists today to make that possible, but the guillotine is no longer in use. Or is it? [Where the hell is this going? — Oz]

Hey, if I don’t see y’all before then, have a great 4th of July!

Congrats on the new home, Nick! More room for books??

Thanks! Hopefully, at the very least, more room to put up shelving for the loads of books I have packed away in boxes…