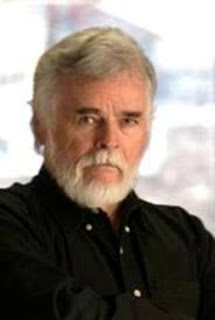 Barrett first published story was “To Tell the Truth” in the August 1960 issue of Galaxy Magazine. He made a name for himself with his quirky, hard-to-classify short fiction, including the Theodore Sturgeon Memorial Award finalist “Stairs” (Asimov’s SF, September 1988), and the Hugo and Nebula Award nominee “Ginny Sweethips’ Flying Circus” (Asimov’s SF, February 1988). His short work has been gathered in half a dozen collections, including Slightly Off Center (1992), Perpetuity Blues and Other Stories (2000), a nominee for the World Fantasy Award, and Other Seasons: The Best of Neal Barrett, Jr. (2013). He continued writing short fiction right up to his death, with his “HERE and THERE” appearing in the Spring 2012 issue of Subterranean Magazine, and “Bloaters” in Impossible Monsters, an anthology released by Subterranean Press in July 2013

Barrett’s first novel was Stress Pattern, published by DAW in 1974. DAW published all four volumes of his Aldair series between 1976 and 1982, and his 1984 science fantasy The Karma Corps, which we covered in a Vintage Treasures piece just a few short months ago. His later books included Through Darkest America (1987), Pink Vodka Blues (1992), Dead Dog Blues (1994), Prince Of Christler-Coke (2004), and Finn, the Lizard Master series from Bantam (The Prophecy Machine, 2000, and The Treachery of Kings, 2001).

We discussed Neal Barrett’s Aldair novels — which Fletcher Vredenburgh called “a blast of strangeness and adventure. Really, [Barrett is] an author without enough attention from the average reader” — in the Comments Section of my September 10th Vintage Treasures post.

Neal Barrett was born in San Antonio, Texas, and grew up in Oklahoma City. He was named Author Emeritus by the Science Fiction and Fantasy Writers of America in 2010. He died January 12, 2014, at the age of 84.

I really hate to hear this. I never knew him well, and I’m sure he wouldn’t remember me, but I had the privilege of meeting Neal at a number of conventions. He was always open and friendly and willing to sign a book or story.

I envy your meetings with him. I never crossed paths with Neal. His novel THE HEREAFTER GANG caused a lot of discussions among my Ottawa reading group in the early 90s, and I dashed out to buy a copy, but I never had the chance to read it.

[…] late Neal Barrett Jr. wrote around thirty novels and seventy short stories. I’ve only read a little bit from his […]