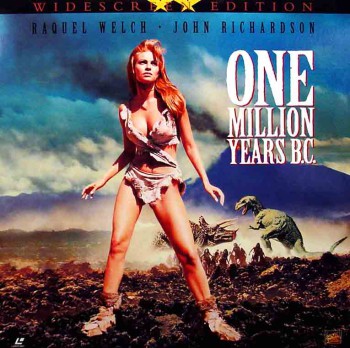 After about ten months of uninterrupted weekly posts, I’m taking a bit of a breather this week. Today, instead of new content, I’ll take inventory and look ahead to what I hope to deliver Black Gate readers in 2014. Perhaps I can couch it in a “New Year’s Resolutions” list — most of us allow for a bit of leeway on those overly optimistic proclamations, anyway…

1. Lose about twenty pounds, preferably at a blackjack table in Derbyshire.

2. Cut back on tobacco consumption, especially my wife’s.

3. Drink more alcohol. (It fell way off in 2013. Obviously I need to get to more conventions.)

And blah blah blah. Okay, let’s get to the stuff that someone else reading this might actually be curious about… 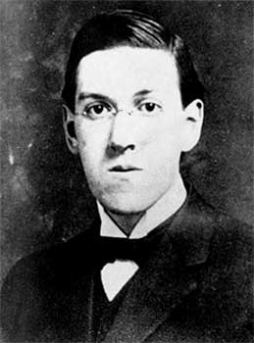 4. One of the most popular posts I did this year was the first installment of “So You’re a Horror Fan and You’ve Never Read [fill in the blank]?” Its wide dissemination undoubtedly had more to do with whom I chose to spotlight first (H.P. Lovecraft); nonetheless, it certainly adds motivation to continue the series. Several people have asked me who I was thinking of when I referenced the three or four most important American writers of horror fiction. I mean, Lovecraft’s a given. Poe? (That’s another gimme.) But beyond that: Shirley Jackson? Stephen King? Henry James (American born, although he is generally regarded as a British writer — can we even count him?)? Hawthorne? Or, going way back, Washington Irving? Well, you’ll just have to tune in and see. 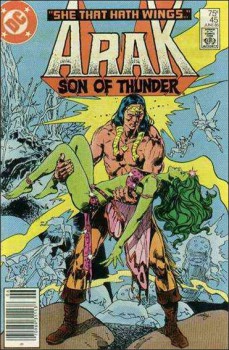 5. Continue blogging the 1980s DC comic Arak, Son of Thunder. I’ve done the first twelve issues. Add an introduction and an Arak-inspired “topic spotlight” interlude, and that’s 14 posts in 2013 devoted to this relatively obscure comic (nearly a third of my output!). Those posts often crack the top 20 in the top-articles-of-the-month tallies, so I know someone’s reading them. (And a special shout-out to Ilene Kaye, who has been a thoughtful and vocal reader of the Arak blog throughout its run — I hope you stick with me to issue 50!) I’m still enjoying this trip down memory lane, and I have every intention of completing the 50-issue run, but as John O’Neill forewarned me at the outset, I’d probably find it intolerably confining to devote nearly a year’s worth of posts just to this one comic. So for 2014, I may start doubling up on issues, in order to get through them a bit faster. I will continue to alternate them with posts on other topics. 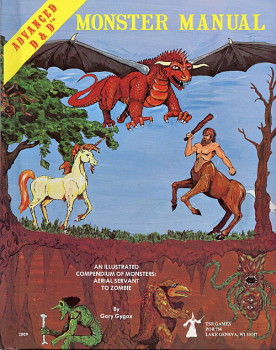 7. When I came on board about a year ago, I ran a similar list of ideas for future columns. I think I did get to most of them, although there is one special project that is still simmering. That was the hinted-at exploration of where certain iconic Dungeons and Dragons monsters originated — specifically, ones Gary Gygax introduced that seem to have little or no precedent in myth and literature, as most of the other monsters do. Indeed, that is a backburner project that I have regularly stirred some more, added more ingredients to, for the past three or four years.

Doing my journalistic detective work, I’ve learned that it is not so obscure as I’d thought — among D&D historians, it’s fairly common knowledge (turns out Gygax himself is on record about it in an interview) — so I no longer feel as much pressure to “get it out there” as new information. Nevertheless, I think the details — and my own independent connecting of the dots — will make an interesting read.

Now for one or two that I’m on the fence about. This is where feedback and suggestions from readers will be especially appreciated…

8. In the service of #7 above, I took to occasionally haunting eBay, bidding on — and in a few cases winning — certain vintage toys. My rationale was: “Hey, it’s research.” But, man, it opened the floodgates. And so now I find myself a part-time collector of and dealer in vintage toys, reclaiming rubber “jigglers” and plastic action figures to treasure that I once treated like I was some destructive eight-year-old because, well, the last time I owned them I was a destructive eight-year-old. (Also, now my wife scowls at me and mumbles threats about “if one more box full of little plastic things comes through that door…”)

Turns out some of these things are now pretty valuable, mainly because kids like me left very few of them with all their digits (or wings, or tails, or antenna, or tentacles) intact. Thus they fit the two-fold collecting criteria: 1) They’re fairly rare. 2) There is a demand (from forty-somethings like me nostalgically trying to recover a piece of their childhood). In some cases, I’ve bought and “flipped” such toys for forty to fifty times what I paid for them. (For full disclosure, the ones that we’ve made the most profit on are a pack of rare Miller dinosaurs my wife bought. Good score, my Dear! [I’ve got to cover all the bases here — you don’t want to mess with the doghouse when it’s twenty below outside.]) Seriously, the next fantasy convention I attend, I just might book a dealer’s table.

So I’m thinking of introducing a new strand into the tapestry of this blog: occasional spotlights on vintage fantasy and science-fiction toys. After all, it was through these artifacts of pop culture that most of us were first introduced to other worlds, before we could even read. It was with these props that we wove our first tales, performing them for an audience of one, the toys providing our cast, our back yard or playroom providing the stage. Some of us found that storytelling was in our blood, and just kept telling those stories.

If you’ve ever seen the TV series based on Bradbury stories, The Ray Bradbury Theater (1985-1992), remember the opening credits, when the camera sweeps through Bradbury’s own personal office? Monster models, dinosaurs, and space-age toys galore are profusely scattered among the other odd knick-knacks and bric-a-brac. That’s actually what my office looks like, albeit on a much smaller scale, and with the toys predominately dating from the ‘70s rather than the ‘40s and ‘50s.

Let me know if others would have as good a time as I would revisiting the strange, oily rubber monsters that came out of vending machines; the bizarre off-brand action figures that never caught on like He-Man did; the two-foot-tall Godzilla that launched its fists at you; and so on. 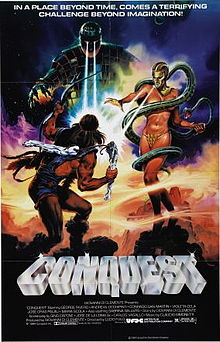 9. A few years back, I wrote an occasional B-movie review blog. Manning’s Manly Movies featured a dialogue between David Manning and myself (generally presented as if we were discussing the film just before, during, and just after the viewing experience). In a way, similar to the round-table with Durbin and Dybing I did last week (where we exchanged thoughts on The Hobbit: The Desolation of Smaug), with one key difference being that they exist, whereas Manning did not. This was no great secret — such could be ascertained by reading the “About” page.

I simply thought it would be fun to write a “Siskel and Ebert” style review, with me pretty much standing in for myself (maybe a more square, uptight version of myself), and Manning being a guy who un-ironically loves all these cheesy B- and Z-grade drive-in flicks (for Manning, the more broads, blood, bad monster costumes, and big-ass explosions the better). “I” played the straight-man role of pointing out the film’s shortcomings, while “Manning” raved about a monster ripping a guy’s head off or Raquel Welch’s deer-skin bikini. It was a case of separating out the ego and the id, as it were, and mining the conflict between the two for comedic value.

Nathan Shumate liked the idea enough to host MMM on his (now defunct) Cold Fusion Video Reviews website, as part of his stable of “Cold Fusioneers.” I cranked out maybe half-a-dozen or so, then got very busy with other pressing demands and let the project fade away (although those reviews remained available until last year when Cold Fusion and all its subdomains went down for good).

This little bit of backstory brings us to last October, when I tentatively decided to revive Manning. I ported one of those lost reviews over here to see how it would go over with Black Gate readers — The Screaming Skull, since it fit in with my month-long Hallowe’en theme. Crickets. It really didn’t generate many hits, and there were no comments, so it didn’t make much of a splash. However, I still have reviews of such fantasy “classics” as One Million Years B.C., At the Earth’s Core, and Conquest sitting on my hard drive. Should I give Manning another run here at Black Gate? 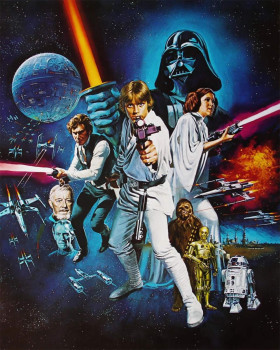 10. I have several other ideas I’d like to tackle, themes I plan to revisit, but to wrap this list up on an even ten, I’ll close with this: Star Wars. Like, an analysis of why the “prequel” trilogy was such a letdown for people my age. I know, I know. I thought I’d never write about that because that’s been done to death — what more could be said? Someone offhandedly asked me, “When you gonna write about Star Wars?” And that preceding question was my first dismissive thought, as I nodded sagely and backed away. Then — dammit — I got to thinking. And I had the Voice Memo app on my iPhone handy, so I started talking. I now have a post “talked out” on the subject; I just need to transcribe it and polish it up. It probably won’t be the definitive or final word on the subject, but I think it’s a pretty good summation and analysis of why we received Lucas’s belated gift with such disappointment. It will be timely, anyway, as we approach 2015 and another round of Star Wars (and — just maybe — a little more of what we were hoping for the last time around?).

As one regular reader of Arak blogposts, I can only say: Keep ’em coming! They have never failed to entertain.

Thanks, Dr. Inknstain! I’ll be back to Arak in short order.