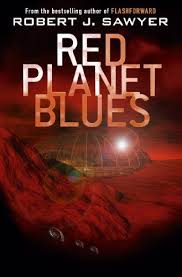 Last week I was talking about dystopias and satires, urban fantasy and paranormal romance, and further thought has led me to observe that genre can be a tricky thing. Of course, I was really talking about how definitions change and evolve, and how we all fight the changes we don’t agree with. I didn’t really talk about the difference between nouns and adjectives. I didn’t mention that something can be dystopian, without being, actually, a dystopia. Or that something can have satirical elements, without being, technically, a satire.

After all, practically everything we read – or watch for that matter – has a romantic element, but that doesn’t mean we’re reading romance novels, or watching rom-coms.

Anyway. I’ve actually had a romance novel published, so I think of myself as someone uniquely qualified to talk about that aspect of crossing genres.

As with any other genre, romance has characteristic conventions, but what really makes a romance novel a romance novel is that it tells the story of a very precise portion of the protagonists’ lives. Specifically, it tells the story of how they met the person they love, and began spending the rest of their lives together. Other things are very likely happening to the characters at the same time. They have work lives, social lives, family obligations. They may have crimes to commit or solve. But if the main plot concerns their love life, then it’s a romance. If there’s also a mystery/crime, that means there’s a mystery element, one that exists only to allow the characters to meet, interact, and so forth. 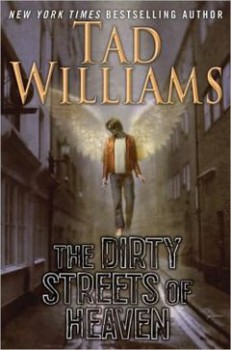 So what about paranormal romance? Take note that “paranormal” is the adjective, and “romance” is the noun. There have been paranormal romances around for ever. Back in the day, “I was visited by Zeus” made an excellent excuse for an otherwise unexplainable pregnancy. As a teenager I remember reading a novel in which a present-day girl somehow found herself back in time, in Scotland or Ireland or some such Romantic (note capitalization) area, where she was suspected of being a witch, and saved by a dashing highlander (note, no capitalization). Was she a witch? Very likely she had some sort of “sight”. Was there time travel? You betcha. Was this book fantasy, or SF? I didn’t think so then, and I don’t think so now. No, not even though it was in the SF section of the school library.

The book wasn’t about time travel, and the problems and issues it might create. The time travel was there as a plot device to allow two people who weren’t contemporaries to meet. The book actually wasn’t about having precognition – though it certainly did get the heroine into trouble. Even the precognition was a plot device, something to put the heroine in danger so that she came to the attention of the hero, who here takes on the role of love interest.

If the main focus of the novel is how the two protagonists met and fell in love, then it’s a romance, no matter what else might be going on.

Why do people cross genres? When writers love and enjoy different genres themselves, they tend to think in those terms, so it’s not unusual for them to mix genres in their writing. Robert J. Sawyer is well-known for novels that mix SF and crime, with Red Planet Blues the most recent example.

Sawyer has said on many occasions that as a fan of both himself, he thought if he wrote a mystery/SF novel he would attract both the readers of mystery and those of SF. The actual result? The numbers tend to be the much smaller subset of people who, like himself, love both genres. Though I suspect that the subset of “readers of Robert J. Sawyer books” is a much larger one. 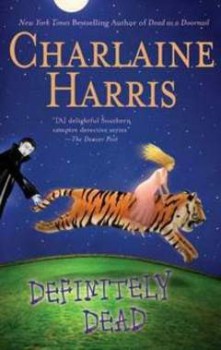 But what makes a book like Red Planet Blues a cross-genre novel, and not the equivalent of a paranormal romance? Both the crime element and the SF element are equally strong and necessary. The crime story could not exist except in the science-fictional setting. The crime couldn’t even have been committed anywhere else – it couldn’t even have existed anywhere else. Then the investigation couldn’t have happened, and the solution couldn’t have been found.

Okay, maybe Sawyer didn’t need to use the hard-boiled, first-person, private-eye narrator, but what would have been the fun in that?

On the fantasy side, Tad Williams does something similar with Dirty Streets of Heaven and its sequel Happy Hour in Hell. His hard-boiled, first-person narrator isn’t exactly a private detective, but then, how many angels are?

While I agree with Rob Sawyer that cross-genre novels don’t necessarily draw in a broader readership, every now and then we get a Charlaine Harris who proves us wrong. Somehow, Harris’ Sookie Stackhouse novels are exactly the right combination of vampire/romance/mystery genres to make them bestsellers.

How exactly does she do this? I have absolutely no idea. If I did, I’d write some myself.

Black Gate » Blog Archive » This Will Be On The Test

[…] mean the solving of the problem,  rather than the men in their lives. Most of us, as I pointed out last week, aren’t writing […]