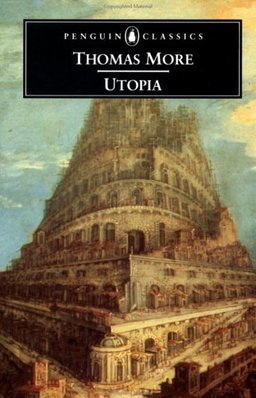 Did you know that in the 18th century, “conscious” meant “guilty”? People have always played fast and loose with terminology and definitions, and we’re all bothered by the ones that bother us, and not by the ones that don’t.

For example, there’s been a bit of an outcry lately over the changing definition of the word “literally.” While I understand – and sympathise – the fact is that new definitions don’t replace old ones, and that English is a language that’s been evolving forever. What’s more important, it seems to me, is that we decide which definitions we’re using at any given time, and we make sure that all other parties to the discussion are using the same ones.

I always thought I knew what “Urban Fantasy” meant. You know, a novel set in a city, with an element of fantasy added in. Usually, but not always, a modern, our-world city*. A novel where the story couldn’t be set in any place other than a city, using the tropes, paradigms and conventions of fantasy. That’s what makes it a fantasy novel, just as the necessary setting makes it an urban fantasy.

Then I was invited to be on a panel where we were to discuss whether it was possible for urban fantasies to have male protagonists. I was confused. I wasn’t aware that to a great many people “urban fantasy” is coming to mean “paranormal romance.” Which is, you know, a romance novel with an element of the paranormal added in. Using the tropes, paradigms and conventions of the romance novel. Which is what makes it a romance novel. 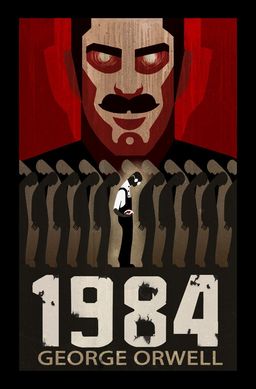 Which brings me to the word “dystopia,” which has really been bugging me lately.

First, just to have some fun, did you know that originally utopia meant “no place” and dystopia meant “bad place”? It’s always tickled my funny bone to think that we’ve come to accept the word utopia as a synonym for “good place,” when its original meaning stressed the idea that it couldn’t and didn’t exist.

Of course both terms are actually literary forms, not places; they don’t exist anywhere but on paper. Utopia was a book written by Sir Thomas More in 1516. It’s sort of in the format of what we now call a novel (it wasn’t called that then, novel-writing having to wait for Cervantes to invent it), with the apparent conventions of a travel tale, but it is in fact a political satire. A way of saying “look at the world we live in, compared to this other world, doesn’t it make you think?” which is the purpose of political satire. That is, to make you think about the world you live in.

There are two classic dystopias that practically every literate person knows, Aldous Huxley’s Brave New World, and George Orwell’s 1984. There are others, but I think those are the biggies. These are often taught in SF courses, and, in fact, originally formed the backbone of such courses.

This is because of their near-future settings. Orwell and Huxley couldn’t use the travel-tale trope (that Swift also used to satiric effect in Gulliver’s Travels) because there weren’t any strange places left in the world. So they had to travel to a different place  — the future – to make their points.

But wait, you say. These books aren’t funny, how can they be satires? 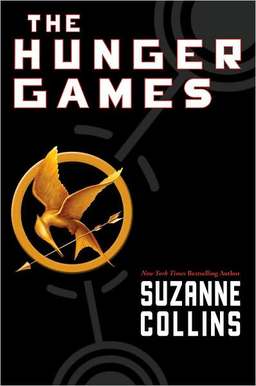 Because there are two kinds, Horacian, and Juvenalian, after the Roman poets who pioneered them. The kind we’re familiar with, the kind that makes us laugh, or that gently kids us into broadening our thinking (the kind that More used in Utopia) is Horacian. When a piece of writing says, as Huxley’s and Orwell’s did,  “Wake up people, look around you, this is a miserable hell-hole with no respite in sight” – that’s Juvenalian satire.

So, Hunger Games and Divergent? Not dystopias. Unpleasant places no one wants to live? Absolutely. Political satires where nothing is resolved? Not so much.

So why is the adjective “dystopian” being bandied about with reference to these novels/films? Because the marketing people don’t want to say “young adult SF/F with a female protagonist.” Dystopia makes it sound so much more, you know, serious.

The day may come when “dystopia” means “a story in which a young woman kicks butt.” But it is not this day.

*if it’s an historical our-world city, it’s generally thought of as an historical fantasy, urban setting notwithstanding. I would argue with that, and I would also suggest that many of the Fafhryd and Grey Mouser stories are urban fantasies as well.

Interesting, especially as I recently finished Huxley’s “The Island,” which is definitely political satire, perhaps even more so than “Brave New World,” but without as many of the SF tropes (though there are some).

For good or bad, the point about story not being the point to satire is quite true, though when the two come together the results can be astonishing and memorable, which I think Huxley does fairly well in “Brave New World” and Orwell does exceptionally well in “1984.” Probably one of the reasons Huxley is remembered today more for “Brave New World” than “The Island,” the latter work reading more like straight political satire.

As for the notion of modern dystopian novels, I’ve come to think of them as futuristic stories in which that future is a “bad place.” Usually they happen in a future not so far away, making them a little more believable to the average reader. Not saying my description of such works is perfect, but it seems to fit in an age in which story is king, followed closely by characters. Though even that is debatable.

TY: there are other satires where the story and the point come together beautifully, which don’t really have relevance to our genre; I’m thinking of Evelyn Waugh’s The Love One — or practically anything by Waugh.

You’re right about modern “dystopian” novels, they are focussing on the idea of a “bad place”, but they lack what I think may be one of the defining characteristics of a true dystopia, which is the circular plot structure. If we think of BNW or 1984, we see that everything returns to the beginning, nothing really changes. Most especially where there’s change for the better, there’s no real dystopia.

An intriguing article. Taxonomy of genres always gets me thinking!

Personally I take a less prescriptive view with regards to the definition of dystopias; while I agree that they are often satiric, I do not think that is a necessary feature of the genre. Rather I would define dystopias as focusing on harsh near(ish)-future societies where the population is oppressed by some brutal force. Often this is a ruling governmental elite that enforces strict control over all aspects of citizens’ lives: this is what I would call the “classical” form of dystopia pioneered in novels by Zamyatin, Huxely, Orwell, and Bradbury and later seen in works like The Handmaid’s Tale, V for Vendetta, Battle Royale, and The Hunger Games.

In another type of dystopia, I would argue, society is still brutally oppressed, but totalitarian government is not the main factor. The oppressing force could be aliens (The Day of the Triffids), artificial intelligence (the Terminator series), depopulation (Children of Men), unchecked crime and poverty (The Parable of the Sower), or climate change and resource depletion (The Windup Girl).

Golgonooza: I don’t think our positions are actually very far apart, but I would argue that the “classic” form of dystopia was pioneered by Juvenal in his collection of poems, “Satires”.

I really do think that in order to have a true dystopia, there has to be a circular plot, where things end up more or less where they began, and there’s no relief in sight. If the plot moves forward, and something about the society improves, then there’s no dystopia, and no Juvenalian satire, for that matter.

I’d be willing to use “dystopian” ie. the adjective, to describe these other works, and to agree that they wouldn’t be classified as satires.

I also want to thank you for a very interesting comment

I just had this discussion with a co-worker who was arguing that The Hunger Games was a dystopia. I said it might be dystopic in certain aspects, but it wasn’t a dystopia like 1984, BNW, Brazil, or We, for many of the same reasons you state. In a dystopia there’s generally some sort of investigation of an aspect of society (often satire), not just extrapolation to create a setting (e.g. the US turns into thirteen districts). The author does go fairly heavy handed on some of the dystopic features – the America founded on 13 colonies becomes an America of 13 districts where their regional characteristics are used against them for production purposes. But that’s not the point of the story/series – the point is hope. And you know hope is going to prevail in the end. My favorite dystopia exhibit a distinct lack of hope. And even when a character feels there is hope, it’s a ruse, a lie, even if they’re allowed to live with the illusion (in Brazil, he gets to live within his head).

The idea that they always have to be in the near future is interesting. Generally they are, but I think it’s possible to place one in another setting if you felt like it by isolating the community or really forcing the issue on whose perspective confirmed the dystopia. It is certainly possible to live in a dystopia for the poor (or minority – like in Handmaid’s Tale. And any book on a history of lynching in the US will give you an idea of exactly how awful it was to be black. But you’re right, with the context in the past, the knowledge of the present gets in the way of being a dystopia).

Black Gate » Blog Archive » Why Did the Genre Cross the Road?

[…] Last week I was talking about dystopias and satires, urban fantasy and paranormal romance, and further thought has led me to observe that genre can be a tricky thing. Of course, I was really talking about how definitions change and evolve, and how we all fight the changes we don’t agree with. I didn’t really talk about the difference between nouns and adjectives. I didn’t mention that something can be dystopian, without being, actually, a dystopia. Or that something can have satirical elements, without being, technically, a satire. […]

[…] and “post-apocalyptic.” Now, as someone who not that long ago had a little rant about definitions, I probably should have been clearer about what I meant by those particular terms. Not that there […]