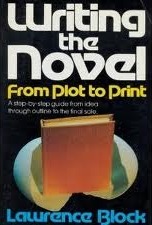 I may have mentioned this before, but now that I’ve started talking about problems associated with plot, I’ll mention it again: There’s a lot of talk out there about plot-driven narratives versus character-driven narratives, where the former is “bad” and the latter is “good.”

Here’s the skinny: these are terms useful to the book reviewer or critic. They’re not useful to the writer and here’s why: There is no plot without character and there is no character without plot. Specifically, there’s no action without a character to perform it, and no characters without actions to define them. Nothing happens unless someone decides to do it, and unless someone does something, there’s no plot. In fact, there’s no story. This is true for every novel, every short story, every film, every TV show, and an awful lot of poetry. Regardless of genre.

There are things like allegories and satires, in which this might be debatable. Of course, the primary purpose of these is not to tell a story, but to get a particular point across, so screwing with the narrative is okay and even expected. But the best of these will at the very least pretend to include character and plot.

Last week, I talked about how badly-used plot devices often arise out of the writer ignoring character and “making” something happen, often to manipulate the reactions of readers and viewers. You can avoid this by asking yourself some simple questions right at the start. Many of us start writing with character in mind, so we ask ourselves, “Given this type of person, what kind of interesting things can happen to her?” Even if you start somewhere else, however, one of the first questions you’ll have to ask yourself is “Whose story is it?”

The answer generally tells you who, among the possibilities, your protagonist should be (hint, the person with the biggest problem). “What’s the problem?” tells you just what kind of predicament your protagonist is in. “Where’s the story?” tells you how your premise, your “idea” becomes a plot (hint, why and how this brilliant notion is a problem for someone). It should also tell you why this story is interesting to people other than yourself.

If you answer these questions, you have a complete narrative thread. 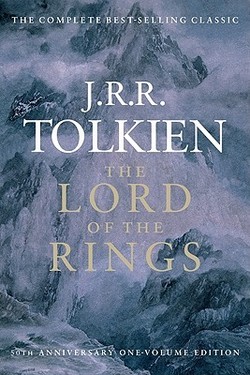 Let’s say there’s a very powerful magic item – in fact the most powerful – that needs to be destroyed. Whose story is this? For whom is this the biggest possible problem? My guess would be, the guy who has possession of the item at the moment. Let’s see, what kind of person might that be? What kind of person would be most tested by this predicament? If it’s someone who can destroy the item easily himself, or cause it to be destroyed, then it’s done and there’s no story. If it’s someone so corrupted by the power of the item that he refuses to destroy it, and no one can interfere with that refusal, there’s no story. If it’s someone who thinks they can use the item for good, well, that might give us a story, but if the problem is to destroy the Ring – okay, you saw this coming, but I figure LOTR is the one story we’re all likely to know.

Did you also notice that in deciding whose story it was, and what the problem is, we also determined where the story was? No plot without character and no character without plot.

So, the protagonist, Frodo, is someone who is willing to destroy the Ring, but can’t possibly do so himself. This is the classic protagonist/problem equation. The hero must do something that he can’t possibly do. If your  protagonist’s character is such that he gives up when faced with impossible odds, again, there’s no story. In order for there to be story/plot/narrative, the character has to do something, even if that something is deciding to think about it (hello Hamlet) and even if that something is ineffectual and doesn’t end up solving the problem (hello Holden).

But today we’re playing Hello Frodo, so we have a protagonist whose character is such that he decides to make the attempt to destroy the Ring, with the help of a few carefully chosen friends.

Okay, good so far. We know whose story it is, and what his problem/goal/difficulty is. Now, where, precisely, is the story? It lies in how Frodo tries, in what he does, how he decides to do it, the decisions themselves, how he manages to implement them, and what the consequences of those decisions turn out to be.

What makes the story interesting is all the complications and difficulties that arise, preventing any kind of quick or easy solution to the problem. Anyone who’s either read  or watched LOTR knows that most of these arise out of the personalities of the characters – their hopes, fears, ambitions, emotions, and so on. Gollum would not have been there to bite off Frodo’s finger if Frodo hadn’t been the kind of person he was.

In fact, when we’re dealing with something as complex as LOTR, we get multiple points of view and the complications, the attempts and the failures, the mistakes and the setbacks are actually fragments of other stories, other plots. There are previous owners who try to get the Ring back, ambitious people who try to get the Ring for themselves – some with good intentions, some not so much. But still, action arising out of the characters themselves.

The question’s been asked: Why didn’t an eagle just fly the Ring (or Frodo with the Ring) to Mount Doom and drop it in? Any writer knows the answer: it’s not the eagle’s story. The story isn’t about destroying the Ring. It’s about how the Ring is destroyed and who did it and what it cost him. That’s where the story is.

Besides, who’s to say that eagle would have made it?

Besides, who’s to say that eagle would have made it?

I always have thought this was a stupid idea.Even if you could convince the eagles to do it, it is literally deus ex machina (the Eagles come from the Maiar, and therefore are a sign of divine providence)