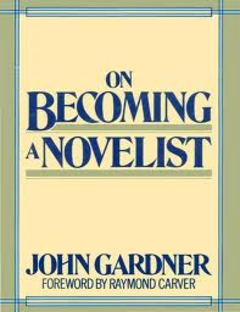 I had occasion to look into John Gardner’s On Becoming a Novelist for something totally unrelated to the posts I’ve been doing lately on plotting and plot devices. While I was checking through the book for the quote I needed, however, I found a few things he had to say about plot that I thought you might find interesting.

For those of you wondering, this is not the British John Gardner who was tapped to write the 007 pastiches in the 1980’s, but the American one who wrote all that Old English literary criticism, who’s one of the best known teachers of creative writing, with his book The Art of Fiction considered one of the seminal works in the field for students and teachers alike. For those of us in the Fantasy and SF community, however, he’s likely best known as the author of novels like Grendel, and Freddy’s Book, and October Light.

I’m going to share these observations in the order in which they appear, for the most part without regard to context. I won’t apologize for all the male-centric pronouns, I’ll just  point out that the book was published after Gardner’s unexpected death (so no changes could be made in later editions) and that male-centric was the default back then (pre-1982), even for most female writers. Here we go:

I find this one interesting on two counts. First, Gardner is talking about suspense here, and I’ve gone on record as saying that withholding information from the reader is a bad idea, and doesn’t contribute to the suspense of the story. Hiding information from the characters is fine – so long as it’s information they couldn’t be expected to have. But I’ve also gone on record saying that I approve of the way Roger Zelazny ends his stories without crossing all the T’s and dotting all the I’s, and that seems to put me in opposition with the last part of Gardner’s advice.

Or does it? I think the vital word in Gardner’s observation is “trick.” I think that Zelazny not telling us what Corwin does next in Nine Prince in Amber isn’t a trick, and isn’t withholding information – anyone paying attention to the characters and the plot knows what Corwin’s planning to do. But not telling us whether Jack lives at the end of Jack of Shadows? That might be trick.

[F]or all his mastery of technique, [the writer] introduces only those techniques useful to the story: he is the story’s servant, not a donzel for whom the story serves as an excuse to show off pyrotechnics. 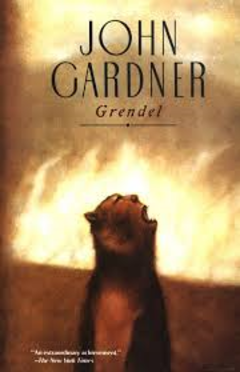 Ok, a minute while you get back from looking up the word “donzel” . . . If you substitute the word “trick” – or, to be more polite, “device” – for the word “technique” you’ll find this observation familiar as well. I like Gardner’s emphasis though: writers should remember, whatever else the story might be about, it’s not about them.

[A] story with a stupid central idea, no matter how brilliantly the story is told, will be a stupid story.

No argument here. Technique, language, style – or great costumes, cute actors and spectacular special effects – these are nothing without a good central idea.

Character is the very life of fiction. Setting exists so that the character has someplace to stand, something that can help define him, something he can pick up and throw, if necessary, or eat, or give to his girlfriend. Plot exists so the character can discover for himself (and in the process reveal to the reader) what he, the character, is really like: plot forces the character to choice and action, transforms him from a static construct to a lifelike human being making choices and paying for them or reaping the rewards. And theme exists only to make the character stand up and be somebody: theme is elevated critical language for what the character’s main problem is.

So, pretty much what we’ve been saying, no plot without character, and no character without plot. I’m  interested in what Gardner says about theme, however. It seems to fit with advice I’ve been given elsewhere (and which I’ve given myself) that you don’t start with theme, you end with it. That is, you know what the theme of your story/novel is only after you’ve finished writing the first draft.

In nearly all good fiction the basic – all but inescapable – plot form is: A central character wants something, goes after it despite opposition (perhaps including his own doubts), and so arrives at a win, lose, or draw.

For me the interesting thing in this observation is the “win, lose, or draw” bit. As writers it’s important to remember that we have any and all of these options at our disposal. We all know example of endings being changed for the film versions of our favourite novels, so that things end more “happily” than they do in the novels or stories the films were based on. The implication is that somehow the more complex ending won’t be palatable to audiences. I don’t think that’s true, and I think it does a disservice to the characters and to the story to force a different ending on them.

And while I certainly wouldn’t want to force you, I strongly recommend John Gardner.

..But not telling us whether Jack lives at the end of Jack of Shadows? That might be trick.

I’ve always been conflicted by that ambiguity at the end (spoiler alert!)

I agree. When I feel confident that I know what happens after a story “ends”, the author’s done his/her job. But when I’m left hoping that I know, something’s gone wrong.

I find John Gardner’s work brilliant, both his fiction and non-fiction, but … and here I might draw some ire … I always take his wisdom concerning writing with a large grain of salt.

Why? Because the man’s non-fiction concerning writing is, for the most part, about literary writing. In his works he quite clearly makes a distinction between literary writing and other forms of fiction writing, which often are dubbed “genre” fiction today. Near the beginning of “The Art of Fiction” he states the book and his words within pertain to literary writing. He talks a little more about genre literature in “On Moral Fiction,” but he doesn’t seem to hold it in high regard, though he admits it does have its place.

Does that mean his thoughts on literary fiction can’t apply to genre fiction? No, obviously. But when studying Gardner, I think it behooves one to remember his distinctions, especially if one is a writer.

And, just to be clear, I’m not trying to be dismissive of nor disagreeable with Violette’s observations above.

But in the case of Jack of Shadows, at least, there’s ambiguity at the end, but there’s absolutely no doubt that Zelazny _wanted_ to end the story at that precise point. I think that’s a different situation than not knowing because the author bodged it up.

Dwight Swain is also worth checking out. Although his focus was primarily screenplays, his guidelines are just as applicable to writing. Story-telling is story-telling: a character who could go either way, a predicament that brings these two traits to the fore, confrontation dynamics*, that climatic decision, then the pay-off. A textbook example (for me) being an episode of the ‘Star Trek: The Next Generation” – ‘Realm of Fear’ – dealing with Barclay’s fear of the transporter. Predicament is established before the opening credits while commerical breaks occur directly after each ‘disaster’. Pretty neat.

* sometimes called ‘sequence and sequel’, a term I hate.

@TY: I have to admit that I feel very ambiguous myself about Gardner’s position vis a vis genre writing. On the one hand his advice is extremely useful, and applies to any writing, but on the other, isn’t he pretty much a literary snob? Answer: yes.
I like to think that if he’d lived longer (he died in 1982 at the age of 49)he might have come to different conclusions, but what I do in practical terms is ignore the stuff I don’t agree with. It used to worry me, a little, that he would dismiss my own work as merely “having its place,” then I decided life was too short.

@ JoeH. No doubt whatsoever. Zelazny never made that kind of mistake, but I do think that in this case his not making Jack’s fate clear _was_ a mistake. He certainly did it deliberately, but I think he was wrong. And that’s not something I would often say about RZ.

@ Aonghus, I wasn’t familiar with Dwight Swain, but I’ll certainly give him a look. My screenplay knowledge has basically come from friends and Wm. Goldman. That’s an excellent example from STTNG, btw. thanks for sharing it.

Gardner’s snobbishness stems from his desire to see English used well, and in service of something more than just plot. One “genre” author he singled out as significantly better than the rest is Stanislaw Lem, who is as sci-fi as they come. He also loved Tolkien, though he had (admitted) difficulty understanding why a man would invent an entirely new mythos, from whole cloth.

The genre community tends to value story (big picture) over craft (small picture). The literary community tends to do the opposite. The two meet and cross over more often than either one would like to admit (Karen Russell is the latest poster girl for this), and yes, perhaps had Gardner lived longer, he might have found more genre writers worth his approval. Then again, perhaps not; like Milne and King John, he had his little ways.

His books needn’t be thought of as rule-books. Even he wouldn’t have approved of that.

But I have yet to find a more challenging set of writerly critiques and opinions than his collected non-fiction works, and I rely on them still, whether writing fantasy, plays, poems, or sword and sorcery. I am grateful that he gave us opinions worth wrestling with.

Thanks for posting, Violette!

To add a little to Mark’s last thoughts there concerning Gardner … Gardner’s writing exercises are some of the best I’ve run across, professionally and at the collegiate level (though it’s been a loooong time since I’ve attended a university creative writing class). I tend to balk at writing exercises, finding them not only boring but also useless, but I can’t say that about Gardner’s exercises. I could see how and where they helped me, and quite often they were actually fun.

Mark and Ty: I find myself rereading Gardner on writing from time to time — as I was doing the other day for a totally unrelated project. You’re absolutely right about his devotion to good writing, and his usefulness in general. I’ve also used his writing exercises in workshops.

[…] just read Violette Malan’s piece on John Gardner (On Moral Fiction) right here at Black Gate not a week before sitting down to re-watch Paperhouse, […]