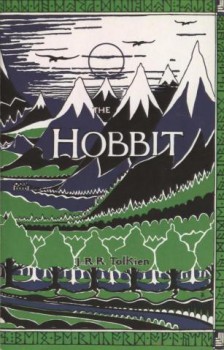 There are seven official mealtimes in Spain. The important one for our purposes is “segundo desayuno,” or second breakfast. Now, I can’t prove that this is where Tolkien got the idea, but I like to think so.

Last week we were talking about food and drink in Fantasy and SF, and how it can be used to give details of setting and character. Since the LOTR films, the term “second breakfast” is always going to be associated with Hobbits, with their lifestyle, and their attitudes to the world around them. Not that it started with the movie. Think about what we learned about Middle Earth in general, and Hobbits in particular – food, social customs, and etiquette – from the dining scene in The Hobbit.

It’s been suggested that we find more mention of eating and drinking in Fantasy than in SF. I don’t think that’s necessarily so, but it’s true that including food and drink in secondary world fantasy doesn’t require much in the way of technological invention or extrapolation – though it does require a little research. Most secondary fantasy worlds are facsimile versions of the past of our world – medieval era, renaissance, etc. –  whether the  basic setting is western European, Aboriginal, Middle Eastern or Asian. Pre-industrial is a pretty good way to think of it.

Food and drink is just as useful in giving necessary details of setting and character here as it is in any SF story or primary world fantasy. Maybe even more so. Besides, our characters still need something to do while they’re talking to each other, and travelling from place to place.

Luckily, it’s fairly straightforward to find out what foods were eaten in what seasons and by whom; what would be available in what kind of climate; how food was stored, preserved and transported, and over what distances. Judicious use of that kind of detail establishes climate, time of year, trade conditions, social status, and the level of technological (or magical) development.

My own main characters, Dhulyn and Parno, are mercenaries, and most likely to be travelling. So except for the odd meal at an inn, their food and drink need to be portable, in one way or another. If it’s the journey itself that’s important, then I can show all the hunting,  and cooking I like – which frankly isn’t much. Sure, they might pick up what they come across, but they don’t do much in the foraging-for-mushrooms sense. 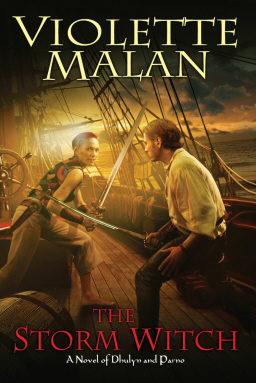 In The Sleeping God, for example, I have Dhulyn keep an eye out for animals to shoot as they ride along; I talk about how to find a good spot for a camp, set up the fire, cook the rabbit you’ve just shot and skinned and cleaned (and yes, I’ve done this myself, so there). And what kind of pots and utensils it’s likely that mercenaries are carrying with them. The Storm Witch gave me a chance to tackle food on shipboard, and a banquet at the table of a foreign king.

But as I’ve said, if food and drink isn’t driving the plot, I can’t have my characters spending a lot of time on it – or doing the same things over and over, which is what would happen in real life. But I do want them to be in good general health, so, like many writers of secondary world fantasies, I invent foods. Whether you call it roadbread (as I do in my Dhulyn and Parno novels) or travel cake (as I do elsewhere), this is a handy-dandy way to get around the fact that there’s no frozen foods, no fresh fruit or vegetables, no multi-vitamins, and no service centres where you can stop and pick up a protein bar.

And you’re right. I’m not completely making up the idea of roadbread. You knew your Christmas fruitcake was so heavy and lasted so long for a reason, didn’t you?

Besides inventing plausible foods, however, we need to be careful about the things we eat or drink all the time, but which can’t exist in our imagined worlds. Or that wouldn’t have been culturally significant at the time periods we’re using. Wine, beer and many distilled beverages have been around for a very long time, as have infusions of various leaves and herbs. But what about things like coffee? It’s become so important in our culture in the last hundred years it’s virtually impossible for our characters to get up in the morning without it. So what do we do? We call it something else. Like “kaffe” for example. Once, in a fit of humour, I called it “ganje.”

Hey, if I’m not having fun, why would I be writing?

Oh, and before you jump on me, of course coffee was culturally significant in the time periods we customarily use for Fantasy fiction – just not in western Europe.

Of course, readers of some of your other work might recognize you are much more liberal in describing food in The Shadowlands, particularly. 🙂

The other thing meals can do, and you do do that in The Shadowlands, is allow meals to be a vehicle for character development.