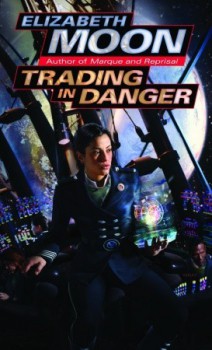 A mystery writer friend of mine once remarked that he didn’t care for crime novels that included either cats or recipes – unless they were recipes on how to cook cats. My friend was kidding (mostly), but I’m sure plenty would agree with his sentiments. Not everyone is fascinated by food or cooking, and that can affect readers’ reactions when they encounter these things in the books they’re reading.

But like it or not, there’s a purpose being served by every mouthful of food and every drop of drink in every book or story we read – or write.

No matter the genre, food and drink can certainly provide motivation in terms of characters’ taking action to acquire some. Every book that has a trading empire at its core (think Elizabeth Moon’s Ky Vatta books, or Robin Hobb’s The Liveship Traders) deals at least in part with the availability of foods, especially spices.

As a general rule, however, food and drink don’t drive the plot. Even in the mystery novels, the recipes aren’t usually directly involved in either the crime or the solution – though the same can’t be said for the cats.

So how do food and drink serve the story if they don’t drive the plot? They give details of setting and character, of course. They lend, in other words, another necessary touch of verisimilitude to the setting of the story – something that’s perhaps even more important to Fantasy and SF writing than it is to other genres. Though that was what my crime-writing friend was objecting to: It’s just not all that believable that so many murderers and their victims are so preoccupied with muffin recipes.

Like my friend, Fantasy and SF readers and writers probably aren’t much preoccupied with recipes – though I won’t make the same claim for the muffins themselves. We’ve got to be considerably more conscious of food-and-drink details than our crime-writing counterparts, however. Verisimilitude of setting isn’t all that concerns us; we have to think in terms of world building.

And now that viewers and readers are so much more sophisticated and well-informed than they used to be – thanks, Food Channel – we’ve got to be even more conscious in our world building than we used to be.

In Star Trek TOS, there wasn’t a lot of reference to what the crew were eating, or where, or even when. But that changed in TNG and the subsequent series. When Picard asks the replicator for his Earl Grey tea (hot), that tells us something about the level of technology in his civilization, as well as something about him personally.

Include non-humans in the crew and you have an absolute need to add new cuisines – otherwise, you’re asking for too much suspension of disbelief. And don’t forget Ten Forward, or any lounge or mess hall where the crew hangs out. What do people do when they aren’t at work? They eat and they drink. (Yes, yes, I know, the Holodeck. Get off my back. I’ll bet a lot of people were visiting restaurants while they were using it.)

And what about all this replicated food? In Firefly, the importance of fresh food is underlined several times: Kaylee gives Shepherd Book preference as a passenger because of the strawberries; Jayne uses his share of some booty to buy apples (and favour). And I know that you get the significance of the crew regularly gathering around a table to eat.

It isn’t just on TV and film that we see this kind of treatment. If we’re talking SF, we can add Tanya Huff, Julie Czerneda, and Robert J. Sawyer to the list of people who include eating scenes, and even restaurants, in their SF novels – even occasionally having fun with the idea of alien cuisines and how humans might feature in them. And we might recall an early scene in Heinlein’s Farmer in the Sky, where supper is prepared in what sounds very much like a microwave oven – thereby establishing the “futuristic” setting (as well as the claim that Heinlein first conceived of the microwave). 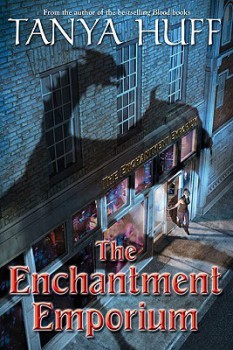 If it’s a little harder for us to think of examples of how food and drink help establish setting in primary world fantasies, it’s precisely because we’re dealing with the primary world. We tend to take the details of the world around us pretty much for granted, and ignore them unless they hit a sour note. But that doesn’t mean food and drink stop being useful, she said, as she buttered another muffin. After all, our characters should be doing something while they’re discussing things, and what’s more realistic than eating and drinking their favourite foods?

Well, they could be cooking, like the Gale women in Tanya Huff’s Enchantment Emporium universe. There’s a lot of baking in those books, especially of pies, but not recipes. The recipes wouldn’t do you any good. The kinds of ingredients used are peculiar – I mean particular, to the Gale women themselves, and are the kind that give you more than calories.

But I’ll return to this later. I’ve got a pie in the oven.

This is why I did a Mind Meld on this subject. Its a rich idea for a number of reasons.

That’s exactly where I got the idea! Be prepared for me to borrow from you in the future!

Jack Vance spends a fair amount of time talking about food, as I recall.

And M.A.R. Barker definitely used food to establish setting on Tekumel — very successfully adding to the Southeast Asian/Indian feel of the setting.

One of my favorite food books is Robin McKinley’s Sunshine.

And I’m still indebted to Diana Wynne Jones’ definition of “stew” in the Tough Guide to Fantasyland.

Joe: I think more people mention food than we may be aware of consciously. Like a lot of setting details, these should appear seamlessly. I wasn’t aware of the Wynne Jones definition, I’ll have to find that, thanks.

[…] Last week we were talking about food and drink in Fantasy and SF, and how it can be used to give details of setting and character. Since the LOTR films, the term “second breakfast” is always going to be associated with Hobbits, with their lifestyle, and their attitudes to the world around them. Not that it started with the movie. Think about what we learned about Middle Earth in general, and Hobbits in particular – food, social customs, and etiquette – from the dining scene in The Hobbit. […]