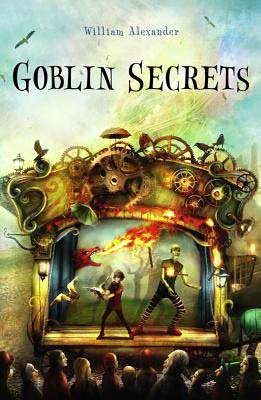 After reading this article about the decay of criticism in online book culture and the rise of the “cult of admiration,” I’m feeling a little furtive, a little tender, when I first sit down to write about things I like. Ashamed of, I dunno, “enthusing.”

I mean, look at that word. “Enthuse.” It’s just soggy with connotation. To enthuse is to be ridiculous, unsophisticated, bumptious even — and don’t I wish my brains to be a whirl of razorblades, that my words might be bright like blood on snow?

That said, alas, I can never sufficiently motivate myself to write about things I dislike. The energy it takes to be snarky! And then, to be cleverly snarky! Things I perceive as stupid sap me of that energy. In fact, stupid things fade so fast from my mind, it’s almost like a magical amnesia, like I was wand-bopped by some Fairy of Forgetting on my Naming Day and doomed to be as unlike Addison DeWitt as a self-styled critic may be.

This forgetting may be a kind of criticism in itself, but it’s not the public, in your face(book), post-to-the-Zeitgeist kind. It is personal. It is not at all useful to society in the ways certain negative reviews can be. (For the interested, author James Enge listed a few services negative reviews may provide, in a recent blog:

Negative reviews provide a public health service: some books, or elements in some books, constitute hazards that the public has a right to be warned about… [They also can be] useful autopsies of failure. Sometimes you can figure out how fiction works by examining a fiction that doesn’t work.

The point of all this — the POINT, my friends and fellow readers — is… that I, um, loved Goblin Secrets, by William Alexander. 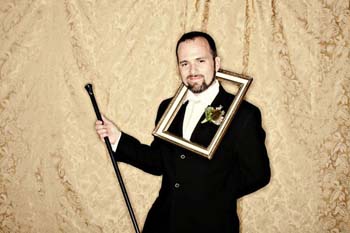 I was afraid I wouldn’t. I’ve met Will once or twice and liked him, and one wants to love the books of likable people. Also, I’ve quite enjoyed his short stories, and his readings, but novels are trickier, ain’t they? Novels are the test.

What a waste of anxiety, people.

Goblin Secrets is a Middle Grade fantasy novel that I, as an adult, was able to enjoy to the full satisfaction of my inner 12-year-old, without my present 30-year-old heaving sighs and tapping her foot about plot, pacing, vocabulary, setting, or character development.

So, Will’s an actor, right? You can tell which writers have been theatre-trained when you attend their readings because, well, they employ projection and articulation and conscious breathing and all that. Will doesn’t slur or speed, he uses gestures and mild contortions of countenance, and the expressiveness in his voice is flexible as a fencer’s wrist.

A good actor can make a bad script tolerable, just as a bad actor can make (my love, my own, my dead and adored boyfriend) Shakespeare unbearable. It is for this reason I cannot always trust trained actors reading their own work. What if they fooled me? What if they glamoured my eyes and ears until plain and stiff prose took on the aspect of glittering gold? 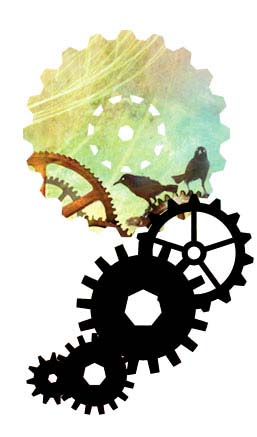 Well, if Will does have the Almighty Power of Voice, he managed to translate it to the page. I was glamoured all over again.

“The moon is full,” Essa said onstage, looking up. It was night onstage, even though the sun was shining above them. Essa said it, so it became true, and everyone believed it.

Our young hero, Rownie, doesn’t have much. He sleeps in the straw, dodges the fists of his adopted siblings “the grubs,” does what Graba – the monstrous half-mechanical witch in whose wandering hut he lives — tells him, and scrounges food when he can. (For the record, this following bit, which is about food and how he sometimes gets it, was one of my first favorite parts, when I started to love the kid for his own sake, and not just because he was the main character of a book I happened to be reading.)

Rownie smelled foods, all kinds. The smells blended together. They ganged up on him and made it very difficult to think about anything else. He lingered by a baker’s stall and smiled. It was his best smile.

The baker passed him some bread. “Yesterday’s,” she said. “Spoil soon anyway, and there’s no one buying.”

Rownie hardly even has a name — only his big brother Rowan’s name, made small. He doesn’t have his brother any more either. Rowan disappeared after performing an illegal play, while wearing an illegal mask.

One day, Rownie chooses to see a play for himself — one performed by goblins (or, Changed) who, as outcasts from society, are allowed by law to do things that humans (unChanged) cannot. This one decision leads Rownie into dangers he’s never had to navigate, and into powers he did not know he could possess. The power to stand tall and speak out — and possibly to save his dusty, broken, unkind city from floods that threaten to drown it. 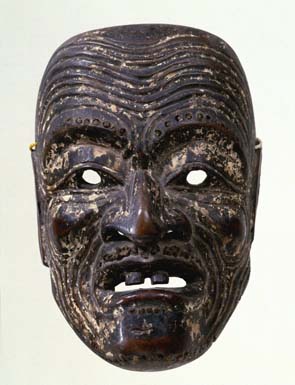 William Alexander’s strengths lie in tangling the familiar with the arcane. His child-hero is alone in the world; this, we can recognize. This is how all fairy tales begin. The adults around him are at best useless and at worst terrible. His peers are all older, stronger, faster — none of them are allies. The child runs away and meets allies. They become his community. Community nourishes him. In turn, his new strength is used for the good of the community, which, odd and poor and outcast as it is, and despite the city’s repugnance for it, wishes to save the city from destruction.

This is not the surprise. This is the foundation upon which clock towers and dust piles and wagon-rafts are built. The surprise in Goblin Secrets lies in the chilling meaning behind a word as common as “coal,” in the dust fish and the pigeons and the puppets, and in the mysteries of Changing — which is never, happily, fully explained. William Alexander knows when to let a sleeping mystery lie.

Finally, in finishing this novel, I felt full up, as if this book had been a feast of fancy, and one that nourishes the longer it lingers. And then, my cup did spill over, and I’m afraid that — at the very end — and possibly because it had ended — I wept.

Sounds glorious! I’ll have to check it out, and maybe use it with my younger students.

Now my brain is working on a long blog post about the failed and unpublished attempts at fantasy fiction of one of my favorite famous mainstream poets. Can I actually write a negative review of this series of almost entirely unknown books that will be illuminating and engaging to the the audience she did not know how to reach. Well, that won’t be the inaugural post!

That was a beautiful review, and it definitely piques my curiosity about the book.

@Asakiyume: Thank you kindly. It was long overdue. You know what it reminded me most of (in a non-derivative, but possibly influenced way)? A mix of Lloyd Alexander’s Westmark books and Diane Wynne Jones’s Chrestomanci novels. Yum! I thought about saying that in the review itself, but then promptly forgot about it while writing.