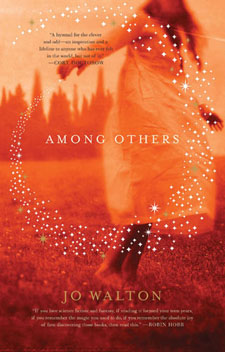 The nominations for the 2012 Hugo Awards have been announced by Chicon 7, the 70th World Science Fiction Convention. Chicon 7 will be held over Labor Day weekend right here in Chicago. The nominations are:

John W. Campbell Award for Best New Writer
Award for the best new professional science fiction or fantasy writer of 2010 or 2011, sponsored by Dell Magazines (not a Hugo Award).

Pretty sure that Best Fancast category is brand new. At least, I don’t remember a category for best podcast before. Nifty. For complete, up-to-date details on balloting and that kinda stuff, see the Chicago 7: Hugo Awards page.

Black Gate will have two tables in the Dealer’s Room at Chicon 7, where we will be celebrating the Hugo Awards as they happen on September 2, 2012. If you’re attending Worldcon, drop by and say hi!

Has any one of our noble, scurvy lot read Jo Walton’s Among Others?
The concept sounds so bold that it intrigues me, but ‘polarized’ is a radical understatement when it comes to the reviews I’ve seen.

You know, I haven’t. But most of the reviewers I trust have really enjoyed it. I’ve seen a few that disagreed, but not enough to steer me away. It looks like something I’ll enjoy.