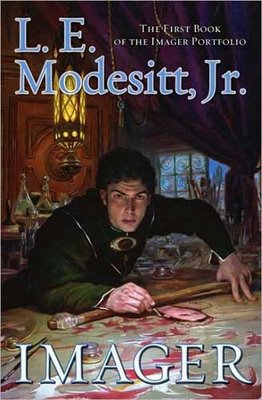 I can’t be the only reader out there who laments the decline of the remainder.

You know what I’m talking about. Those big tables near the front of Barnes & Noble, covered with aging hardcovers for $5.98, and about a metric ton of leftover Valentine merchandise. Yeah, those remainders.

It’s not that remainders are gone. But with the loss of Borders, and the slow evaporation of bookstores in general, I don’t get to browse as many aisles of cheap books as I used to. Bummer. Remainders were a great way to try out new authors on the cheap, and pick up a discount Star Trek calender in mid-January (and get Ali a late Valentine’s card, to be truthful, but that’s not really my point.)

What is my point? This is the age of the Internet! And remainders aren’t dead; they’ve just moved online. Booksellers like Amazon.com routinely offer 60 – 80% discounts on close-out books of all kinds, including best-selling science fiction and fantasy, and a diligent search usually turns up hundreds.

Here’s some of the best bargains I found this week on my regular search for discounted SF & Fantasy in Amazon’s Under-20-bucks list:

Now, just like the old days, qualities for most of these titles are limited at these prices, so you have to act fast. Shipping is extra, but for US readers, Amazon will ship free if your total is above $25.

I can highly recommend 20th Century Ghosts — a brilliant collection.

Thanks for posting this, John, I think I’ll pick up a few of these…

You’re welcome, Bill. And yeah – I made sure I nabbed the ones I wanted before I posted the list. 🙂

Meh, I only use Amazon when I cannot get what I want locally. And Waco does have a pretty good used bookstore/ comic book shop (though not as good as Powell’s or the plethora of used bookstores in S.F.)

They will ship you your entire order for one low, low price!

Good for you buying locally! When I moved to St. Charles, IL, it was filled with small local bookstores — especially used bookstores — where I shopped regularly and was able to get a regular supply of vintage SF paperbacks.

They all went out of business about a decade ago, shortly after the arrival of the big BORDERS and BARNES & NOBLE superstores (and now, just the B&N).

I happen to think B&N is a great store, and I still shop there, but the bulk of my book shopping is online there days, bu necessity.

E.R. Hamilton is great! I used to spend many hours each month, pouring over his catalogs.

But they just don’t carry enough fiction for me. Now, if I wanted to buy two dozen remainders cookbooks or photography books…

[…] Many of last week’s discount titles are still available; you can see that list here. […]