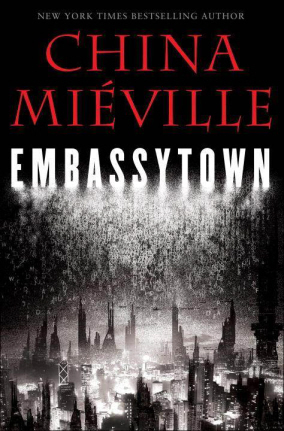 Embassytown is an excellent and astonishingly original science fiction novel. It is also a clever subversion of C.S. Lewis’s Perelandra, defending as it does a literally Satanic theme in its rationalization of the intentional corruption of innocence. As such, it could be considered to be a philosophical novel of the sort that Umberto Eco writes; this is the sole aspect of the book that is both weak and unoriginal. But the trivial nature of the philosophical aspect does not detract from the novel in the slightest, as very few readers indeed will be aware of either the subversion or the subtext despite the relatively clear suggestions provided by Mieville.

The story concerns a human colony of the future that is established on a very distant planet inhabited by a strange and sentient alien race that speaks a unique language that involves two simultaneous voices. In order to communicate with the aliens, it is necessary for humans to speak in specially trained, genetically identical pairs because the alien’s link between Language and mind is such that the aliens cannot understand the sounds even if they are reproduced accurately by machines or unrelated human pairs. These trained pairs, called Ambassadors, are the colony’s only means of communicating with the aliens, whose biotechnology is required for them to survive given their very limited support from the human empire to which they owe a rather tenuous allegiance.

Problems begin to creep in when an unusual ambassadorial pair is sent to the colony, a pair that is able to communicate to the aliens despite being genetically unmatched. Their speech acts upon the aliens like a drug, which rapidly causes the collapse of the alien civilization and the near-collapse of the human colony that depends upon it. This unusual, and intriguing plot serves as the basis for a very shallow philosophical debate concerning original sin and the question of whether it is better to be innocent and incapable of speaking untruth or fallen and informed. 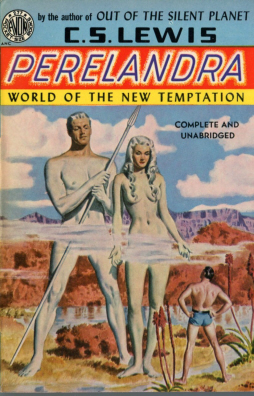 Like Perelandra, it is a tale of the Garden of Eden, but in this case, the Fall is not only presented as a triumph of sorts, albeit a bitter one, but also an event that is necessary for the survival of the species.

Style: 5 of 5. Mieville is an excellent stylist. He almost seamlessly blends his futuristic neologisms and alien terminology with warm and humanistic feeling. His sentence structures are sophisticated without feeling complicated or contorted and he has an unusual ability to provide the reader with a very clear picture of the extraordinarily bizarre constructions he envisions. He is one of the SF/F genre’s best stylists and well merits his reputation as one of the most literary science fiction authors writing today. Even the way he visually represents the exotic two-tongued alien speech is a stylistic and creative success.

Story: 4 of 5. The story in Embassytown is absorbing throughout, especially because the setting is so wholly different that the reader has almost no idea where Mieville is going to take it because he finds himself on completely alien ground. It would take many paragraphs of description to do it any justice, so I will forgo any attempt to do so and simply assert that the story is very good and leave it at that.

Characters: 3 of 5. It would perhaps be unrealistic to expect Mieville to maintain the high level of excellence he exhibits in a completely uniform manner. His characters are by no means weak, they are entirely competent and never detract from the story. But neither are they memorable or inspiring, they tend to do little more than fulfill the role they are meant to play and their motivations tend to be somewhat obscure to the reader even when Mieville takes the trouble to explain them. The protagonist, Immerser Avice Benner Cho, is almost entirely forgettable despite her unique status as a simile, her impressive intellect, and her heroism. It is somewhat amusing how Mieville can barely be bothered to waste much effort on the sexual libertinism of his characters; he appears to conclude — correctly — that what was transgressive forty years ago is simply tedious today. 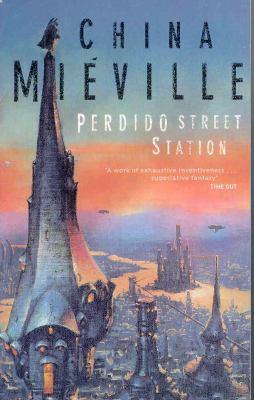 Originality: 5 of 5. Mieville is without question the most original and creative writer in science fiction today. Whereas one can often trace the roots of another very good SF writer’s ideas, Mieville stretches the conceptual envelope to an extent that is almost staggering at times. What is so impressive about Mieville’s originality is that it isn’t merely there for ornamental effect, but is fully integrated into the plot to such an extent that the story would not exist without it.

Overall: 9 of 10. I have not read all of Mieville’s books, but in my opinion, Embassytown is a better and more impressive novel than either Iron Council or Perdido Street Station. While I am not particularly fond of Mieville’s taste for the grotesque — many readers will find it off-putting to a greater or lesser extent — and I am not impressed with his wearily predictable science-flavored philosophy, I find myself in awe of his unique combination of worldbuilding originality, plotting precision, writing talent, and literary courage.

If you have any appreciation for intelligent, high-quality science fiction, this is not a book you should permit yourself to miss. It is long, it is unusual, and it takes its time getting into its stride, but it is well worth the effort required.

WE WERE ALL WATCHING the new Ambassador.

Ez hunkered down into a slightly pugnacious pose. He opened and closed his fists. I could tell he enjoyed what he was doing. He looked up at the Hosts from below a gathered brow.

Ra watched them sidelong. He pulled himself up, so tall and straight that he seemed to teeter slightly. The two of them were so absurdly distinct it was like a joke that erred in overdoing it. I was reminded of Laurel and Hardy, of Merlo and Rattleshape, of Sancho Panza and Don Quixote.

When they were done speaking, a wave of something went through all of us in Diplomacy Hall so palpably it was as if it rippled the ivy. I turned to Ehrsul and raised my eyebrows. We all knew this had been momentous, but there were perhaps a full five seconds before any of us realised that anything bad had happened.

THE HOSTS were swaying as if they were at sea. One spasmed its giftwing and its fanwing, another kept them unnaturally still. One opened and closed its membranes several times in neurotic repetition.

Three were plugged into their zelles by flesh skeins that bled in chemicals or energy, and by I suppose feedback the untoward behaviour of the Hosts infected their battery-beasts. The little ambulatory generators staggered, emitted sounds unlike any I’d heard them make before.

In very slow and unnerving unison, the Ariekei emerged from their trance. Their eye-corals drooped toward us, and at last focused. They straightened and unstiffened their legs, as if coming out of sleep.

EzRa were frowning. They whispered to each other, and spoke again.

Are the bodies and/or brains of our Hosts troubled by invading biological entities or an allergic reaction to an environmental factor? they said, I later learnt. That is they said, Has something happened to make you suboptimal? They said, Are you alright?

Their words sounded as if Ez said some stuttering poem while Ra mimicked birds. As they spoke the Ariekei jerked again, again in that ugly simultaneity, the linked zelles snapping back with them. They were lost back to their glaze. This time one made a noise, a moan from its Cut-mouth.

JoaQuin and MayBel conferred in agitation. MayBel approached the Ariekei. The Hosts came gradually again, very gradually, out of what had taken them. CalVin saw me. We stared at each other, across the room, for the first time in some time. I saw in their eyes nothing but fear.

Sitting on my shelf; part of my short list. Looking forward to it even more after this review.

[…] winner Jo Walton, whose banal Among Others beat out Mieville’s brilliant Embassytown. (Read my Black Gate review of it.)  Vonda N. McIntyre’s The Moon and the Sun beat out Martin’s A Game of Thrones, […]